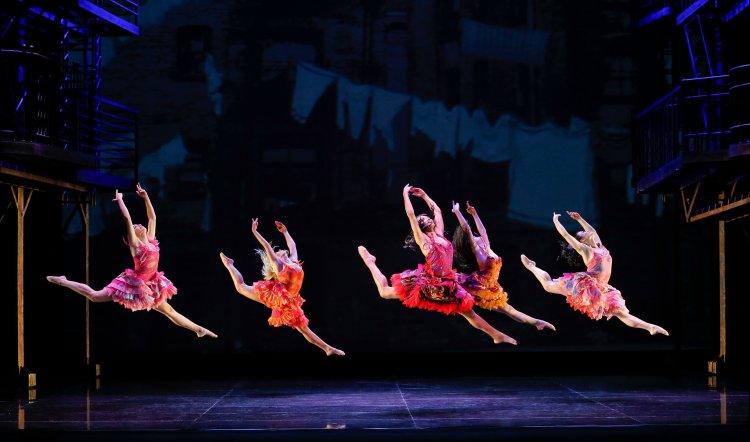 This production is another restaging of the original Jerome Robbins production – and why not, Robbins was one of the greats. It is not to be confused with the Opera Australia Handa on Sydney Harbour production currently running.

This touring production of West Side Story features a different cast, at least half of whom are making their musical theatre debut. It is an interesting decision by OA, given that it is only some six years since the last production of the show. It is, of course, touted as one of the best musicals ever written.

Much of the cost of a touring production go to just that – touring. The set (Paul Gallis) is simple: an open stage with vast imaged backdrops depicting the lower west side of New York City. There is the outline of a shop that trundles on and off, a rack of clothes for the “shop” scene and a small bed for the bedroom scene.

Scaffolding abuts each side of the stage and comes together to create the dense living style of the tenements, and also gives the show its different levels. The lighting (Adam Sutton) is critical in this type of production and it worked by enhancing areas and players when needed and creating an atmosphere when it was required. 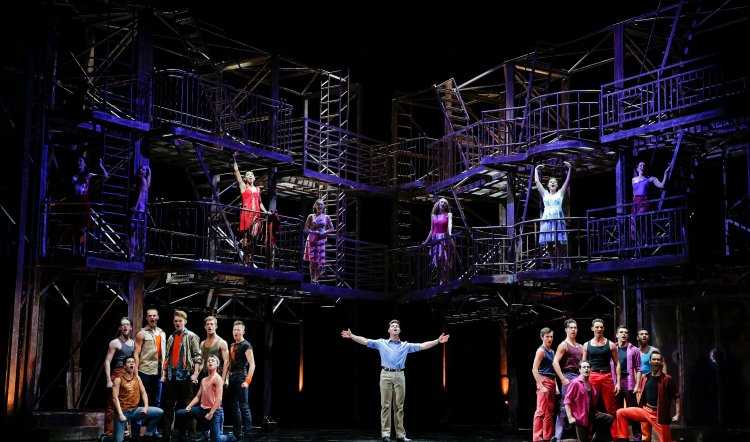 The cast – wow - young and vibrant performers. They have the triple threat: they can dance, sing and act.

As a restaged production, it is directed to within an inch of the original (Brendan Yeates) which can be difficult for an actor with no leeway for individuality. For the audience though it’s magical. Let’s face it Robbins, Arthur Laurents, Leonard Bernstein and Stephen Sondheim are mostly better than it gets.

When the magnificent State Theatre curtain rose, the orchestra struck and the lights came up on the first dance sequence – the prologue, setting the scene of the two gangs, the Jets (White Americans) and the Sharks (Puerto Ricans), a shiver went down my spine. Ensemble dancing when it’s good is unbeatable – these boys were menacing and they were engaging.

The first duet, Tonight was a mix of modern meets opera and it was powerful. Todd Jacobsson as Tony was beautifully lovelorn. When we first met him outside Doc’s (Ritchie Singer, being stoically understated) Drugstore he had the persona of a young man who wanted to change, he brought me into his world and really set the scene for what was coming next. At times the change from chest to head voice was a bit sharp, but I put that down to opening night nerves. Alongside him is Sophie Salvesani as Maria, the modern Romeo and Juliet. Salvesani’s voice was as big as her heart.

One of the standouts was Anita (Cloe Zuel) who was strong and vibrant. Her boyfriend Bernardo (Lyndon Watts), leader of the Sharks was her equal, proud and strong. The find of the pack for me was Riff (Noah Mullins) He had the persona of the clean-cut all-American kid, but underneath there was boiling hatred. In his debut performance in a significant role, Mullins held his own. He is someone to watch. 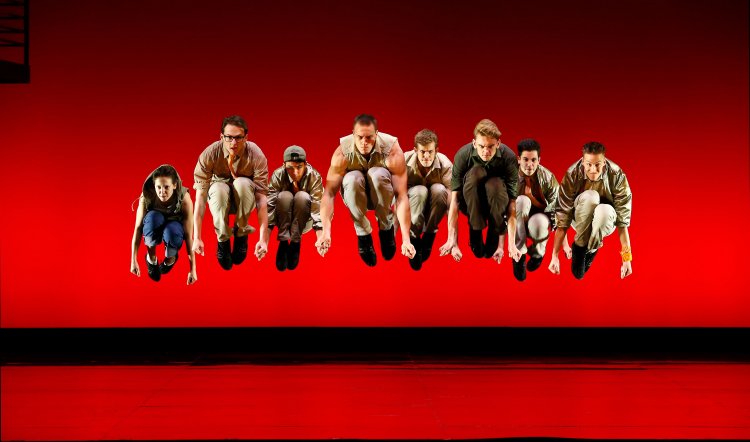 The dialogue is of its time – a bit dated – but the essence is there: the unfortunate and oft fatal flaw of not liking someone who is different to you. Something we are seeing a lot more of these days with the rise of white “supremacy”.

I can’t fault the actors and in a show such as West Side Story, the ensemble dancing and singing is pivotal to the story. Their dance lines, their singing and their faces told the story. Orchestra Victoria under the baton of Donald Chan was outstanding.

Australia should be proud of the wealth of talent we have and the new lot coming through are not going to disappoint. A dazzling display of one of the greats.

(Almost booked out so be quick.)