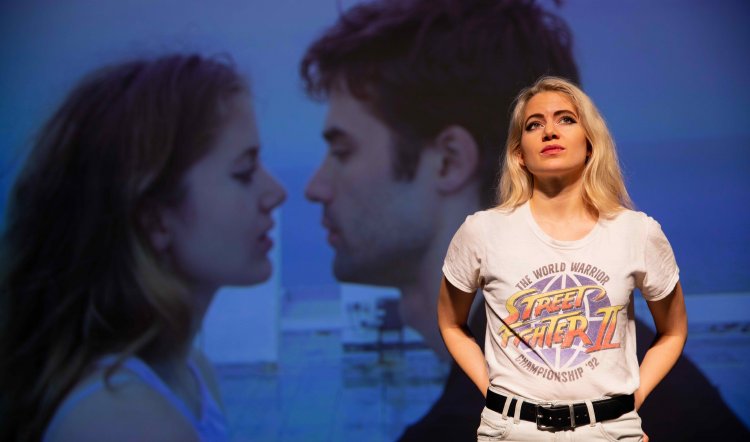 Some years ago, Samira Elagoz was raped by her boyfriend. She was in her early 20s and is a filmmaker of Finnish-Egyptian descent. Like any woman who has experienced sexual assault, she was both traumatised and bewildered. She didn’t go to the police – there was no point, he was her boyfriend – and a while later she talked to him about it. By then he was her ex- and he told her that if he saw her again he’d probably want to “force-fuck” her.

A year later, on what she calls her “rape anniversary”, that response and her own curiosity made Elagoz decide to do something unusual – possibly unique. She began making filmed interviews with friends and family members about what had happened. Later, she went on, cinema-verite-style, to seek answers – and find more questions – across a much wider time frame and continents to the man problem.

The one hour show opens on a stage bare but for one plastic chair and a large screen. A pounding dance version of “You Don’t Own Me’ electrifies the space as the screen fills with scarcely identifiable kaleidoscopic images in obscurely sensuous fragments, unspecified yet suggestive body parts, writhing and vividly coloured that finally coalesce into a recognisable female.

This sequence instantly and powerfully sets the scene for an examination of the male gaze, the power dynamics of male-female relations in the 21st century, identity politics and the relentless sexualisation of young women.

It’s a punch in the face and exciting too and barely three or four minutes have passed. Then Elagoz calmly appears, dressed in faded pale blue rip-kneed jeans, a demure white top and white sneakers. Her gleaming blonde hair cascades about her shoulders. She begins to speak and the show is on. 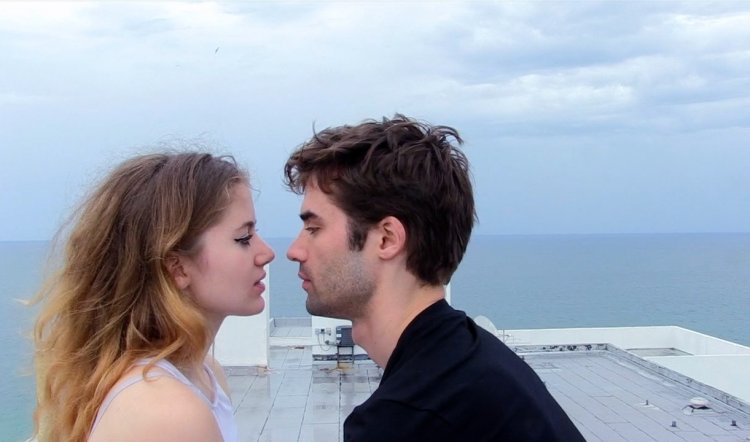 She does not look like a victim – of rape or anything else. And she’s neither a trained performer nor a natural, which is a powerful rather than weakening factor. The core of the piece is Elagoz describing how, post-rape, she was unable to properly connect with men and instead stood outside it all to “experience men experiencing me”.

She is serene in the telling of these uncomfortable truths, seemingly unperturbed by the highly sexualised images of her younger self staring back at us in defiant close-up: the selfies and pouting party pix so familiar to anyone who is or knows a 15-25-year-old.

Lest the more mature begin “tut-tutting” at these titillating portraits, remember that among their direct forebears are Brigitte Bardot, Lolita played by Sue Lyon and even the “beauty pageant” brats, among whom was Jon Benet Ramsay. Attributing extreme coquettishness to young females and rewarding it with Daddy’s approval is nothing new. And the problem with it is the all-powerful needs of capitalism and its patriarchy: to shift product of any kind on the bodies of women. It traditionally requires exaggerated female “sexiness” and is all-pervasive in advertising and social media.

Whether she was thinking about it at the time, Elagoz was in thrall to the scarlet-slash pouting mouth and the virtual offering up of the body – acolyte to priest, virgin sacrifice to almighty god-lord. Yet her own agency is clear to us – the audience – in her control of the camera and the setting up of situations, via Craigslist ads. Amazingly, however, there are men among those she interviews who are entirely unaware and unable to see beyond the end of their own dicks!

Nothing new in that either of course, but in this multimedia approach, Elagoz illuminates the breathtaking sense of entitlement and barely suppressed aggression visible in the older “alpha” men in particular. The younger ones: not so much. They are almost reluctant to “look”, they offer tenderness and shyness, whether they mean to or not. (It’s also hilarious to be reminded of how often deeply unattractive older men are entirely unaware of their shortcomings and seem to believe they are Brad Pitt’s slightly craggier siblings.) 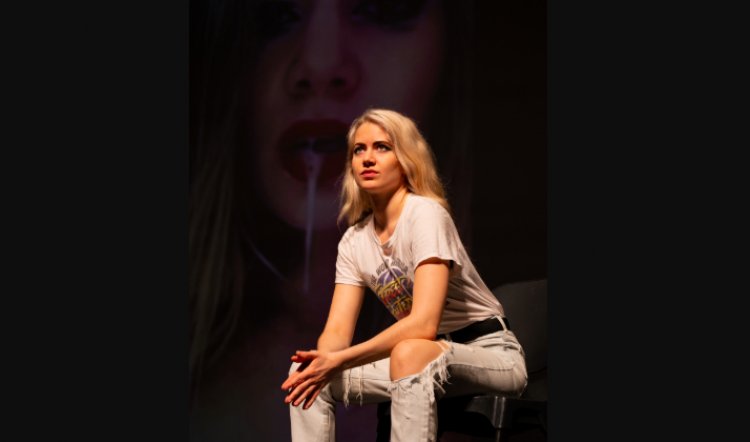 There’s little to find hilarious in Cock, Cock… however, because Elagoz has chosen to confront head on what is to women the most dangerous aspect of society: men. Her mother and grandmother are a gentle, ordinary interlude in her quest. And her father – an academic who reads Arabic poetry to her – provides sublime moments. As one young man muttered, after the performance, “Every man and teenage boy should see it, please”.

It applies to women and girls too. In this small yet monumental show we see Elagoz’s courage, curiosity and willingness to scrutinise her own thoughts, motivations and actions. And it vital to do that in a world that bombards females hourly with the hegemony of male power and privilege.

While we’re being panicked by one kind of viral pandemic, there is another which, arguably, is way more serious: murder of women and girls by men. Euphemistically known as domestic violence, but plainly just vicious, enraged, hate-fuelled murder, we could all learn a lot from this show.

Cock, Cock… isn’t for the lily-livered, nor is it “theatah” in the conventional sense. But it is what I come to Adelaide hoping to find: it’s supremely entertaining, brilliant, rude, uncompromising and inspiring.