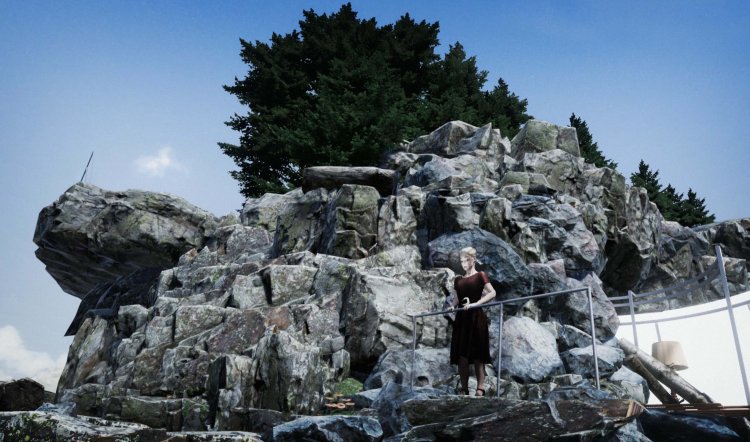 The 2020 Adelaide Festival is halfway through and Eight is one of the great successes. It’s mostly sold out – try for cancellations, two people were lucky while I was waiting – and that’s not just because it’s a solo show. (That is, a show for one audient at a time!)

Eight is a new kind of artwork, a new kind of theatre. It offers a new kind of music and a new experience of VR – virtual reality. First of all, arrive a little before your allotted time. Sit on a white bench in the old part of the State Library of SA.

It’s like waiting outside Mother Superior’s office. Even if you haven’t been naughty, your heart beats a little faster. You’re offered a laminated sheet of lyrics to read. It’s not a test, probably, maybe, who knows. The words are poetic, mysterious and Delphic.

You’re ushered into a dimly-lit ante-room. An attendant relieves you of bag or whatever. You wait a bit more. It’s quiet. After a minute or two, maybe more, you’re directed into a darker space and an attendant tells you about the noise-cancelling headset and the VR set you’re going to wear.

Are you worried? Do you have questions? Okay, if you do feel troubled or want to stop – raise your arms. On go the noise-cancellers. Then the alien warrior head set. The attendant makes sure it’s secure and you can focus on the word “Eight” – bright white somewhere out front. 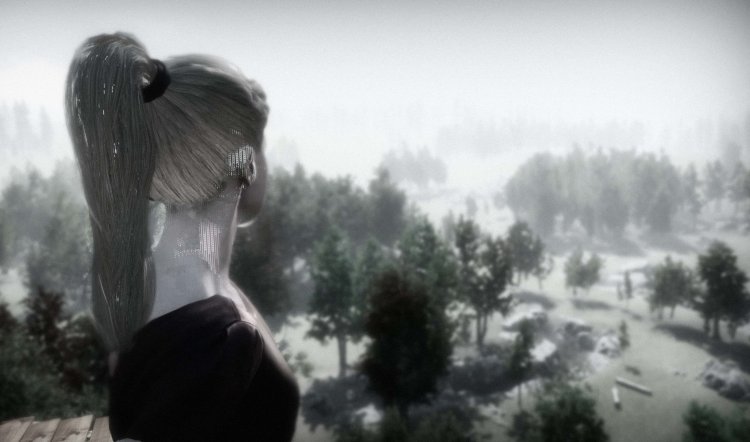 On and into a curving white passageway. You’re told to check your hands – I hold them out and look down. They’re there and look familiar, although the skin colours are odd and even though I move fingers, I’m not convinced they’re mine. Further in to the luminous passageway. Isn’t this where Kerry Packer went and reported back that there was fuck all on the other side?

A woman beckons. She looks like Jane Lapotaire but probably isn’t. The music is ethereal, of course. The woman touches the wall and her hand disappears. I touch the wall and it’s stretchy jersey fabric. She beckons some more, on we go. At least, I think we do. It’s dreamlike and really unreal, or unreally real…

The woman vanishes and morphs into Kate Miller Heidke, she sings and smiles and is reassuring. I recognise some of the already-read lyrics, but their meaning merges into the landscape emerging as we reach a rocky outcrop and sky above; where’s Kate got to?

Up there, high on another outcrop. Or is it the same one? Is she here with me? Am I looking at myself? Am I here at all? The light and landscape changes. It’s late afternoon, twilight maybe. It’s a high place, there’s a handrail. I reach for it – it’s real! Just as well as spread out below is a forest and mountains and way beneath is Kate, still singing and looking benign.

Maybe she isn’t. Maybe this is what the Sirens were like. What should I do? How do I follow? I can’t see stairs, or a slide, or wings. Should I jump? It would be interesting to jump. I mean, it’s not real…I wouldn’t fall. Would I? 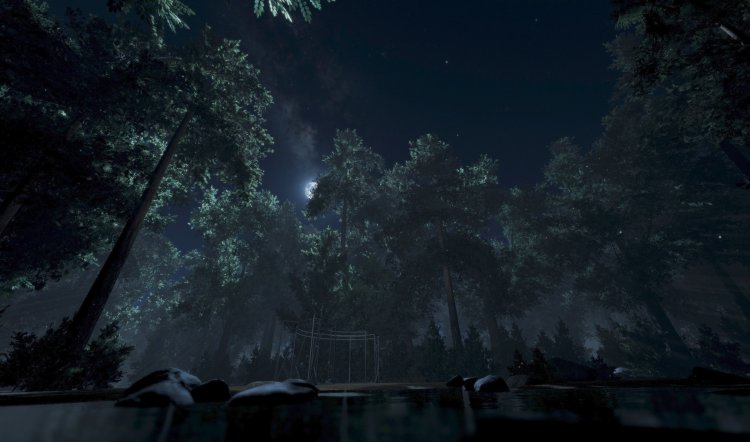 The decision doesn’t have to be made: the landscape changes – it’s a water-lit cave, the walls dripping. I follow across a pool on a dodgy-looking timber walkway. Down another corridor. I look back and the cave is still there – I could go back. Michel van der Aa is a composer and video artist. I have no idea what he wants me to do, nor what I’m revealing about myself. I go on.

The older woman reappears and a girl kid too, maybe nine or 10 years old. The kid also looks friendly and benign. There’s a big table and the woman throws a red cloth over it. The girl crawls inside and invites me to follow. Oh really?The woman gestures, I crawl in. It’s cosy. How many times did I do this when I was a kid? The girl sings. She’s nice. I watch and listen, sit up straight.

Eight is 15 minutes long and the title apparently refers to the eight-by-eight metre space in which it all happens – designed by pioneer VR set designers Theun Mosk and The Virtual Dutch Men. Well, that’s what it says. It also says if you have heart trouble, claustrophobia, vertigo or a few other things, you might think twice about following Kate. But was I bovvered? Nah.

Probably, I take too long because I want to look at everything and check it all out, savour it, never mind the threatening vertigo. Eight is something adults never get to do: be part of magic and amazement and spells, and test a few personal barriers of trust, imagination, and wonder. Wow and thrice wow!