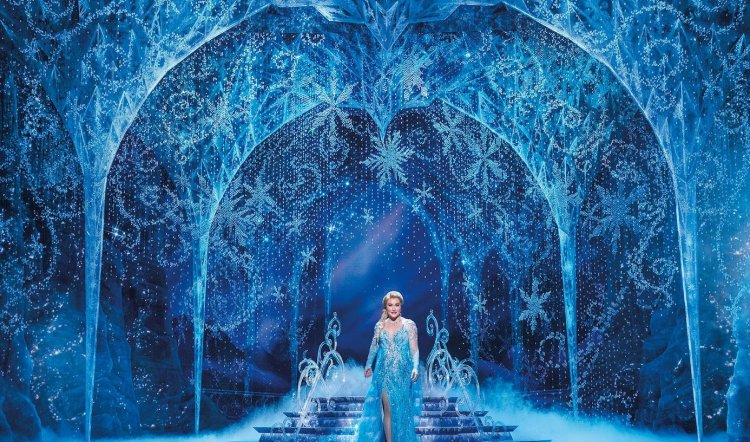 Frozen the Musical completely brings to life the adventure of the well-known Disney movie, and transports it – magically -– onto the stage. Two royal sisters, Elsa and Anna, have been growing up separately since they were very young. Anna never seemed to understand why she never saw her sister, and why she was forced to make friends with the “pictures on the wall” for lack of any other company. What she doesn’t know, however, is that her older sister was born with magical ice powers, ones that proved dangerous early on.

Out of fear for their safety, their parents made sure to keep the sisters away from each other, the magic a secret, and the castle secured and isolated. Now, on the verge of turning 18, Elsa must open up the gates to the castle for the first time in forever so she can be crowned queen. Anna is overjoyed to be able to see her sister, as well as real live people (and maybe, she hopes her person), while Elsa has to prepare to keep her powers at bay in front of so many citizens. 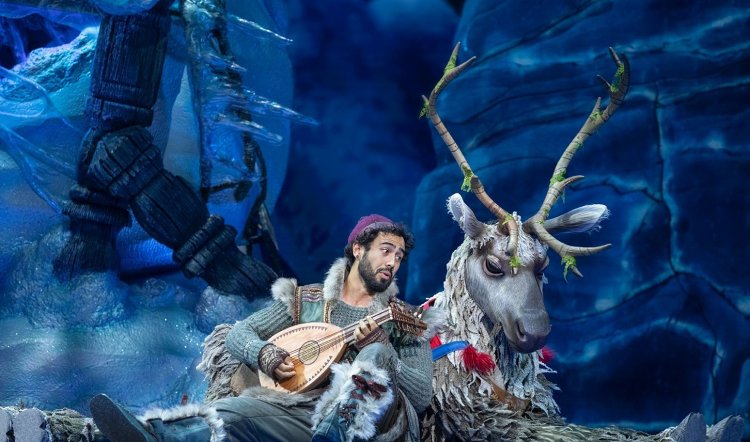 The show set is completely spectacular (Christopher Oram). Scenes transition between each other seamlessly, and the use of strategically-placed lights and mechanics really bring Elsa’s magic to life. There is incredible detail in all the set pieces, and I found myself recognising aspects on the stage that I remembered directly from the movie. They also manage to incorporate brilliant puppetry (Michael Curry) for characters such as Sven the reindeer and Olaf the snowman who loves warm hugs.

I was a bit concerned about the many new songs – could they be placed seamlessly into the story just as well as the ones that had been written for the movie? The answer is yes, yes they definitely can. The songs, including my personal favourite – a duet between Anna and Kristoff (“What Do You Know About Love”), allows a deeper insight into some characters and relationships that weren’t explored in such a way in the movie. The singing itself from the entire cast is fantastic, especially Jemma Rix as Elsa and Courtney Monsma as Anna – they have extraordinary voices – as well as Thomas McGuane and Sean Sinclair as Hans and Kristoff.

It may be because of my familiarity with the movie, but occasionally the narrative felt rushed and a bit discombobulated. Scenes are switched about to cater to the musical numbers and other lesser changes from the movie. And, while waiting for iconic performances like “Let It Go”, there is suddenly a different scene than the one I had been expecting. However, it was nice, in a way, to be reminded that although this is a story so many are familiar with, this show holds its own as a separate production.

Despite its childlike appearance – and the parents' eyes I can imagine rolling at having to listen to yet another rendition of “Let it Go” – Frozen the Musical has an engaging quality that is enchanting, and has really heartfelt and deeper messages that kept me loving it the whole way through.