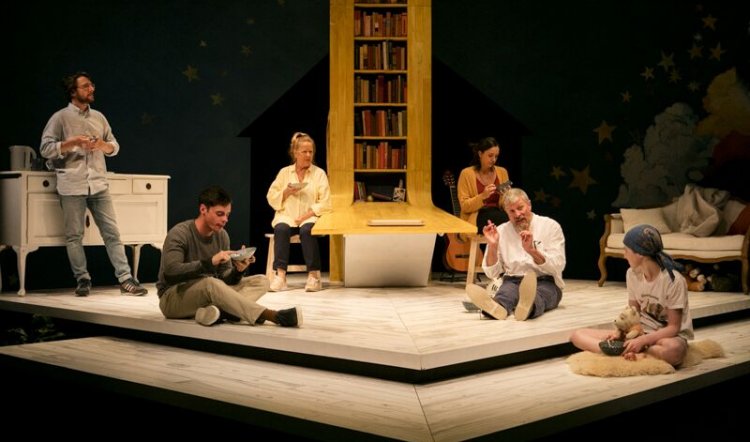 JESUS WANTS ME FOR A SUNBEAM

Peter Goldsworthy's 1993 novella Jesus Wants Me For a Sunbeam was adapted for the stage by Steve Rodgers (commissioned by director Darren Yap) and produced at Riverside in 2018. It’s a tough and tender piece of writing. Rodgers has achieved a remarkably focused portrait of a very specific family dealing with the non-specific universals of loss and grief. And it’s brought to life at Belvoir by a fine cast.

Between them, under Yap’s sensitive direction, the company makes something natural and believable out of a premise that has, at its heart, a flaw which is the idea of two people meeting up in Heaven after one has committed suicide. You don’t have to be a theologian to know that ain’t gonna happen. Maybe – let’s go with this – God might forgive the mortal sin if it was committed to comfort a beloved child. It’s a tricky hypothesis and in itself, hard to swallow. Nevertheless…

Once upon a time, young and hopeful Linda (Emma Jackson) and Rick (Matthew Whittet) fell in love. And then they fell in love with their love and the life and family they created. Radiating smug happiness and faith in the Lord, their son and, two years later, a daughter are born. The babes are christened by kindly priest (Mark Lee) whose chalice runneth over at these additions to his flock.

Bringing a welcome splash of vinegar to this cake stall of nuclear family bliss is Grandma (Valerie Bader) who is as down to earth and unpretentious as her daughter and son-in-law are Good Ship Lollypop. Her hubby, Grandpa, is a two-pack a day bumbler (also Mark Lee) and won’t frighten the horses – or choir boys. And all this is revealed retrospectively as now-adult son Ben (Liam Nunan) struggles with the events of his understandably traumatic childhood. 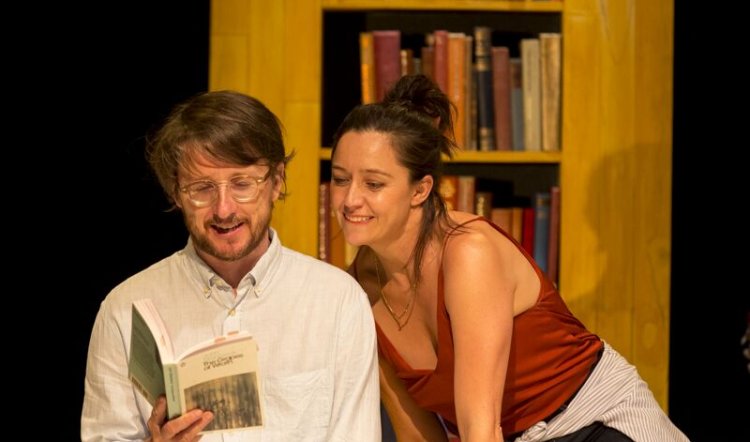 The action is played out on a set (design: Emma Vine, lighting: Verity Hampson) whose central feature is a soaring, contemporary church-like altar which promotes the worship of books rather than God. They get rid of the TV and Rick plays his guitar and sings, stopping just short of Kumbaya. The little family gathers in photogenic groupings to read stories – the Russians, bedtime, Dickens, AA Milne – even their little girl Emma (Grace Truman) is permanently nicknamed Wol, after the feathered sage of Winnie the Pooh.

Goldsworthy and Rodgers seem to be asking – exploring – the questions of what a parent will do for a child, how far will a parent go? When is God not enough? When does a priest’s faith reveal itself as a manipulative crock? As it is, the central premise of the story is a gaping hole that no Christian could get past, nor any secularly-interested bystander either.

In 2015 Ricky Gervais tweeted to the outraged British faithful: “There have been nearly 3000 Gods so far but only yours actually exists. The others are silly made-up nonsense. But not yours. Yours is real.”

If that shocks you as much as it did such responders as @FuriousAnne of Chelmsford, then this is the story for you. Much-needed grounding is provided late on in the 80 minutes by Valerie Bader as Wol’s oncologist, but it’s a hard row to hoe and highlights something Rodgers said of Goldsworthy in an interview with Elissa Blake/Audrey Journal: “He is looking at the interplay between the rational world and an irrational love.” 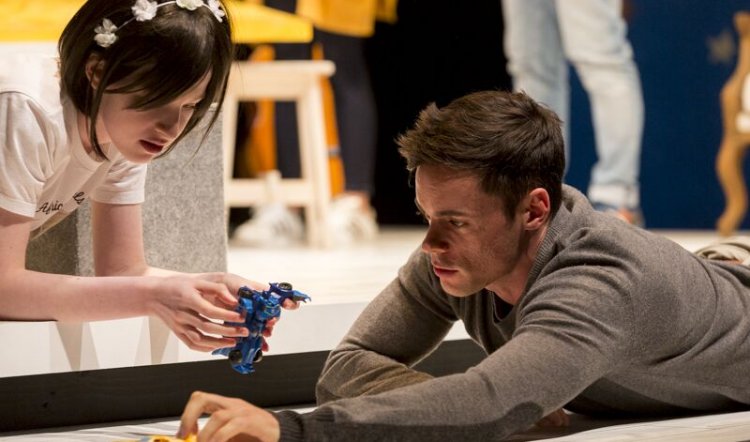 Also, an irrational central premise, past which I cannot get. It’s not helped by the set – originally designed for Riverside – being unmoored in the Belvoir space. It distances the audience from the actors and dilutes what could otherwise be a more intense emotional experience.

It’s a pity that when writing to the Ephesians, St Paul didn’t add a PS: “Be careful what you wish for, you may just get it.” It would have done Rick and Linda the world of good to have read that. Meanwhile, Steve Rodgers has written fine plays of his own devising and I look forward to the next one.