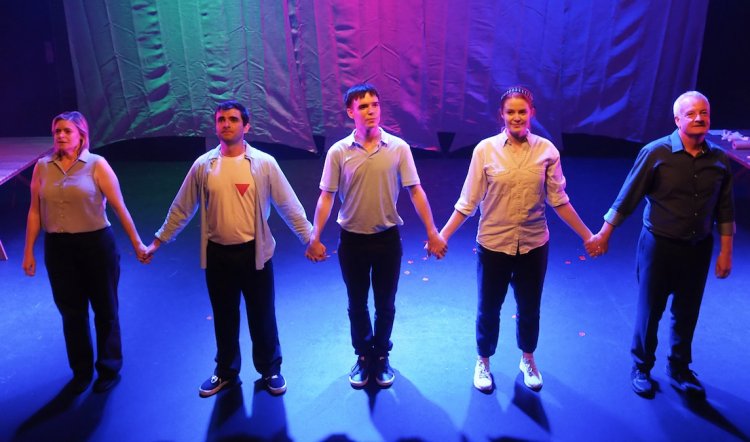 The Campaign, by Campion Decent, is part of the 2020 Sydney Gay and Lesbian Mardi Gras Festival and was originally commissioned by Tasmanian Theatre Company. It’s a verbatim retelling of the campaign waged by a bunch of ordinary Tasmanians against the island state’s brutal anti-homosexual laws.

In 1988, a small group of gays and supporters began to fight back, in the nicest way possible, against the ban by Hobart City Council on an innocuous gays rights stall at Salamanca Market. At the core of the drive for law reform was the 21-year sentence that could be imposed on adult men for engaging in sexual activity in private. (The sentence was much heavier than that for rape or grievous bodily harm and was unique in Australia.)

The cast of five takes on some 30 roles – all actual participants in their own words – including a young uni student named Rodney Croome (Mathew Lee). He found himself in the forefront of the campaign with then-boyfriend Nick Toonen (Simon Croker). At first, a horrified observer and finally a staunch participant was Rodney’s self-effacing mum (Jane Phegan); and Phegan also appears as former Greens leader and campaign catalyst Christine Milne.

A trio of truly odious Tassie politicians is the unhappy but vivid lot of Tim McGarry, and he is sort of compensated by also representing Michael Kirby and Bob Brown. Among others, Madeline MacRae brings to life the unlikely heroine, activist Lee-Gwen Booth who first turned up at Salamanca heavily pregnant, then with her baby strapped to her front. The police were flummoxed by how to deal with her and almost caused an international incident by incarcerating her and the bub in a hot paddy wagon. 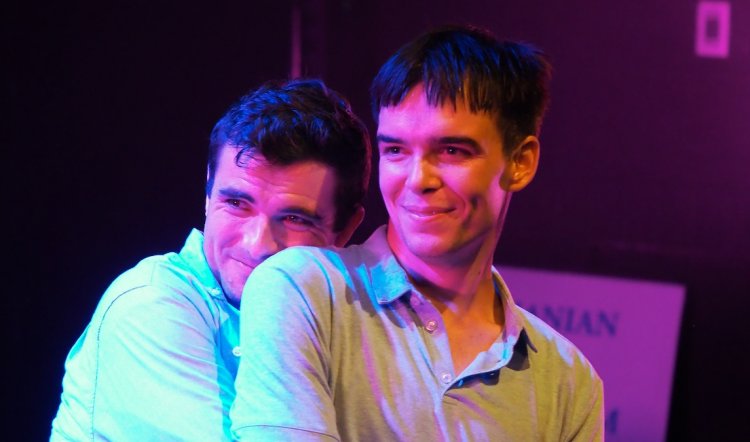 Director Kim Hardwick orchestrates a clear and straightforward telling of an increasingly tense and frightening tale of young people driven to simply not yielding in the face of injustice, intransigence and breathtaking prejudice. Each person takes a turn to advance the story, neatly identified by name and unburdened by impersonation.

The stage is a clear space, occupied from time to time by horrid old upright chairs and a couple of tables that would be familiar to anyone involved in a grassroots organisation (designer Martin Kinnane). Sound designer and composer Patrick Howard punctuates and heightens the mood and passage of time with appropriate snatches of disco and campaign ditties.

It wasn’t sequins and glitter balls, however. The battle – conducted civilly by the activists and hideously by the establishment – was long and frightening. From this distance, there is also an element of sick absurdity as the campaigners found themselves opposed by groups such as FACT (For A Caring Tasmania), HALO (the Homophobic Activists Liberation Organisation) and CRAMP (Concerned Residents Against Moral Pollution). And what beggars belief is that these were neither a joke nor made up.

In the face of endless government obduracy, the stakes gradually ramped up and with it went the determination of Croome and the growing coalition of crusaders to not give in. Against the odds and considered legal opinion (a rueful Michael Kirby) the case is presented to the United Nations and they win. From there, the ramparts of Australia’s federal government and High Court are breached. The rest is history. 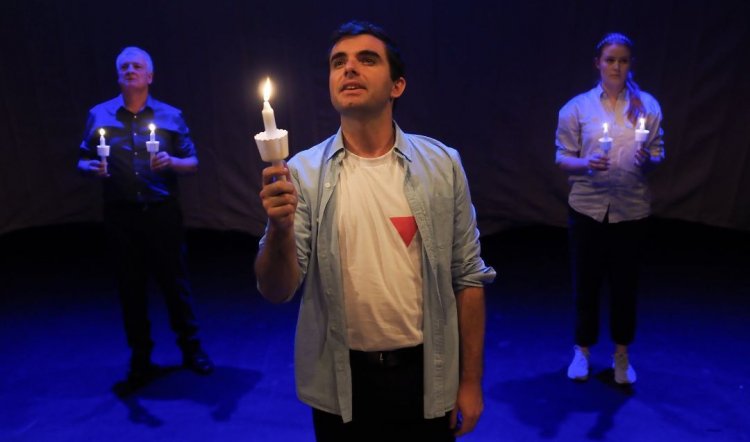 And that history now relates – via the people who were there and took part – just how hard it was; and how hard it remained because of the lives lost and ruined by what had gone before. Although it’s told in a plain-speaking, almost journalistic style, The Campaign is emotionally and dramatically powerful because of its unadorned truth.

This isn’t ancient history – although a 20-year-old might gaily think so. The protagonists are still with us, the scars are still there, the hurt is just beneath the surface of the sass and hipness of MONA and all the rest of the new Tasmania.

In 90 minutes of finely-crafted rawness, the very best and worst of the island state is revealed. And with the creeping rise of ultra-right religiosity and politics in high and low places, The Campaign is actually a reminder that battles may be won but complacency is a luxury no one can afford. Catch it if you can.