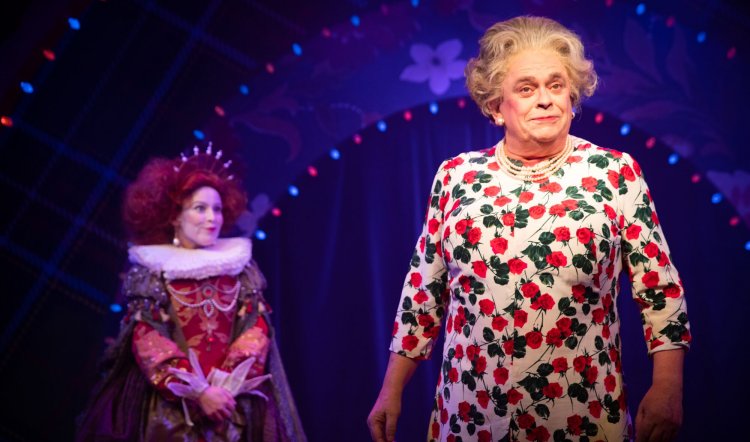 THE RISE AND DISGUISE OF ELIZABETH R, Sugary Rum Productions with Hayes Theatre Co at the Hayes Theatre, 13 February-1 March 2020. Photography by Kate Williams: above - Laura Murphy and Gerry Connolly’ below - Murphy and Rob Mallett; below again - Connolly and Mallett

Gerry Connolly and the Queen have been inextricably linked for decades. And there’s the rub in this show about an actor who wants to be known for all his talents rather than the one role everyone wants to see. That’s how the 80 minutes of The Rise and Disguise of Elizabeth R begin.

The performer is disgruntled at the thought of being offered yet another corporate gig as Betty Britain, instead, he’s going to do a show as himself. Tell that to Barry Humphries. In a wryly comical opening sequence, all the reasons why that ain’t gonna happen are laid out. Finally, Connolly (and co-writers Nick Coyle and Gus Murray) give in and set out on a potted history of his relationship with the monarch.

The show runs through the four decades a lot faster than The Crown, even as Connolly takes pots shots at Claire Foy and Olivia Coleman and other luvvy-come-latelies to the royal industry. It’s at once funny and melancholy, laden with exasperation and affection and a witty deconstruction of theatre at the same time. 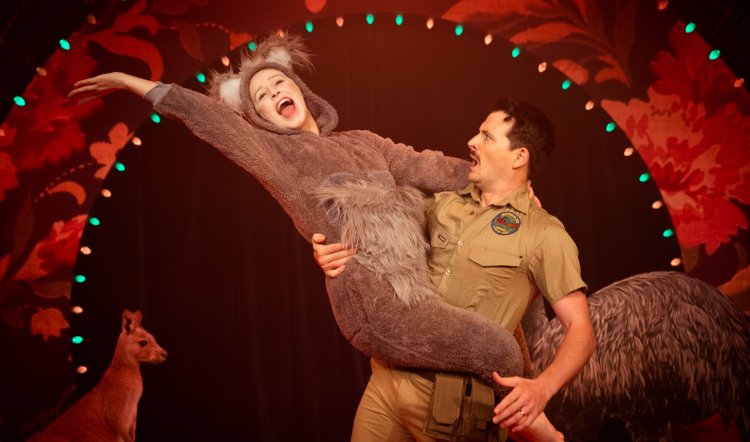 Accompanying Her Maj on her life journey from Empire to Commonwealth is an array of characters. They range from Gerry’s motormouth agent and the ghost of Queen Elizabeth (spectacularly talented and unselfish Laura Murphy) to over-eager actors and snooty equerries (energetic, self-deprecating and droll Rob Mallett). They sing and dance – Elizabeth R turns out to be a Yaaas Kween rapper – and brazenly fill in when Gerry is either re-robing, re-wigging or simply running around from the auditorium exit to reappear back on stage again.

The show is awash with music and songs (composer and musical director Max Lambert) ranging from comical to lyrical to downright rude. Add to that a lot of irreverent and true observations about modern royalty, family and politics and the laughs keep coming. Connolly switches effortlessly between monarch and Maggie Thatcher, Mummy and Prince Charles; and with uncanny vocal appearances by Australian PMs from Whitlam to Howard, the resulting The Rise and Disguise of Elizabeth R is unexpected, clever and caustic.

Deftly directed by Shaun Rennie, the show manages the high-wire act of maintaining a balance between satire and saucy, affection and exasperation, history and histrionics. Aided by choreographer Leah Howard, witty pantomime set and costumes by Jeremy Allen and lighting by Trent Suidgeest, the show is audacious in the way it literally strips away the magic and artifice to give us the human beings behind both actor and character/queen. While never sentimental, there is genuine feeling and understanding as well as wicked comedy and unfeigned pathos. 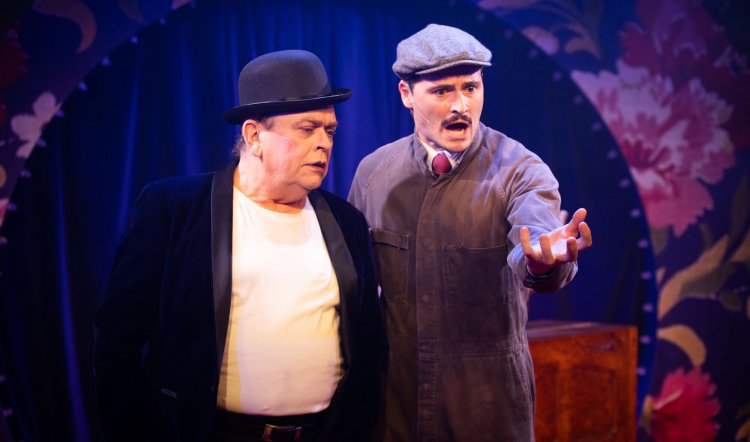 The Rise and Disguise of Elizabeth R should run and run – as long as its chief subject, now in her 90s, also keeps ongoing. Otherwise, at the very least, the funeral rehearsal scene will have to be rewritten. Meanwhile, whether he likes it or not, Connolly is stuck with his most popular character because it’s his own fault he is so wickedly brilliant at portraying her. Tough tiaras, old son.