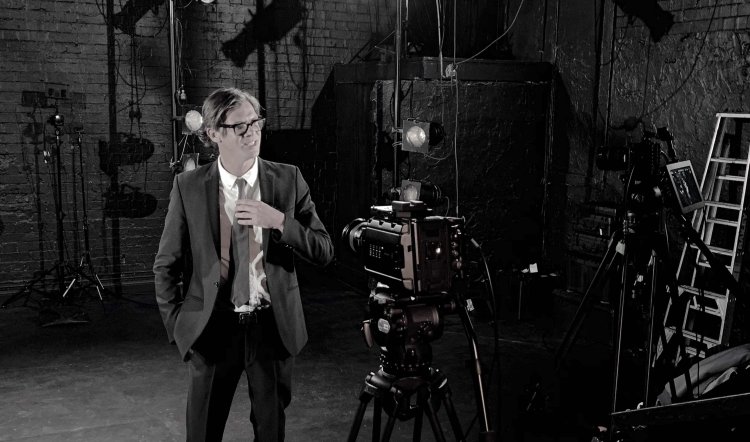 THOM PAIN (BASED ON NOTHING), streaming live from the Old Fitz Theatre, 28 June-4 July 2020. For times and tix go to redlineproductions.com.au/thom-pain-based-on-nothing-by-will-eno Photography by Trent Suidgeest

Live streaming of theatre works has gained extraordinary momentum in the past couple of months, thanks to Covid19 and its infernal isolation. Online live theatre is a high-risk, high-tech undertaking with, in some cases, actors in different parts of the world or different rooms of a building.

Yet no matter how different, ambitious rickety or successful these productions have been, they’ve all shared one element – actually, the absence of one element in truth – and that’s the audience. Who knew that in being in that nuisance thing: a mob of whispering, coughing, snuffling, munching, farting, slurping punters we could be so deafeningly not there.

It’s particularly obvious with Thom Pain (Based on Nothing) because as written, by Will Eno in 2004, the audience is essentially the other character in a two-hander. In this instance, the ever-dynamic presence of Toby Schmitz is unexpectedly fascinating in this unintended aloneness. It’s quickly clear that the character – a misanthropic fellow at the best of times – needs the tortured response of the audience if his needling and teasing is going to work.

The times in Thom Pain are 55 minutes of him goading himself and the audience into a deceptively good-natured wander around his imagination and musings. It’s almost guaranteed that in this live-screen iteration the first few minutes will be taken up with people scrabbling for the remote and the brightness and volume controls. 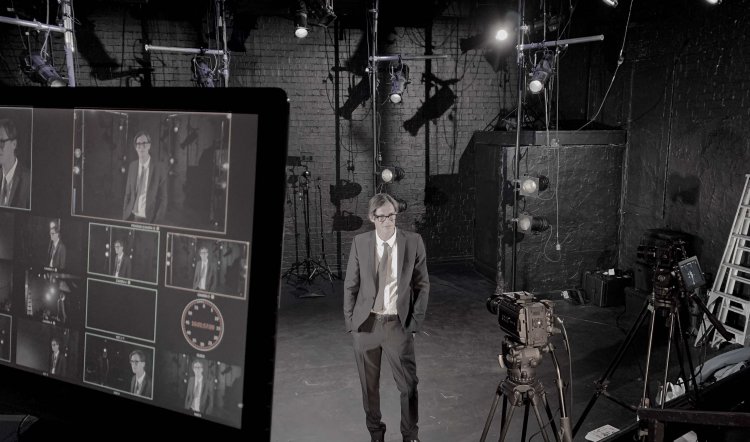 Thom Pain begins in darkness and silence. After a possibly interminable minute, both are broken by a flare of flame as he tries to light a cigarette. He then cordially greets us with “How wonderful to see you all!” That in itself should set the alarm bells ringing.

Shortly afterwards, Thom asks out of the blue, “Do you like magic?” If you’re now anticipating a trick, he sets the tone for the rest of the encounter: “I don’t. But enough about me.” It’s droll and drolly delivered, but where there should be muted chuckles there is silence. It’s as if the unseen empty rows and dark shadowed auditorium are ungenerously cantankerous. It also makes a giggle and snort in one’s own living room shockingly obtrusive – and unsharable. Strange days.

Thom Pain (Based on Nothing) has been a career-making success for Eno since its debut at the Edinburgh Fringe, transfer to London and eventual staging in New York (a Pulitzer Prize finalist). But 2004 is now somehow more than 16 years ago – which is virtually a generation anyway – and what was disturbing or shocking then has now been overtaken by everyday realities that are beyond disturbance and shock. Just as well then, that Eno’s inspirations were Edward Albee and Samuel Beckett because the piece now leans heavily on its distinctive language and deliberate provocation.

Toby Schmitz – with director Andrew Henry – co-opts the lighting, cameras and idiosyncratic space of the Old Fitz to make the visual and aural most of the monologue. The black and white, light and shade design (Trent Suidgeest) and Schmitz’s lanky, saturnine presence in dark suit, white shirt and skinny black tie, enhance the text and its delivery.

Alternating between whimsy and weighty, misandry and amiability, Thom Pain sketches in a world of memory – a small boy in a cowboy hat whose innocence is threatened by a jarring suggestion from our storyteller. A raffle may or may not be drawn, a dog is electrocuted in bizarre circumstance, and worst of all: Thom calls for an audience member for the dreaded participation.

Don’t look for plot, or point or even redemption, Thom Pain gives fair warning in its subtitle: “based on nothing”. Of course, post-Beckett, that can mean just the opposite. Nothing is gradually revealed to be everything – life, pain, hope, and sometimes self-conscious fury at the unfairness of it all. It’s a fine technical and performance achievement that could not have been imagined four months ago. A curious mirror held up to these curious times.