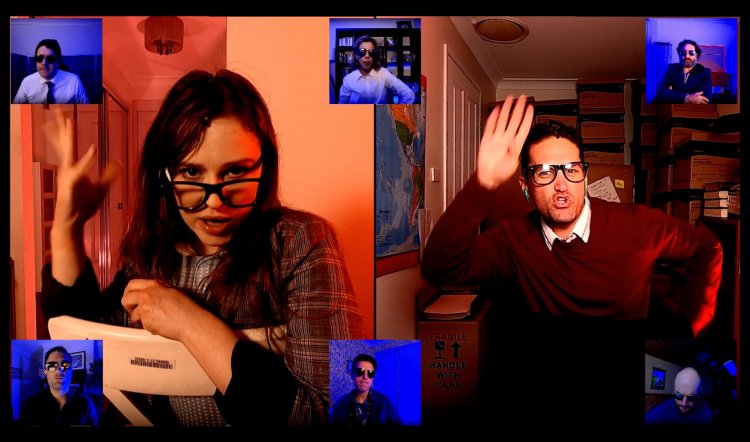 In the early 2000s, when Marshall Paillet (music and book) and AD Penedo (lyrics and book) decided to adapt an unproduced screenplay by JT Allen not only for the stage but into a satirical musical comedy, New York was still reeling in the aftermath of 9/11 and the Twin Towers were still a toxic hole in the ground of Manhattan.

It was a bold idea and the resulting show was an off-off-Broadway hit. Curiously, its time has come again as yet another disaster has the world spinning in collective shock and dismay over Covid19. And how better to spend an evening in our bunkers than watching a  support group in their bunkers conducting an AA-style meeting designed to help each of them cope with how they believe they did or didn’t start the Iraq war.

If you enjoyed Wag The Dog or Curb Your Enthusiasm or Robert Altman’s work, you’ll love Baghdaddy. It has the irreverence, humour, acid seriousness, and profound respect for human silliness that characterised all those. More than that, however, the format and characters lend themselves quite brilliantly to the constraints of isolation.

Each member of the cast is in a room, on their own, wired for sound and acting to a camera and a screen. This isn’t a Zoom meeting though, but an eye-popping, sophisticated amalgam of film-making, digital magic, and live performance. Technically, it’s simply amazing – and very good to watch, easy to follow, and really good fun. 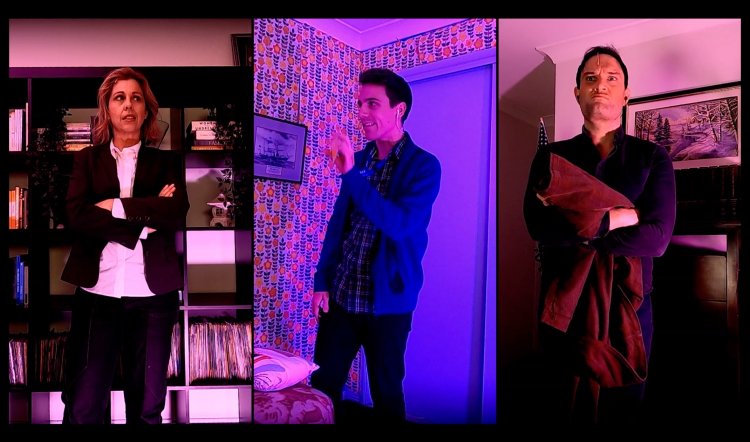 It begins, as so many wars do, with a bit of a blunder. A hapless junior operative (Matthew Predny) is tasked with talking to a would-be Iraqi defector (Troy Sussman) to find out what he knows about WMD and whether or not it’s true. What could possibly go wrong?

You might recall or have been told in modern history class, that WMD – weapons of mass destruction – were the 1991 baited hook of the first Iraq war. The CIA, the State Department, the Bush (Snr) White House, Colin Powell in 2003, and eventually Tony Blair, John Howard et al, eagerly swallowed the juicy excuse to invade. And so began the invasions, insurgencies, counter-insurgencies, and deadly acronymic outfits that are still killing and displacing millions across the Middle East, and the world.

But as he tells us, still furiously depressed that no one listened at the time, an expert – one Martin Bouchard (Doug Hansell) – actually wrote the manual of possibilities – WMD and so on. It was of course ignored by all except the defector, code-named Curveball. He took the suppositions and conjectures and turned them into his ticket to the West.

The two acts, with a (real) ten-minute intermission, are a series of fascinating trips down a memory lane that’s signposted “Inspired by a true story”. Each member of the powerful ensemble takes turns to shine, excuse, and amuse and each is as strong as the other. 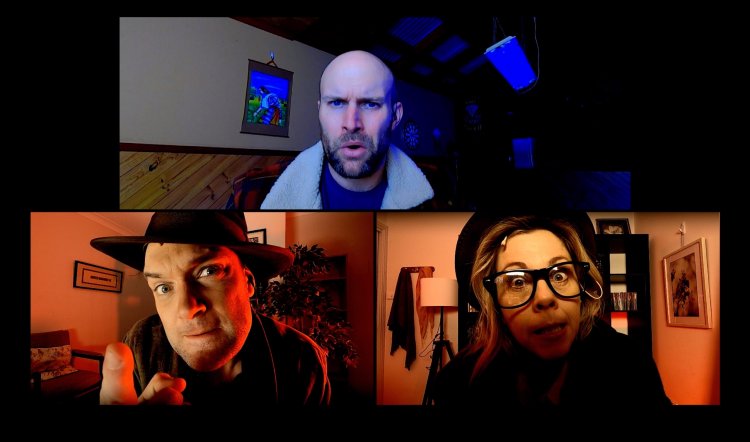 Between them, Laura Murphy and Adam Rennie prove that being eager as puppies and not as smart as they believe they are is a prerequisite for minor spookdom. Katrina Retallick and Blake Erickson provide the colour and depth of various characters known as Woman and Man but actually as varied as a fey neo-hippy dame who tries to encourage Martin, an English newsreader, an American newsreader and operatives (why are they always operatives?) across the globe. And naturally, there’s a Company Man (Philip Lowe) whose ambition – “Second in Command” – quashes his conscience.

Songs, music and dialogue mesh seamlessly and it takes no more than five minutes to forget the actors are working separately and responding to directions rather than one another (director Neil Gooding contributed from New York, good grief). The choreography is subtle, naturally, and involves whirling office chairs as well as people, but is also accompanied by technical choreography that substitutes for what would otherwise be movement about a physical stage.

Who’s Your Baghdaddy is fun and scary by turn. The ensemble of Australia’s finest is… among our finest and the entire company pulls off a feat of theatre and music that is simply amazing. Don’t miss it.