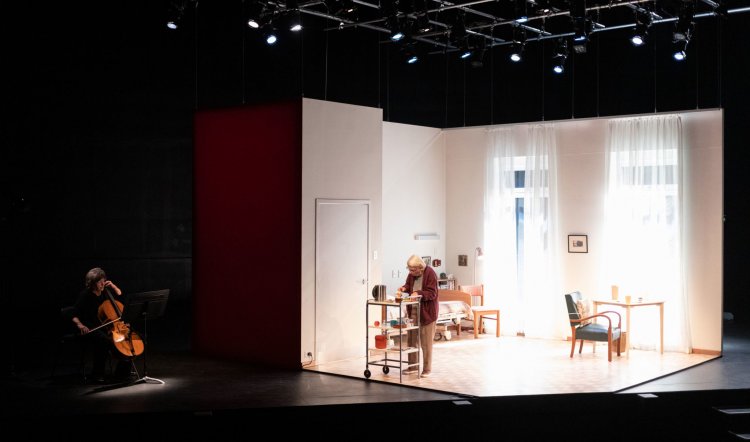 Evil as a concept has had a bad rap since Hannah Arendt used it to describe Adolph Eichmann, the Nazi whose organisational skills moved millions of Jews to concentration camps and death during WW2. She famously described his conscientious attitude and work ethic as demonstrating “the banality of evil”.

However, to philosopher Alan Wolfe, writing much later than Arendt’s account, in ascribing banality to Eichmann’s actions as part of the context of a mundane life, she focused too much on the who rather than the what and why of his diligently overseeing the murders of millions.

So what is evil? Can one be evil and not know it, or intend it? Can evil be done if it is unrecognised? And again, what is evil anyway? It is impossible not to think about this while watching Robyn Nevin inhabit the banal mundanity of an old woman’s present as she traverses memories of an unintentionally astounding past. She is Brunhilde Pomsel, secretary to Joseph Goebbels, Hitler’s Minister of Public Enlightenment and Propaganda.

An Austrian documentary made when Pomsel was over 100, is the basis of English playwright Christopher Hampton’s script. In it, she answers questions and reminisces about her early childhood in WW1 and family life in Berlin. It leads to work as a stenographer and secretary – first for a Jewish doctor and finally for Goebbels for the duration of WW2.

On the stage of the Dunstan Playhouse, with lighting by Nigel Levings, set designer Dale Ferguson has dropped in on glittering steel cables a small bed-sitting room. It has a net-curtained window and an alcove with a hospital bed. There are a few personal belongings including books. Brunhilde’s world is completed by a table and an armchair. 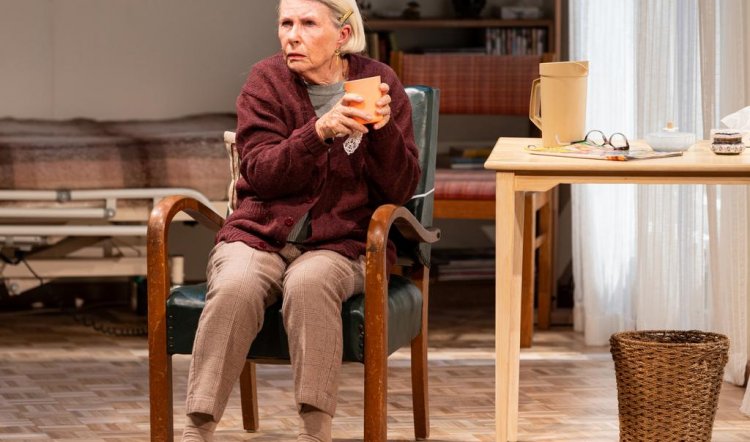 It could be in any old age facility, anywhere. Except to one side, in the cavernous dark that reminds the audience that this reality is not as it seems, cellist Catherine Finnis paints sound pictures. She begins with a Bach suite and continues with occasional aural interventions – notably an air raid siren – composed by Alan John.

Frau Pomsel has a kettle and tea-making facilities and during her occasional shuffles to and from this set-up, she announces that she prefers to take her meals here rather than with other residents. She draws her oversize cardigan protectively around her frail body and it’s easy to imagine she prefers her own company rather than the other old ducks.

Brunhilde’s story begins in WW1 when she is a small child whose father is absent at the front, although he must have returned from time to time, she says, as by the end of the war she had four siblings.

The occasional flash of dry humour leavens remembrances of the years that followed as Germany’s defeat soured into recession, inflation, and hyperinflation. It is illuminated from the point of view of a girl becoming a young woman whose main concern is her overbearing father who obstructs her every effort. Told casually by Brunhilde, the bitter hopelessness that fed the rise of fascism and led to Hitler and his Nazis is matter-of-fact and terrifying.

Turning herself into a slightly-stooped, prickly presence, Robyn Nevin is immensely powerful as the focus of this ordinary life. Brunhilde’s casual anti-Semitism is present only as the almost imperceptible emphasis placed on the word “Jew”. And yet her best friend Eva was a Jew and the two went together to the office where Brunhilde had to join the Nazi Party to secure her job. After the war, Brunhilde went to some trouble to track down her friend and discovered that she was sent to Auschwitz and is dead. 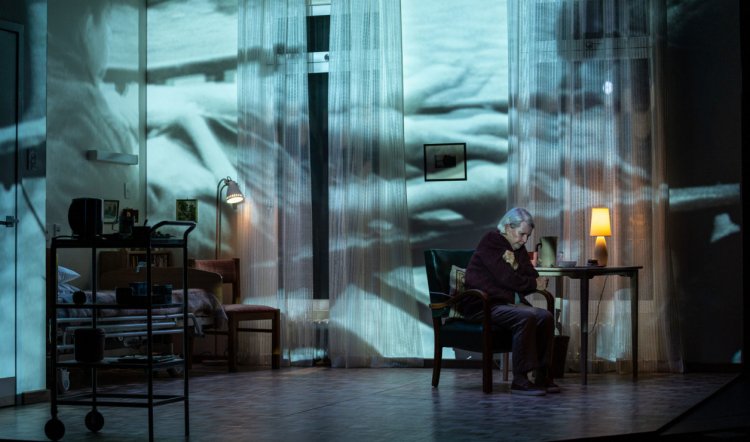 Meanwhile, Brunhilde calmly relates how, on the war’s final day, she was in a bunker on one side of a courtyard when Hitler shot himself in his bunker across the way. Her emotions are roused instead by Frau Goebbels helping to kill her own children before she and her husband killed themselves. How could she force a cyanide capsule into her protesting daughter’s mouth? How could she do that? Brunhilde asks.

The enormity of such events – small and huge – that surrounded and towered over Fraulein Pomfret and millions more like her is the human story that has hardly ever been told. To the winners the heroic tales, while the losers vanish from history.

In the end, it is these vignettes of Brunhilde’s largely prosaic existence that resonate and fill the spaces and thoughts. Nevin is at her formidable best seemingly doing very little but actually painting a rare picture of history. Her Brunhilde is neither sentimental nor manipulative, she tells it as she sees it and what she saw was – in the main – banal.

Directed with unnecessary fuss by Neil Armfield with forays to the kettle and cups of tea and ambles hither and yon, Nevin nevertheless keeps her audience on a tight leash and rarely does attention waver, nor easy answers achieved.

It can never happen again, Brunhilde opines towards the end. She died at 106 and did not see the full effect of Donald Trump on the USA. A brilliant performance of an extraordinary piece. Don’t miss it.