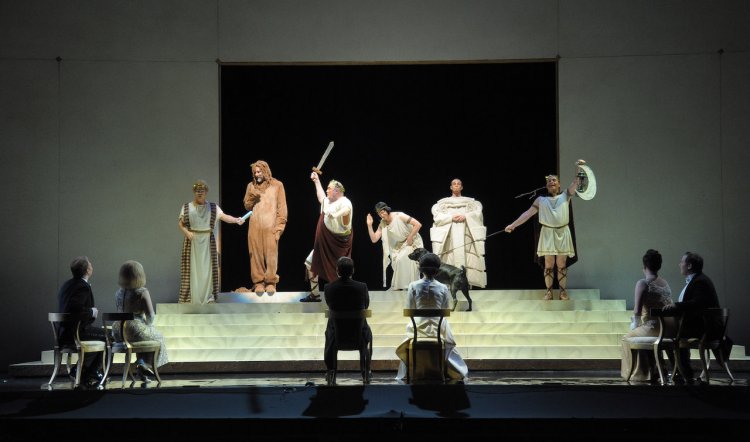 Lucky the he/she/they who is introduced to Benjamin Britten or Shakespeare through this production. Created, in the main by director Neil Armfield and designer Dale Ferguson, A Midsummer Night’s Dream is exquisite, charming, illuminating, and - finally - a joyous experience of words, music, and performance.

In 1960 Britten and his partner-muse, tenor Peter Pears adapted (cut and spliced) Shakespeare’s bonkers and most loved comedy and it quickly became equally successful for the composer. The often low-key yet expressive score begins in appropriately dreamlike sweeps of sound that light up the poetry of the libretto and a troupe of scampering winged imps (Young Adelaide Voices, director Christie Anderson).

The music changes as each new group of characters is introduced. The fairy king and queen, Oberon (Aryeh Nussbaum Cohen) and Tytania (Rachelle Durkin), give performances as lush and hypnotic as their musical motifs - swathed in glittering finery topped by plumed headdresses. Into the fairy world stumbles the human lovers Lysander (Andrew Goodwin), Hermia (Sally-Anne Russell), Demetrius (James Clayton), and Helena (Leanne Kenneally). 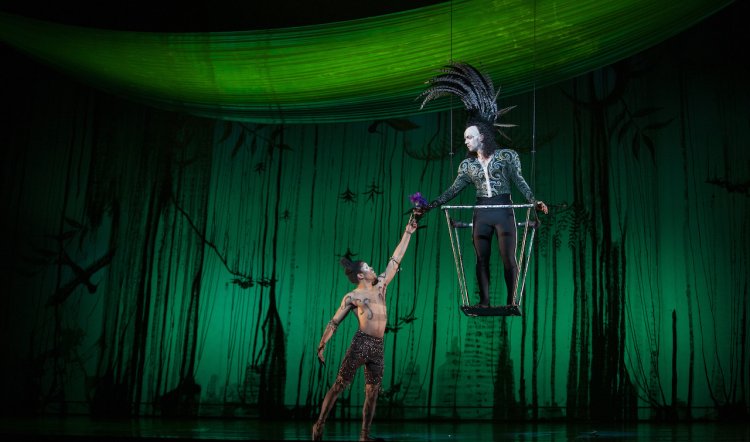 Mischievously watching them all and interfering whenever possible is Oberon’s amanuensis of magic, Puck (Mark Coles Smith). Explaining the plot any further would help no one, except to say that in order to celebrate the forthcoming nuptials of Theseus, Duke of Athens (Teddy Tahu Rhodes) and Hippolyta, Queen of the Amazons (Fiona Campbell), a bunch of local tradies has been hired to entertain the gathering...with a play.

The play is, of course, the most lamentable comedy of Pyramus and Thisby and it is seen in preparation and finally in all its dreadful glory as the finale of the play and opera. To this lover of the play, these earnest gents are the undisputed stars of the show: Bottom, the weaver (Warwick Fyfe), Quince, the carpenter (Douglas McNicol), Flute, the bellows-mender (Louis Hurley), Snug, the joiner (Pelham Andrews), Snout, the tinker (Norbert Hohl) and Starveling, the tailor (Jeremy Tatchell), plus their dog and scene-stealer Lock Armfield – a performer with whom WC Fields would never have appeared.

The two hours and 55 minutes (including an interval) are played out on a simple set of green and ethereal scrims on which skeletal leaves and branches are painted and the imps occasionally flit in silhouette  (lighting: Damien Cooper). Above the oblivious players, a diaphanous drape of more green rhythmically rises and falls and shimmers as if the forest itself is breathing and sleeping. It is quite beautiful and mesmeric. 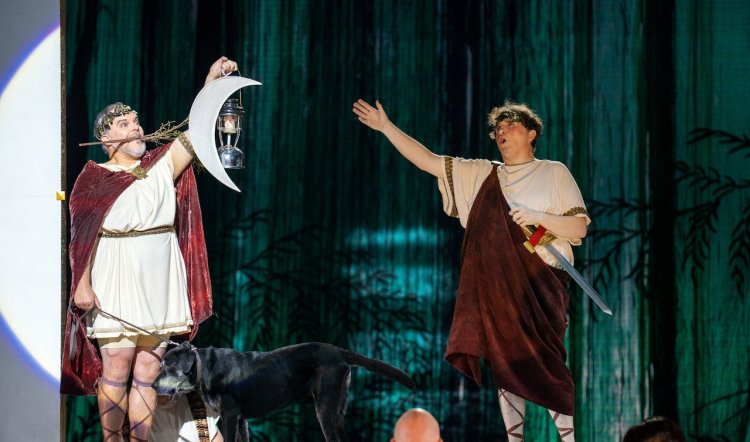 That last could be said of the entire production, Paul Kildea conducts the Adelaide Symphony Orchestra with energy and sensitivity and the result is yet another glorious musical and theatrical experience in what has become a traditional opening offering from the Armfield-Healy festivals.

Although visiting American superstar Aryeh Nussbaum Cohen is one of those once-in-a-lifetime voices, it is a tribute to the coherence and quality of the production that he is also first among equals. The night is a triumph for all and a gift to Adelaide 2021.