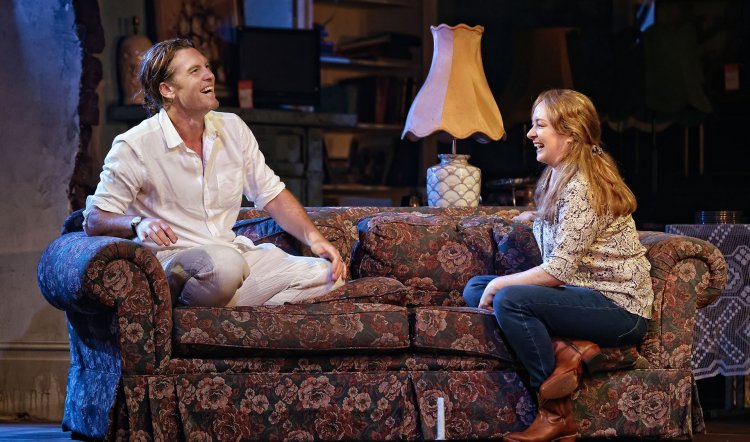 According to a dictionary, “mischievous” means – causing or showing a fondness for making trouble in a playful way. And that succinctly describes African-American playwright Branden Jacobs-Jenkins’ Appropriate.

In it, through all-White characters, he holds up an apparently liberal mirror to undoubtedly mostly-White audiences and after a short period of lulling benignity, reveals wildly illiberal underpinnings. Then there’s his irreverence in mooching themes and motifs from the American – aka White – canon. It’s something he has happily acknowledged and which becomes a tongue-in-cheek pastiche of pastiche with added socio-political acid.

What happens, from the opening moments (minutes?) when the shriek of a thousand cicadas fills the darkened auditorium, is unsettling, intermittently amusing, and psychologically and physically violent. Given the play was written in 2013, it’s also curiously dated. That’s because the Lafayette family (more mischief in that name) was created before Trump, before the bellicose coming out of White supremacy and neo-Nazism; and before the global rage of Black Lives Matter. Inklings are there, nevertheless, albeit barely.

Essentially, big daddy has recently died and his three adult children, with a couple of partners and kids in tow, are gathering to empty the family mansion, sell it and share the spoils. Unfortunately, virtually everything is already spoiled and the offspring – big sister and two brothers – are not only not that good at adulting, but the inevitable pressures of money or its absence make them even less capable. 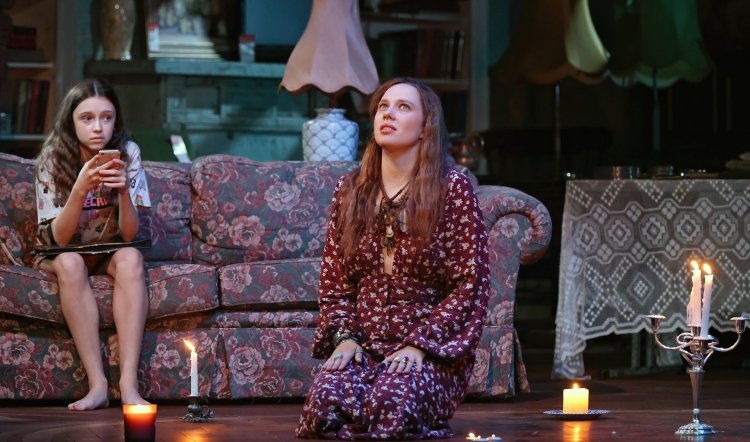 Also unfortunate, because it apparently causes things to go bump in the night and be all Gothic, is that across the pond out back is a slave graveyard. And beyond the kitchen on the other side of the house is the family cemetery. One has headstones, the other does not – guess which?

The action is set in the realistic lofty vestibule of the old mansion (Elizabeth Gadsby designer). There are two Tara-style columns and curving staircase. Household detritus and junk clutter the space, and angry, put-upon Toni (Mandy McElhinney) has been ineffectually shifting piles of it here and there for a couple of days while her teenage son Rhys (James Fraser) sulks and stares at his phone.

The family has secrets, of course. Acid-tongued divorcee Toni is the most straightforward, and in spending most of the first act yelling, she reveals quite a lot. The disgraced Franz/k has not been “home” in ten years and, urged on by River to make reparation, pulls his recovering addict’s written apology from a pocket. His dark secret is pretty damn dark, even by Southern Gothic standards, and it’s inevitable there’ll be recriminations before bedtime. 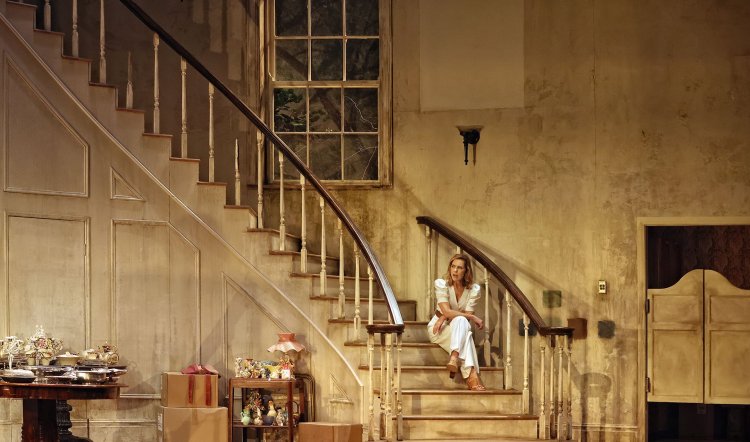 The turning point for this misshapen mob is a photo album, discovered by the brats. By any measure the photos are shocking, not least because the audience doesn’t see them and imagination is a bitch. The Lafayettes get over being appalled, however, when an online search uncovers the probable value of the pix to sick collectors.

If events could go more pear-shaped than in the interminable first act, they’re realised with slightly increased momentum in the second. The show meanders for two hours 40 minutes including interval and the absence of focus makes it seem an awful lot longer (direction: Wesley Enoch).

Although mentions are made of ghostly goings-on, these are also almost entirely absent as is any tension. Although the set does indulge in a supernatural solo all its own, it’s laborious, provoking misplaced sniggers.) Humans are also gifted solo spots along the way – cue grateful applause – and do fine jobs, while Lucy Bell is a nuanced, standout although sadly offstage most of the second half. Happily, Brenna Harding’s equally intelligent characterisation is spread more evenly throughout. Meanwhile, those intrigued by the movie star casting of Sam Worthington will be thrilled to know he’s excellent.

Overall, however, the production sags and drags and seems as aimless as the lighting: sunlight entering from all compass points simultaneously! Disappointing.