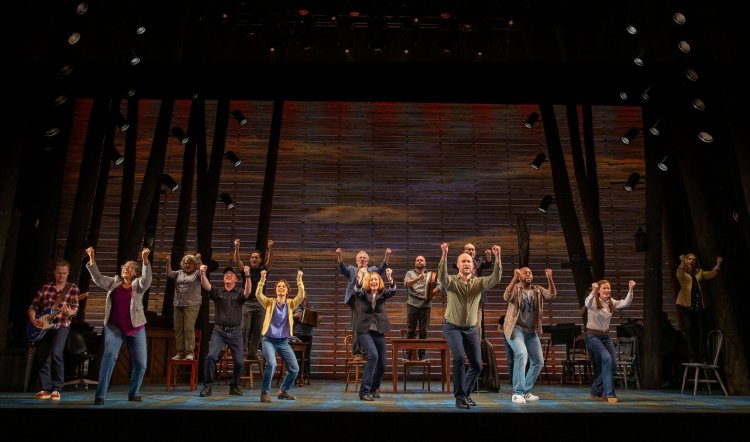 COME FROM AWAY, Capitol Theatre, booking now to Christmas and beyond. Photography by Jeff Busby

After it’s rudely interrupted first Sydney run, Come From Away, like the story it tells, has triumphed over adversity – COVID19 in this instance. The show has returned to the Capitol and re-opened to fill it with heart, soul, music, laughter, and tears. Come From Away is everything you’ve heard about it and more.

Through an ensemble of just 12 marvelous musical theatre performers, it tells the story of what happened in Gander, Newfoundland the day after 9/11 left the USA and the world reeling. As you may well know, the town of Gander - population around 5000 - has a vast runway left over from WW2 and the era of trans-Atlantic planes that couldn’t make the crossing without a refueling stop. 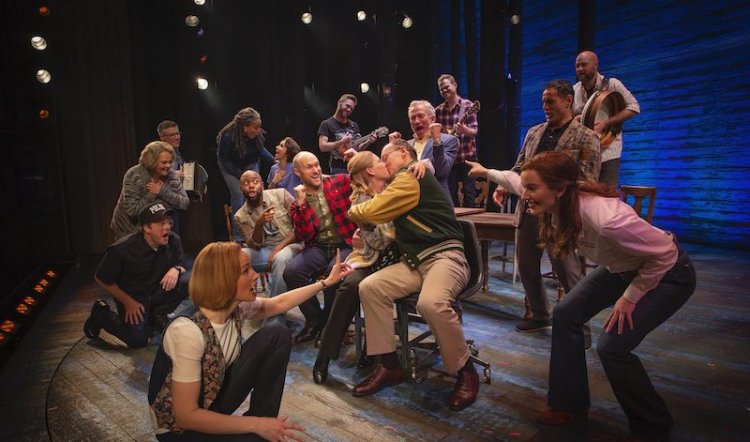 By 2001 it was a relic used by just a couple of regular inter-city flights per day until a blue-skied, sunny autumn morning when all US air space was abruptly shut down and 38 flights of large airliners had to find somewhere to set down. By sunset of that day, Gander’s population had expanded by more than 7000 bewildered, frightened, exhausted passengers from those planes. And there – as well as nearby villages and townships – they were to stay for a life-changing week while we all waited for WW3 to start.

Under the musical direction and on-stage keyboard presence of maestro Michael Tyack, the show takes the audience on this extraordinary mental and emotional journey aboard Irene Sankoff’s and David Hein’s book, music, and lyrics. The score is a charmed and vivacious melange of influences – trad Irish, American folk, sea shanty, uilleann pipes, mandolin, accordion, bodhrán, bouzouki, tin whistle, fiddle, Tina Harris's agile bass, plus glorious voices. The result is a tight amalgam that propels the show’s non-stop 100 minutes without ever losing clarity and purpose. 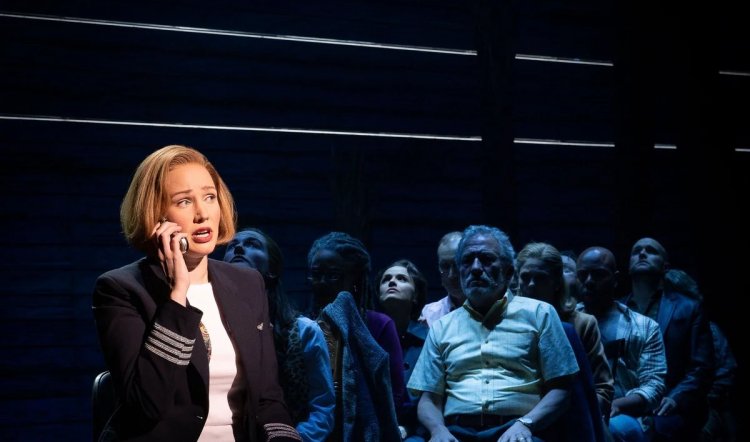 There are two major international musicals in Sydney at the moment: Hamilton is brilliantly clever, and an intellectual powerhouse of ideas, musics, and words. On the other hand, and for my money, while Come From Away breaks no new musical theatre ground, it has all the heart and soul of one of the great and unexpected human triumphs of all time. A joyous show for these tortured times.