After the last-minute Covid19 cancellation of the production at the beginning of 2020, it was immensely cheering to have it open this year. And even more so on a perfect late summer evening – warm, golden, and then moonlit – after the past fortnight of the worst and most dangerous wet weather in decades.

At the same time, the cheery lead-up to post-sundown curtain-up was tempered somewhat by the entirely appropriate dedication of the night’s performance to Taryn Fiebig, the brilliant soprano and beloved woman who died at just 49 a week before. The poignancy only heightened as the night went on and proved to belong to Stacey Alleaume in a brilliant debut in the role of Violetta, the courtesan whose life is cut short by TB.

Before the tragedy of the closing scenes, however, Alleaume had thrilled the audience as she Swarovski-ed her way through a glorious Sempre libera – out-sparkling the famous giant chandelier under which she cadges a ride into the night. And she and the rest of the company had made light of the complex new choreography (Shannon Burns) despite the weather-interrupted and truncated rehearsal time – and the rigours of the vast outdoor stage.

This version of director Francesca Zambello’s 2012 production by restaging director Constantine Costi has, I believe added verve and lightness to the previously more stately iteration. The Kosovan tenor Rame Lahaj is a broodingly hunky Alfredo, Violetta’s younger beau, while papa Germont and symbol of patriarchal power is an unusually human Michael Honeyman. 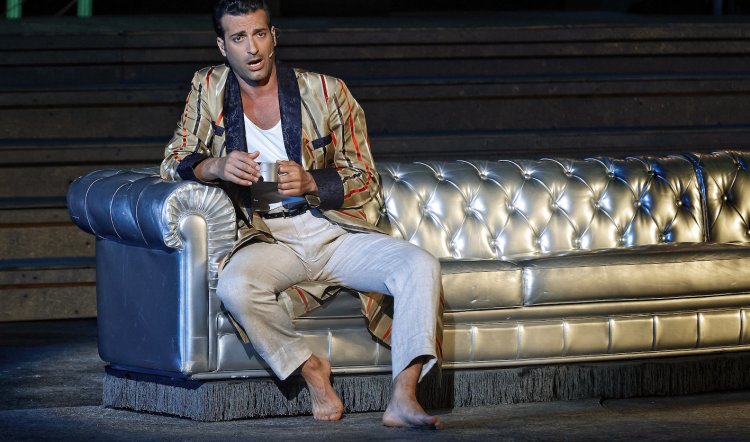 Although purists snort and carry on alarming at the annual spectacle on the harbour, one would have to be very starched indeed not to fall under the spell of this one. Musically and dramatically it’s astonishingly true to purpose: on a huge stage, an intimate relationship is played out between lovers whose lives will inevitably be ruined by society’s status quo. And all done to what must surely be Verdi’s most consistently luscious, tuneful music.

To that end, yet again it’s master spelunker Brian Castles Onion leading the invisible orchestra as well as maintaining miraculous communication with the singers above.

Essential to the success on stage is Brian Thomson’s super-intelligent design and John Rayment’s equally clever and complementary lighting. The two elements combine to evoke Paris in the 1950s as well as glittering salons and the French countryside. Tess Schofield’s part-camp, part-Diorissimo costumes also enrich the visual feast.

How well all these elements combine becomes starkly obvious at the end when (spoiler alert: there isn’t a rewrite – no happy ending) the focus contracts to Violetta’s boudoir as she remembers happier times and her long-gone lover. When Alfredo arrives for their final duet, Parigi, o cara, noi lasceremo, Alleaume and Lahaj ensure there will be tears. It’s beautiful and extremely moving: a great achievement on the world’s biggest stage. 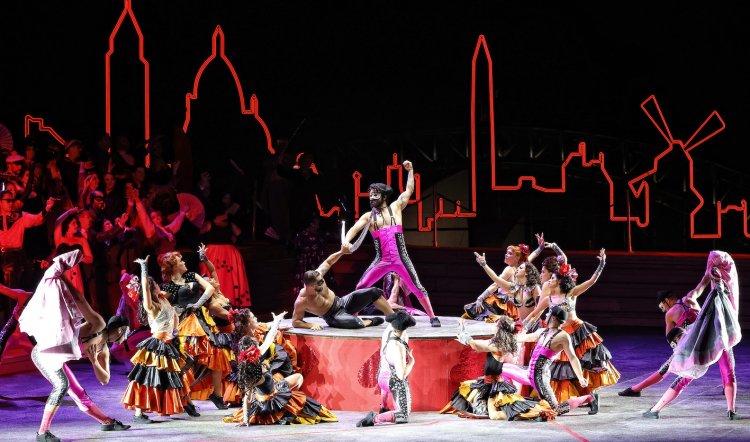 NB: Pinchgut Opera has announced the Taryn Fiebig Scholar program. Read about it and donate, if you will, at: