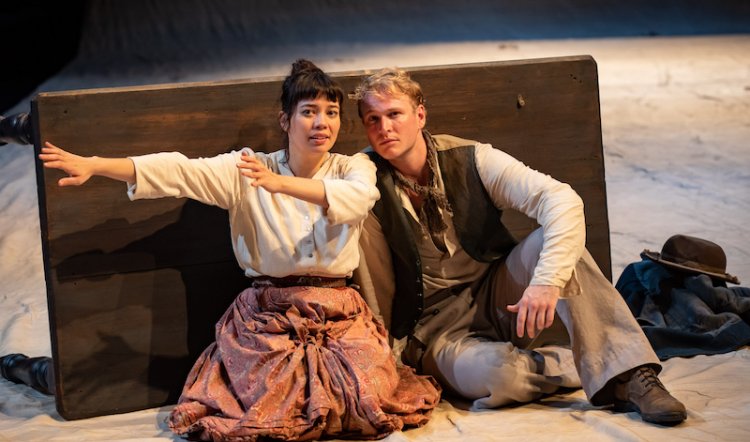 The opening of this latest collaboration between director Kip Williams and playwright Kate Mulvany was also the unveiling of the $60 million “new” Wharf – the sparkling white complex of auditoria and ancillary spaces and home to Sydney Theatre Company. The excitement of one event inevitably spilled into the other as the reviews mostly demonstrate in breathless prose and dizzy elation.

Interesting then, to come in later to a matinee. It was a happy throng and sold out – as is the season. The new lifts were getting a good workout and the new dunnies likewise, although there was some confusion expressed about non-specific gender facilities on offer. “They’ve got bidets now,” said one lady to her friend. “That’s a bit posh.” Bless.

After the deserved success for the creative duo of 2018’s The Harp in the South, Parts 1 and 2, another Australian literary classic by Ruth Park was an obvious choice and Playing Beatie Bow has enchanted teenagers since 1980. Back then, Park’s fondness for research had led her to a playground game – Beatie Bow – which was, as such games often are, a bit creepy. A newly arrived outsider in the neighbourhood, Abigail (Catherine Văn-Davies) watches on until she finds herself whisked back to 1873 by a weird kid who turns out to be the actual Beatie Bow (Sofia Nolan).

The newly enlarged Wharf 1 stage is mostly empty and dark (David Fleischer’s set design) and a contemporary street light is exchanged for an archaic version to indicate the era change. It’s inventive – as are other visual interplays between settings and Nick Schlieper’s lighting. Mostly there are shadows and space with sketchy structures – the worlds of imagination and the mind. 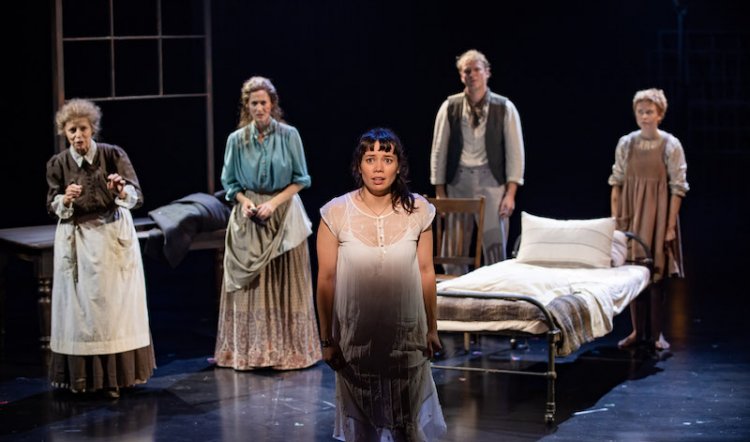 Beatie’s rambunctious family – Tallisker and Bow – are from the Orkney Isles and have brought with them their strong Scottish accents and superstitions, including the spaewife – a healer and seer whose gift is passed down the generations. Thought to be the last of her line, Granny Tallisker (Heather Mitchell) is convinced that Abigail is the promised Stranger and this brings out her cantankerous brogue with ever noisier vigour.

Being a young woman from the 21st century not yet caught up in Wellness, Abigail is unconvinced of the airy-fairy stuff and is also conscious of the correct name for The Rocks – Tallawoladah. When she encounters an (introduced) Indigenous character, laundryman Johnny Whites (Guy Simon) wokeness knows no bounds. A clumsily inserted “First Australian” section ensues as, among other things, we learn that Johnny’s wife died and his children were sent to the Randwick Asylum for Destitute Children. For the hitherto sophisticated and sensitive writer and director to resort to such clodhopping earnestness is startling.

As Abigail and Beatie traverse time and societies – variously indicating their astonishment over what they do and don’t understand – the charm and insight of both the original novel and its current adaptation are at their best. Beatie is puzzled by the way 21st-century folk walk around reading their palms while Abigail goggles at the absence of harbour bridge, opera house, and office towers.

For all its picaresque appeal – Abigail is a compulsive tea leaf, Beatie a pouty rapscallion – Playing Beatie Bow lacks the stage richness of its predecessor, The Harp in the South. The latter naturally lent itself to the extended treatment of two substantial plays, while the former is thinly-stretched across three hours with much repetition and (lovely) incidental music and a cappella singing (Clemence Williams, composer). 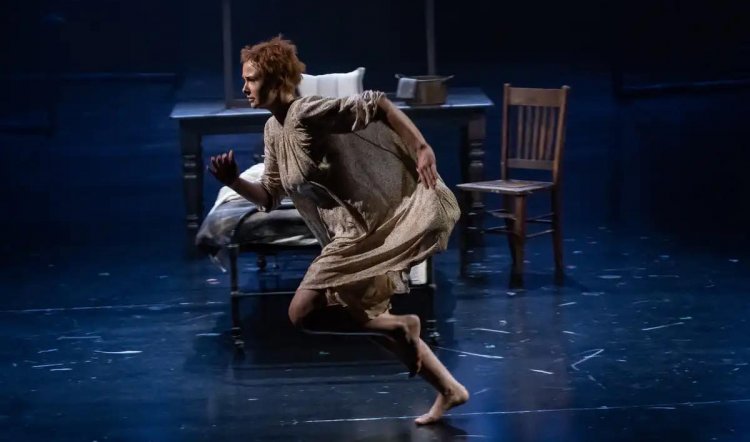 The cast of nine somehow negotiates into and out of some 60 roles (witty costumes: Rene Mulder) and each is fine and by turns touching and hilarious. Tony Cogin is the Bow patriarch as well as other craggy types, including Abigail’s 21st-century dad; Lena Cruz is her mother and lends her voice to beautiful solo moments. Rory O’Keeffe is the handsome and winsome cockle fisherman Judah who awakens Abigail to love and loss. Youngest boy Gibbie (Ryan Yeates) is a career malingerer, keenly anticipating his own tragic passing, while the disfigured Dovey and Judah’s betrothed is delicately portrayed by Claire Lovering.

Catherine Văn-Davies is a warmly convincing Abigail and foil to Sofia Nolan’s Beatie – the meatier, spikier role – and the two are the solid centre around which the action kaleidoscopically swirls. Too much kaleidoscope at times as the (complicated) story gets lost in colour and movement. Disappointing.