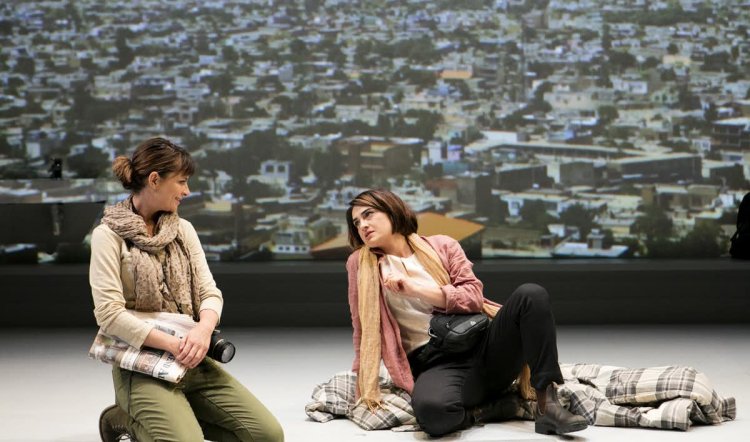 Female foreign correspondents are a rarity, and destined to become even rarer as media organisations economically rationalise and retreat from the wider world and what’s considered important: Sally Sara was the ABC’s “Africa correspondent” for five years. Her beat was the vast continent of some 54 countries and 2000 languages, the only unifying factor being that the population of 1.2 billion was not white.

Sara did an extraordinary job, as she did from many other posts, including the Middle East, Jakarta, New Delhi, and London when it was being bombed in 2005. She also spent close to a year in Afghanistan, embedded with Australian troops. She has chosen that relatively short period in which to distill those years of unflinching blood, sweat and tears – and wry humour – into a mesmerising portrait of a journalist at war.

Stop Girl is described as a “loosely autobiographical play”, yet the one thing that can’t be said about Sara’s first play is that it’s loose. From the opening scene, in a bleak apartment in Kabul, the taut and frequently terrifying atmosphere is palpable; and the pace rarely lets up through its 100 minutes.

In the apartment with ABC foreign correspondent Suzie (Sheridan Harbridge) is her oldest and best friend Bec (Amber McMahon). The latter also works for the ABC but has chosen a different career – in marketing – and is putting together a story about her reluctant heroine BFF. 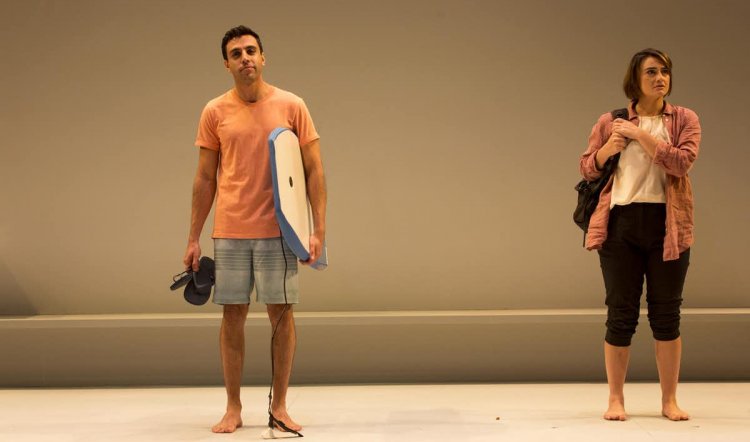 Nevertheless, Bec and the audience leap out of their skins as the everyday reality of “war-torn” Afghanistan unfolds. For Suzie, it’s business as usual. Her response is a dangerous mix of stoic, laconic, and world-weary amusement. Dangerous because the effort of maintaining this demeanour in the face of endless and unimaginable horrors is corroding her heart, mind and soul.

The internal damage becomes evident when Suzie returns to Sydney and a comfy home posting. Walking into Woollies in Potts Point is suddenly impossible as it rips raw the hidden memories of a teenage suicide bomber in a Kabul supermarket. As Suzie inexorably unravels and Bec tries to help, the appearance of Suzie's caring if uncomprehending mother Marg (Toni Scanlan) and Kabul co-worker Atal (Mansoor Noor) highlight her detachment from emotional connection with family, friends, and the here and now.

Through flashes of video imagery onto a blank white wall, as well as the disjuncture between Suzie’s on-camera persona and off-air life, the audience is allowed glimpses into the reality of war reportage. We are “there” with her when she sees kids with their limbs blown off, and her telling Bec that she must always filter material to make it palatable to the viewers back home. Unfortunately, that filter is her own mind and heart and the long-term results are horrendous. The bland warning on the evening news that “some images may disturb some viewers” has never seemed more ironic and First World.

What seems like a very personal rant at the failings of the caring professions is inserted into the latter part of the play. Blood pressure rises in the audience as Suzie barely endures the soothing blandness of a trauma counsellor (Deborah Galanos), whose platitudes and disingenuous sincerity are enough to enrage a peace dove. Despite her fine performance, the character and sequences seem tacked on and could well be excised and take the play from 100 good to 90 outstanding minutes. 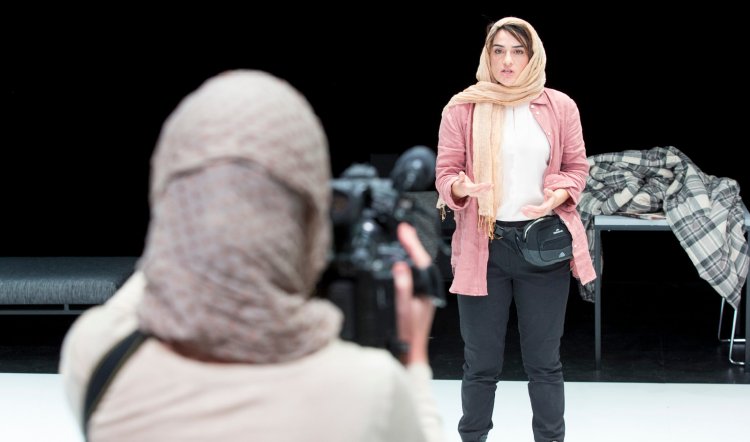 Nevertheless, director Anne-Louise Sarks savours this gift of a story, and the intelligently-crafted script, and fashions one of the most compelling contemporary dramas to make it to a stage in a long time. The creative team of set design: Robert Cousins, lighting design: Paul Jackson, costume design: Mel Page and composer/sound design: Stefan Gregory is augmented by video deviser & cinematographer: Jack Saltmiras, and video content creator & systems: Susie Henderson. Their work is uniformly right and excellent.

At the centre of the drama is Sheridan Harbridge as the embattled journalist. Her journey from elliptical professional to wise-cracking best pal to trembling wreckage is credible, captivating and flashingly brilliant. She is judiciously supported by Toni Scanlan and Mansoor Noor – tasked with representing the normal, decent aspects of life – and with finesse and sensitivity by Amber McMahon. There’s also a cameo role for Kate McClymont’s eyebrow which anchors the piece in 21st century Sydney and the audience’s appreciation.

Apparently, Sally Sara has always wanted to write for theatre. Now we know what took her so long, and holy moly, it’s been one hell of a detour. Recommended without reservation.