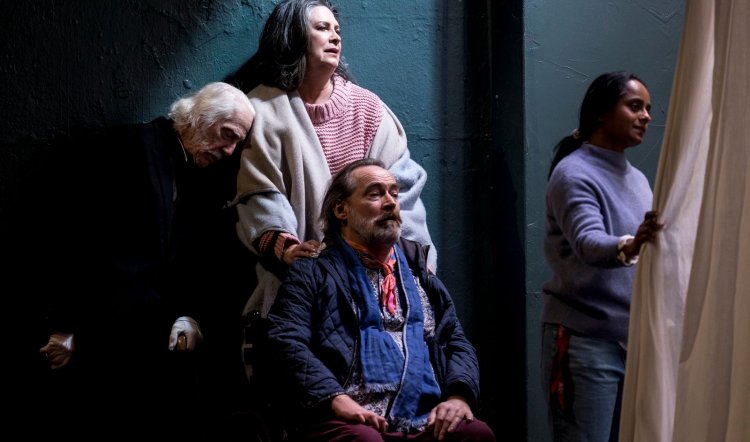 The Cherry Orchard, Anton Chekhov’s last play – a wistful comedy-drama of class and uncertainty – should be an ideal frame through which to view Australia in the second year of Covid19. The top of society is oblivious to misery at the bottom; in the middle, uncertainty is compounded by loss of face, place and security, while neither clearly hears the rumblings from below, but is uneasy nevertheless. So do pass the coke and let’s lease a new Lambo.

In turn-of-the- (20th) century Russia, Ranevskaya (Pamela Rabe) returns to the family estate from Paris after a long absence, to be greeted by the household including her brother Gaev (Keith Robinson). Their feckless disregard for money – aside from spending it – means the place is about to be auctioned. They must pay not only debts but also interest on loans taken out to pay debts. Neither is able to grasp the reality of their situation. So it is with their attitude to serfs and servants: benevolent patronage at best, but mostly sentimental condescension.

This is Rabe’s second bite as Ranevskaya after imbuing the role with richly emotional and sustained brilliance in 2013 – for Simon Stone and Melbourne Theatre Company. This time however, much more is made of Ranevskaya’s dorky qualities, and both she and the play suffer the consequences. 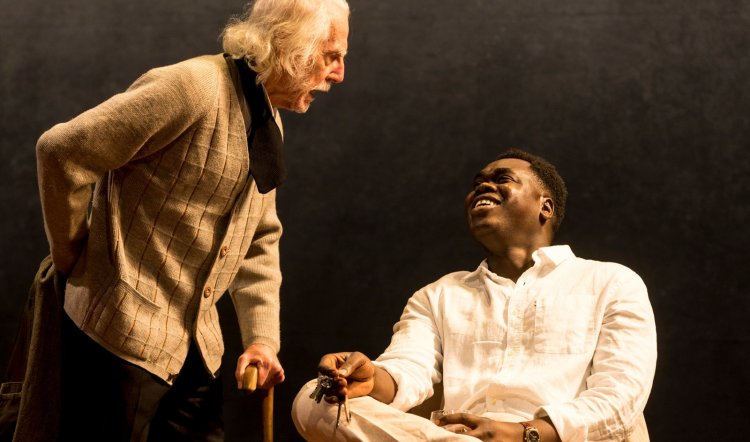 Woke casting turns up an illuminating hint of what’s coming for Russia with the nouveau riche developer Lopahkin (Mandela Mathia): so clearly a newcomer – to society and in outlook. His buoyantly pragmatic attitude (cut down the cherry trees, subdivide and build holiday homes for newcomers) is a shock to the landowners, while for the audience, the East African accent – as thick and foreign as ugali – is an uncomfortably clever reminder of Australia’s official stance on non-white arrivistes.

It mostly works in reverse, unfortunately, for Ranevskaya’s adopted daughter Varya (Nadie Kammallaweera). Not only is Varya trying to cope with the miasma of uncertainty that surrounds her elders but also with the unintended humour the audience takes from her Sub-Continent accent. It is perhaps inevitable that an Anglocentric society, raised for generations on the “funny” – from Peter Sellers through to The Kumars at No. 42 and The Best Exotic Marigold Hotel(s) would instinctively laugh at Varya’s verbal bossiness, rather than hear the plaintively insecure diffidence beneath. It’s to Kammallaweera’s credit that, mainly in her interactions with Pamela Rabe, she is both touching and persuasive, but in the main, the laughs, when they come, are at rather than with her. It’s very 21st century Oz.

Also 21st century Oz is the emphasis in often lumpen comedic tools, rudimentary slapstick and especially, a dance sequence to open the second half that plays so crudely for laughs it’s painful. And in utilising all of Belvoir’s stage area and a mostly bleakly empty set (design Romaine Harper), director Eamon Flack makes much of Dame Edna’s dictum for keeping the hoi polloi happy: colour and movement and lots of running. 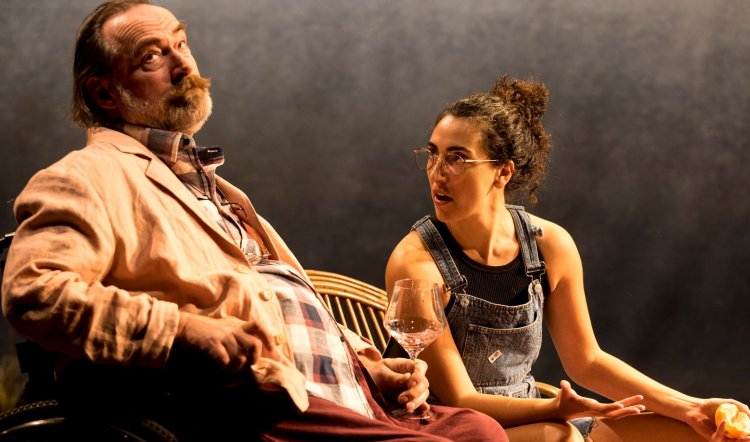 That Chekhov’s examination of misery illustrates how it’s both self-inflicted and ridiculous is best characterised by Peter Carroll as the aged retainer Firs. He’s as old as God – as is Carroll – and together with wheelchair-bound Keith Robinson, it’s sharply evident whenever they are on stage that they are also the most intelligent, nuanced, vivid and fully realised characters of the production.

Also bringing a wealth of experience and stage skill is Lucia Mastrantone as governess Charlotta. Although lumbered with more than her fair share of "rah-rah let’s rouse the troops” business, she inhabits the character of the tricky servant with wicked knowingness. Come the Revolution, heaven help the landowners. Although, of course, Ranevskaya still blithely reassures her brother, “There’s always a tomorrow.”

And as the sound of sawing timber replaces the sounds of partying, we are reminded of an earlier prescient thought from Petya (Priscilla Doueihy), insouciantly representing the intellectual class – and gender-swapped here to understated good effect – that, “I keep feeling that something is about to go horribly wrong”. Indeed.