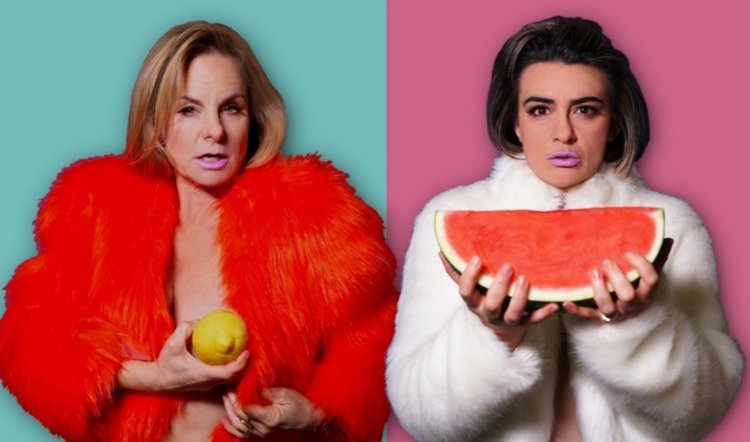 It’s hard to believe the writer of 44 Sex Acts in One Week is the same David Finnigan who wrote Kill Climate Deniers. The latter staged with great success at Griffin in 2018, was ridiculous, clever, sophisticated, thought-provoking, and entertaining. 44 Sex Acts isn’t even ridiculous, it’s just puerile.

Variously described, from its previous Covid-blighted outing in 2021 as “part radio play”, “apocalyptic rom-com” and “riotous and fun” 44 Sex Acts is a painfully long 85 minutes of pre-pubescent schoolboy humour. It allegedly traverses “the full spectrum of kink” in fulfilling the chores of the title but this could only be true if the writer and audience have little or no experience of the things humans might do to and with each other.

For its part, the opening night audience in the hugely unsympathetic York theatre space ran through the full spectrum of surprise, titillation, gasps, giggles, snickers, snorts, and sniggers as journalist Celina (Emma Harvie) struggles to accomplish her commission to perform and write about the 44 acts with the assistance of office boy Alab (Matt Hardie) and anyone else they can rope in.

The instigator of the commission is a sex coach, influencer, and fulfillment maven whose name escapes me (Rebecca Massey). Her quasi-feminist lifestyle website SheSquad is actually a clickbait empire to which she graduated from a former career in real estate.

A side plot involves an urban activist terrorist group whose scheme is to free zoo animals and take them back to their countries of origin. The hapless Priscilla Doueihy doubles as chief activist and also Celina’s drug-addled colleague and supplies one of the few genuinely funny scenes as she does just that.

On the upside, Steve Toulmin’s music and sound is high energy and fun. Trent Suidgeest’s lighting delivers a similar hit. The less said about the participation of brilliant veteran Keith Robinson (sort of narrator) and brilliant not-so-veteran Sheridan Harbridge (director), the better. Otherwise, this is sex for snowflakes and the too easily-offended: despite what is claimed, it’s a claggy mix of vanilla and white bread - with added fruit.