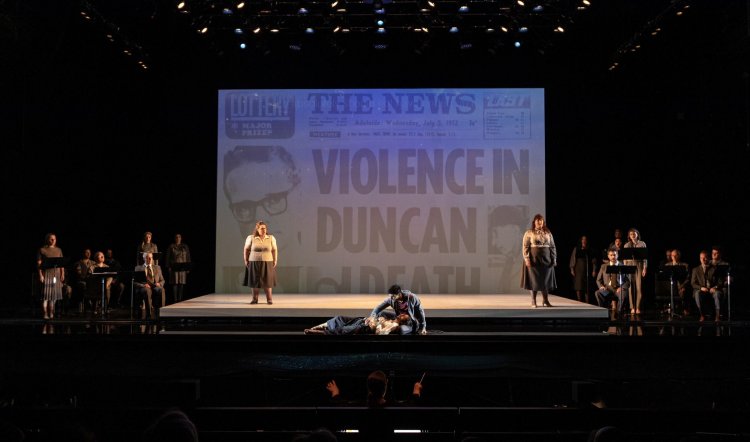 There is so much beauty in this newly-commissioned oratorio that commemorates the murder of one gay man at a riverside beat in Adelaide fifty years ago. And also so much that is bitter-sweet, hideous, enraging, heroic, and dripping with irony and deep sadness.

Directed with typical fluency by Neil Armfield, the 100 minutes of music and story range across fact and feeling, horror and shame, love and courage, begins with the bitter knowledge that what made this crime different from hundreds of others was that it happened to a middle-class academic, a “doctor” – of laws – and a prestige visitor from (gasp!) England.

Like so many symbols, the shy, deeply closeted (even from himself) and religious professor has over the years become almost anonymous, so his full name is quite a shock: George Ian Ogilvie Duncan. As is his repeated insistence that he would not consider himself a homosexual. In the role, fine tenor Mark Oates is piteously dignified in a respectable suit, even as his cop nemesis sports a flagrant attitude and kipper tie (superb baritone Pelham Andrews).

The music, composed by Joseph Twist, and played by a tight, sharp chamber orchestra under conductor Christie Anderson, ranges thrillingly across genres. There are massed choral elements from the Adelaide Chamber Singers with lush romantic chords to savour as well as solo and ensemble acts for the singers; there is also harsh drama led by two percussionists, and a sequence of lyrical country ballad, all woven together by solo operatic voices and the spoken and sung narration of musical theatre star Ainsley Melham as the Lost Boy. 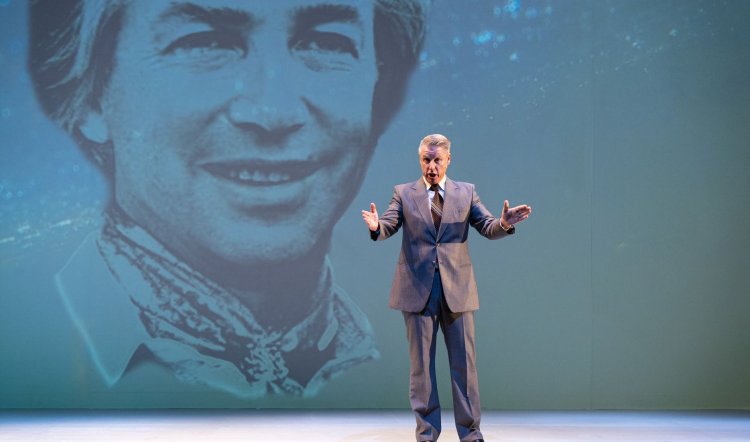 The action begins, however, with a lone dancer (Mason Kelly) descending from the gods on a wire towards the pool of water fronting the stage and in front of a vast screen that fills the back wall of the Dunstan Playhouse. On that screen are projected glittering images of the Karrawirraparri and Tarndaparri, so benign yet for so many: deadly. A further irony is that these original names for the Torrens were re-assumed in 2001, not that many visitors would know. On its banks, the Lost Boy and the Dancer assume the roles of emblematic victims of hate-fuelled violence and the contrasting beauty of their interaction is heartbreaking (choreographer Lewis Major).

As the evening rolls on, the screen is taken over by contemporary newspaper front pages and blurry photos of a trio of self-satisfied-looking men. They were allegedly the perpetrators but who lived out their lives free and apparently untroubled. After all, sings the chorus, “We thought faggots could float”.

In a piquant twist, Pelham Andrews also takes on the role of Mick O’Shea, the police officer who never approved of his colleagues’ escapades and finally summoned up the courage to break ranks and do the unthinkable: dob them in.

In the interim, however, one of South Australia’s greatest heroes had already put himself in the firing line. Don Dunstan (also Mark Oates) the pioneering Premier and shining light of Australian politics made himself the catalyst and target in a bid to change the law. And in 1975, largely through his efforts, South Australia became the first Australian state to decriminalise homosexuality. 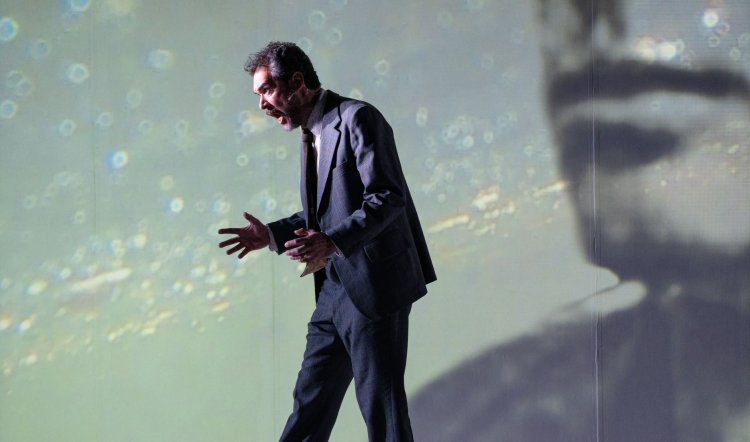 The telling of this extraordinary story of tragedy and (mixed) triumph in the spare yet vivid libretto is the work of playwright-du-jour Alana Valentine and novelist Christos Tsiolkas. It is alternately shocking and beguiling, stark and poetic and there is neither a superfluous word nor missed opportunity to be heard.

Watershed is not only a memorial to an innocent man, but a reminder that class has, over the years, consigned many others to anonymous or unnoticed deaths and violence. Adelaide, of course, has not been unique in this: every city and town has its history – and present stories – of gay hatred and hate crime. George Ian Ogilvie Duncan, however, was the one who inadvertently started the ripples that led to the beginnings of justice and equality.

Watershed is an important and thrilling work and deserves a wide and popular audience.