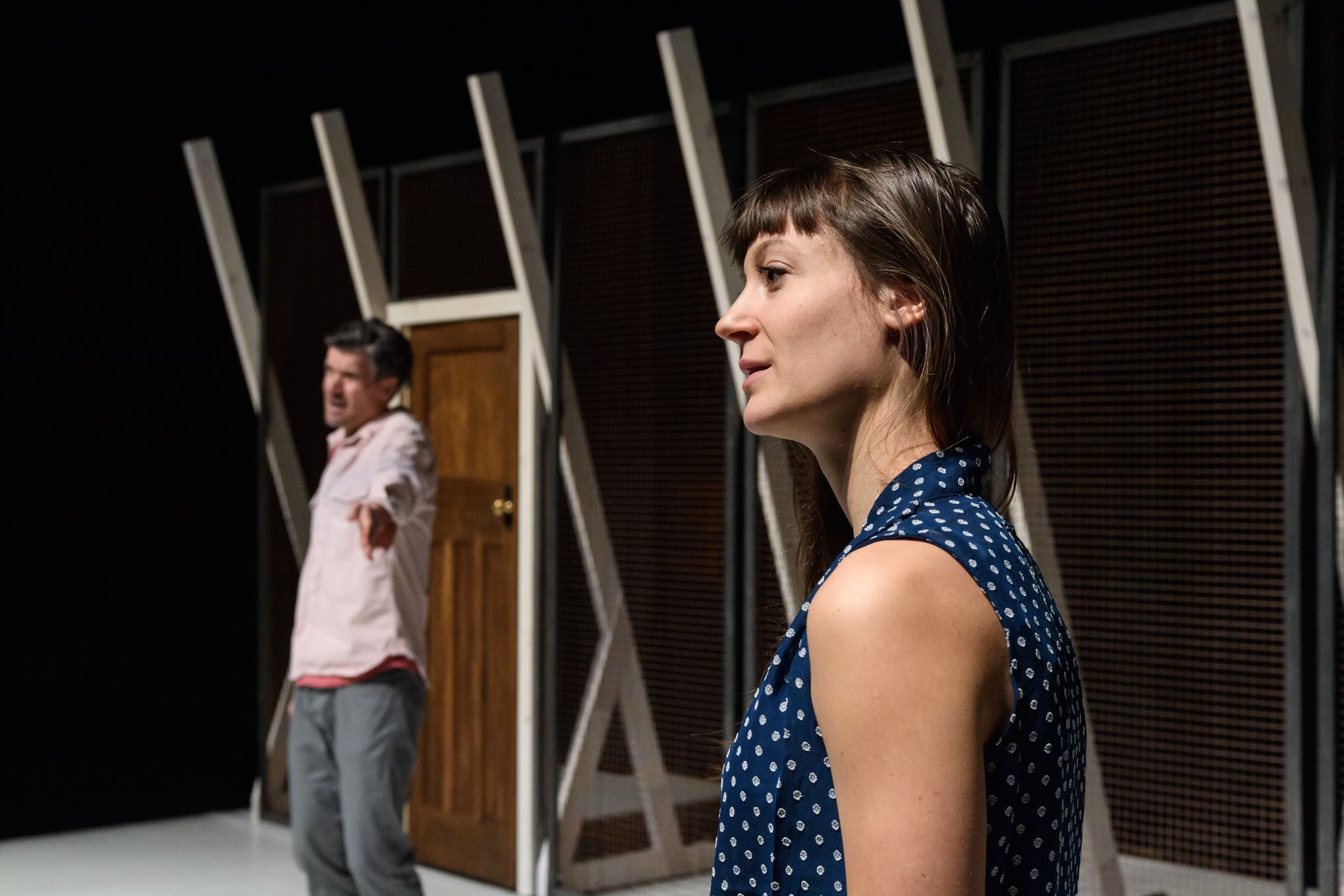 JULIET & ROMEO, Lost Dog at the Adelaide Festival, Scott Theatre. March 5-12 2022. Photography by Tristram Kenton/Jane Hobson from 2021 production with Ben Duke, Solène Weinachter, and a car that has not traveled to Adelaide

Lost Dog is a dance-theatre company based in Laughton, East Sussex which, for the geographically/culturally challenged, is an approximately 20-minute bike ride from another well-known theatre, Glyndebourne. Both institutions produce work of uncommon brilliance but Glyndebourne has a designated chauffeurs’ car park.

Lost Dog is led by artistic director and performer Ben Duke and, together with dancer/actor Solène Weinachter, and playwright William Shakespeare, they have devised and produced Juliet and Romeo. In its hour and 15 minutes, the western canon’s most beloved romantic tragedy is up-ended along with other prized tropes of romance, love, and marriage.

These ficto-historical devices and the original unhappy families story of Montagu and Capulet are energetically presented by Juliet (Weinachter) and with less eagerness by Romeo (Kip Johnson) as a therapy session with audience.

What did happen in the crypt the night Friar Laurence gave Romeo the vial of poison? What did happen when Juliet awoke from her own Laurence-prescribed potion? (The last time he gave her something, Juliet says, she got thrush.) How did the cataclysmic meeting between the two lovers actually occur? And what were the actual circumstances and meaning behind Juliet calling “Romeo, Romeo, wherefore art though Romeo?” 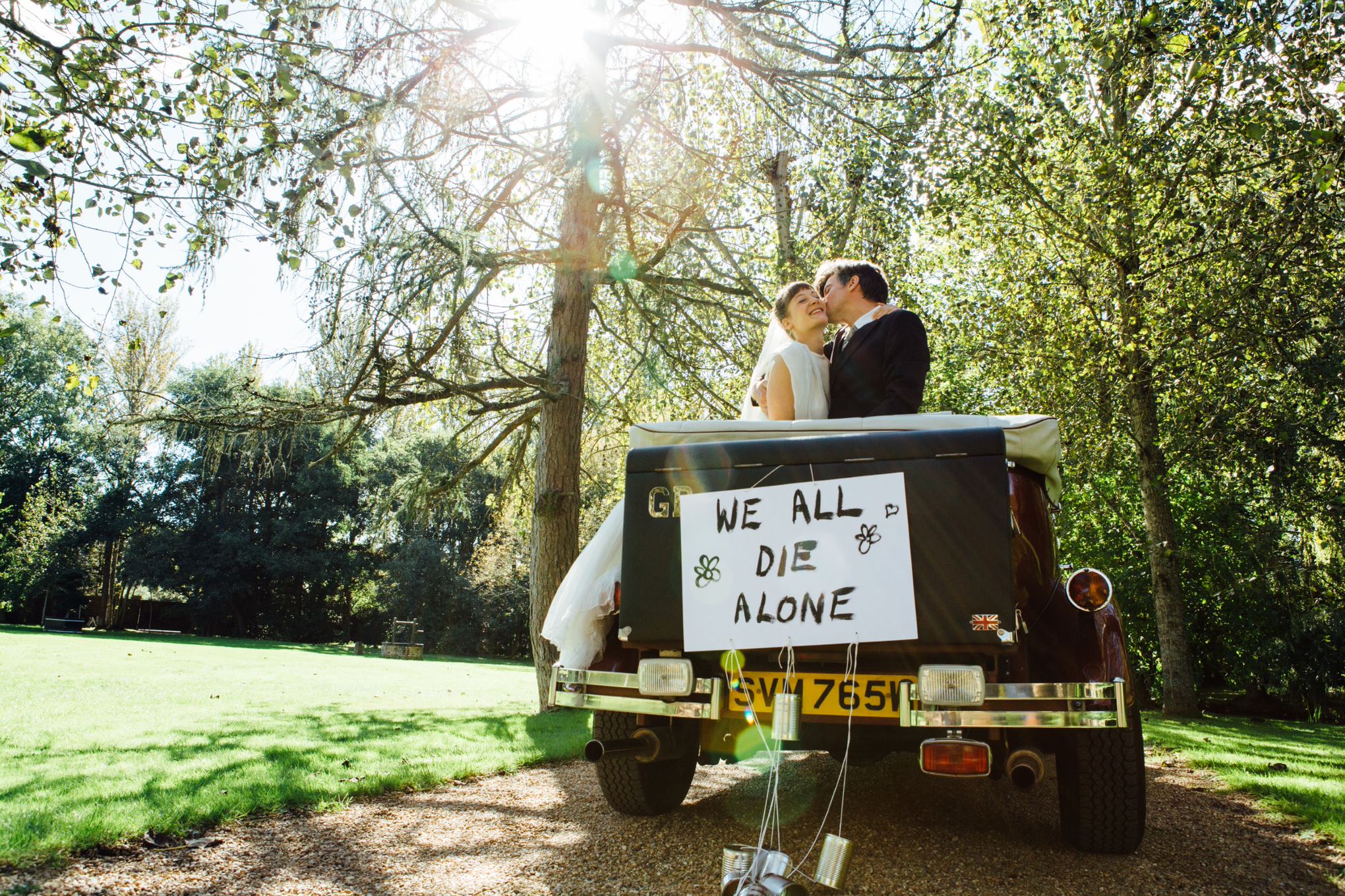 (Mostly) all is revealed in this ingeniously original, acerbically funny melange of dance and spoken word. It’s hardly a spoiler to reveal the pair fled the crypt and Ryanaired to Paris, where they lived happily ever after and were eventually joined by baby Sophie. Except, of course, as with the majority of marriages and adventures in parenthood, it wasn’t quite like that, or even at all like that.

During the audience therapy/intervention session, the lovers are in the throes of a marriage-gone-stale crisis. Juliet is fed up with Romeo’s inability to communicate while Romeo would like Juliet to just shut the fuck up for a minute. And by now, little Sophie is an ornery toddler and her mother is stuck with the hard part of what that means while Romeo goes out to work. Paris is no longer a romance.

As they dance and talk Juliet directs operations. Their personal dilemmas and wildly divergent memories of what happened back in Verona are played out via a soundtrack of luminous music from The Beatles, Marvin Gaye and Tammi Terrell, Frank Sinatra, Simon and Garfunkel, and Prokofiev. The latter’s “March of the Knights”, immortalised in the ballet by Kenneth Macmillan, is given a highly-charged tango make-over by the courting couple, while other songs are up-ended and sweetly soured.

On a simple set (by James Perkins with lighting by Jackie Shemesh) of two armchairs, a house plant, a ladder, a microphone, and a back wall in which two doors are placed, the two – a couple and not a couple, a pair and not a pair – play out parts of the script. “I wouldn’t have said those words,” remarks Romeo grumpily, “I don’t even understand them.” And when he does speak Shakespeare’s tenderest words, they are to his baby daughter. 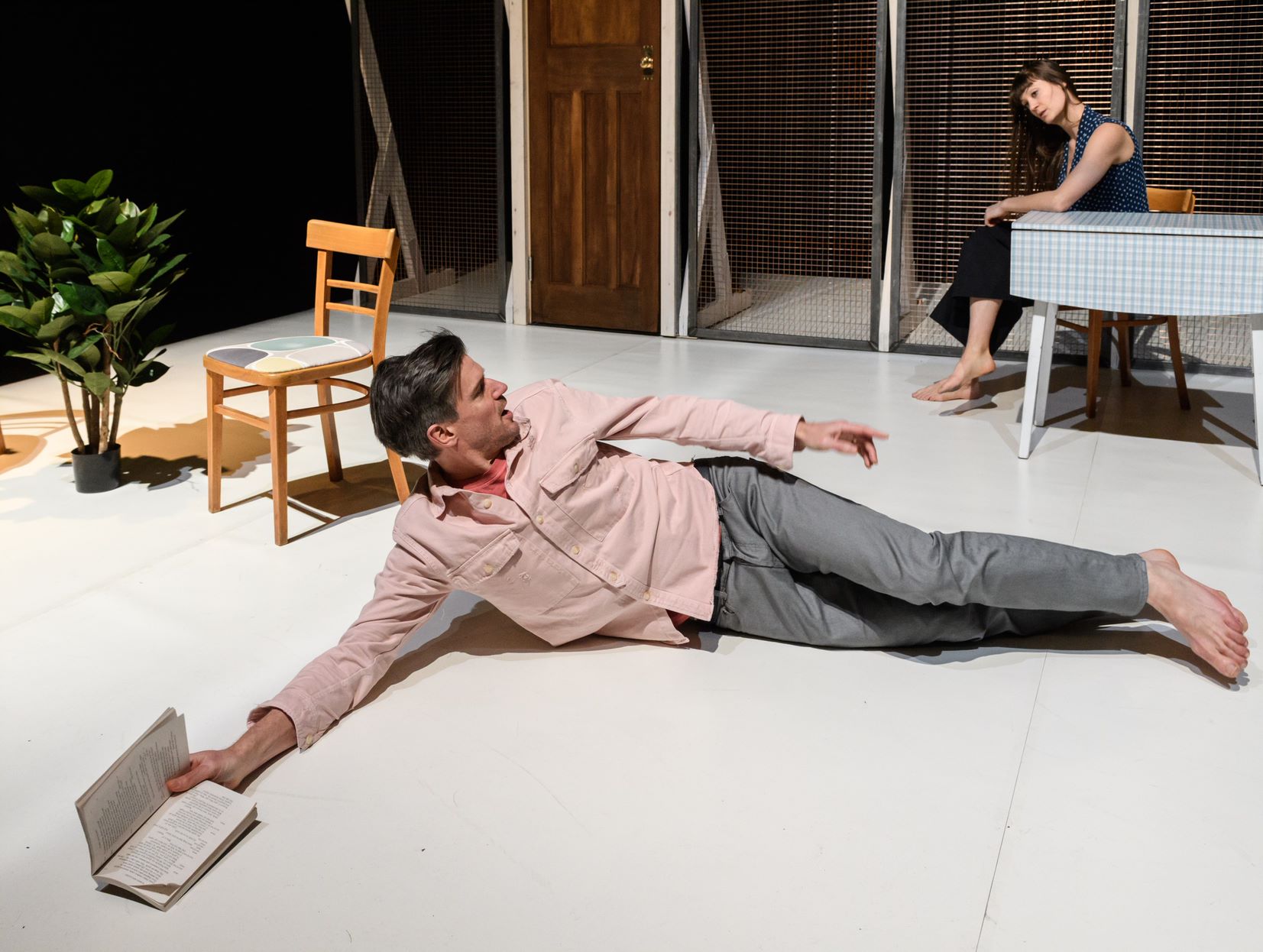 Juliet and Romeo is clever, original, funny, and sad. It’s also a zephyr-like breath of fresh air when it’s not being a shivering blast of reality. A terrific pick for a festival line-up and a very welcome visitor. Catch it if you can.

NB: the opening night performance was somewhat impaired by poor acoustics. Although Juliet requested anyone who couldn’t hear to say so, of course, no one did. As she has the bulk of the spoken word content and a delicious French accent, it occasionally became a bit of a puzzle. However, Festival management says the problem is now sorted. NB+ MARCH 9 - APPARENTLY THE ACOUSTICS HAVE NOT BEEN FIXED.