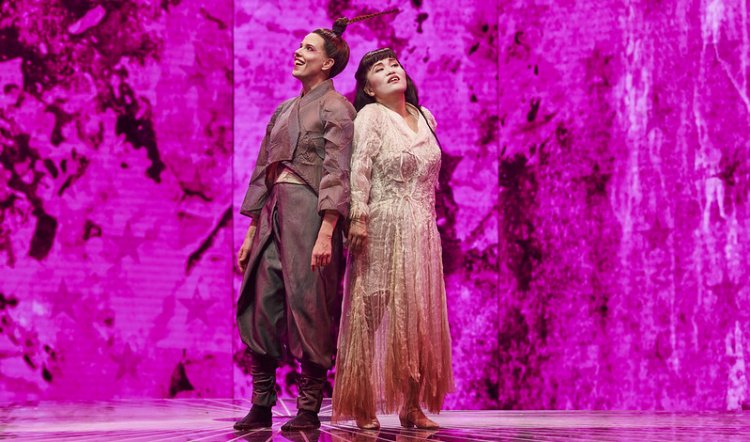 The times have not been kind to the Graeme Murphy/Janet Vernon 2019 re-imagining of Puccini’s classic as an edgy, op-art spectacle (set design Michael Scott Mitchell, digital content Sean Nieuwenhuis). Its original opening night was six innocent months before the arrival of the world-changing Covid19. In June I reviewed the production fairly benignly, giving it 3.5 stars and being rather taken by some heavy erotic Japanese and western motifs, nevertheless commenting, “Both are disturbing in relation to a young defenceless woman and imperial-male power.” And Jennifer Irwin’s costumes – in keeping with the set design – were described as “…a dazzling collection of ancient, modern, oriental and western, historical and hysterical – often in one scene. Marvelous to look at but bewildering to get a handle on.”

Marveled at, at the time, was the imagery projected and LED-led on stage-high panels, described as “semi-strobing in B&W stripes… multiple projected moving images… In some ways, it tries too hard and the result is an overwhelming series of digitised visual tricks and cock-eyed Orientalism. Some are breathtakingly beautiful and relevant; others tend to distract from the singers and narrative. It’s a fine balance and not always achieved.”

Also shocking to realise that this time, accompanied by a migraine-suffering companion, the stripes and virtual strobing could actually be a health hazard. Anyone who has epilepsy might think twice about subjecting themselves to it. 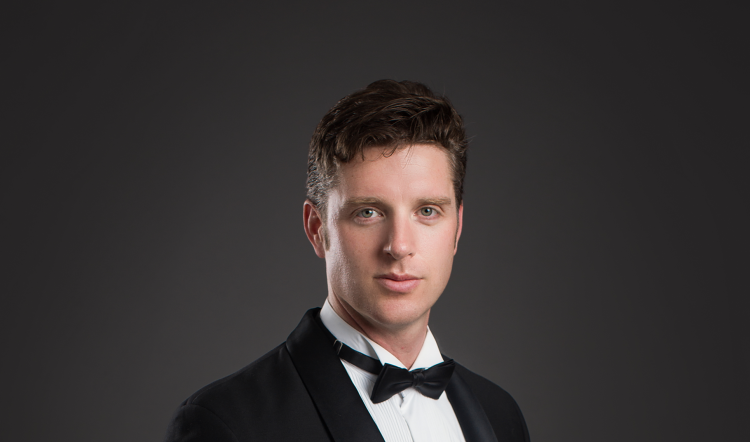 So far, no mention of music and singers: a mark of how unfortunately overwhelming is the physical production now – at a time when many have had enough of heedless brutality and harshness. And this is emphasised even more by the freestanding, twirling central structure which features a raised playing area supported on metal spokes ending in claw-like spikes. Everywhere the eye lands raises a question: why? What does it mean? Where are we? Why?

Being modern or futuristic without context or meaning is neither modern nor futuristic. It serves neither the opera nor the audience. The Opera Orchestra and Chorus under Carlo Montanaro are tight, luscious, and intensely on point. Puccini’s beautiful score is treated with tenderness and restraint. Closed eyes and open ears work well.

As Cio-Cio San, Sae-Kyung Rim carries the piece, as the soprano must, and her power and finesse are electrifying. She had an extra burden on opening night, however, because although Diego Torre, as faithless lover Pinkerton, was on stage, his voice was not. He was obviously unwell from the first strangled notes. Not only was it sad for him, but also for the audience to endure such misery when a more than adequate substitute was waiting in the wings.

A great pity that Thomas Strong, WAAPA and Conservatorium graduate, didn’t take on Pinkerton from the outset. His too-brief appearances for the second half underline why he is part of the current OA Young Artist Program. He’s a star on the rise. 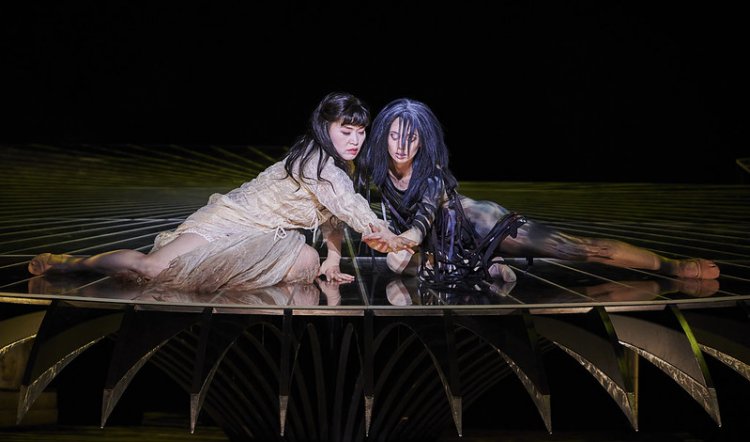 The story: of a young geisha and her US naval officer, whom she “marries” and watches sail away. She bears a son and waits faithfully for her “husband” only to discover he has married a real American wife and returns to Nagasaki merely to take the boy back to a real American upbringing.

Of the mainly tragic (for women) opera stories, Butterfly is one of the most heart-rending. With the emotional and musical support of Sian Sharp as her trousered maid – and true love – Suzuki; and the similarly strong presence of Michael Honeyman as the US consul Sharpless, on the night Sae-Kyung Rim succeeded against the odds in raising the musical and dramatic outcomes to heartrending heights. Other principals were equally fine, but it was her night. Brava.