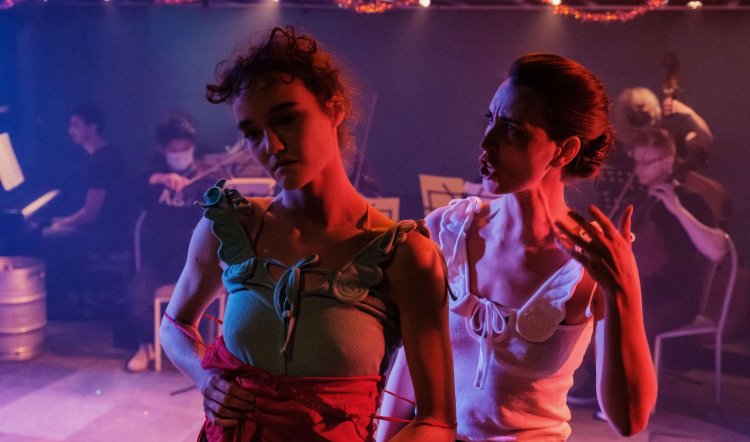 In early 1927, Kurt Weill was invited to present a work for the summer’s German Chamber Music Festival in Baden-Baden. At that point, Weill and Bertolt Brecht were immersed in the Berlin operatic and theatre worlds but had not worked together. Weill, at 27, was then intent on writing large scale opera, while Brecht, two years older, was also toying with a major piece, centred on the imaginary city of Mahagonny. Between March and June, and after much to and fro, a short work that we know as the Mahagonny Songspiel came into being. Their opera would come later.

Almost 100 years later and the songspiel, coupled here with Seven Deadly Sins (a ballet with songs), makes a one-hour musical and theatrical tour de force that is as apposite today as it was when first seen. Then, Germany was sliding towards authoritarianism, life was at once decadent, pleasure-filled and bleak as doom, poverty and war echoed and threatened. Sound familiar?

Mounting the piece at the Old Fitz is inspired. The room – the pub basement and rough as guts at the best of times – is more Weimar Berlin than Weimar Berlin. If Joel Grey or Liza Minnelli popped up between the musicians it would not be at all surprising. As it is, the assembled company doesn’t need Hollywood to thrill and shine in its own right. 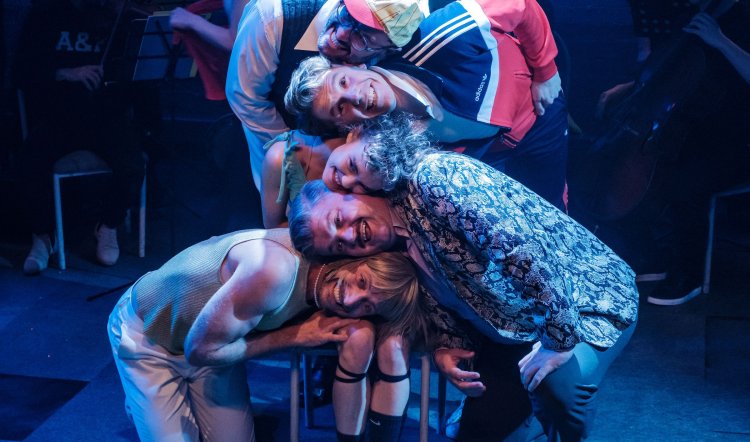 Beginning with The Seven Deadly Sins, rather than Lotte Lenya, the female lead is powerhouse soprano Margaret Trubiano as Anna 1. She and her sister Anna 2 – elastic-limbed actor-dancer Allie Graham choreographed by Shannon Burns – are the hopeful travellers from Deep South rural penury to envisioned success in Hollywood. Their journey takes us and them through complex vignettes of each sin, indicated by Brecht’s favourite prop, the distanciation-signalling placard, and set to Weill’s distinctive melange of musics. A chorus of four (Nicholas Jones, Benjamin Rasheed, Andy Moran and Anthony Mackey), visually resembling an Antipodean version of George Grosz's Pillars of Society, add vocal depth and splendour.

The singers, seamlessly joined by soprano Roberta Diamond in Mahagonny, are matched by Ensemble Apex, in a 17-piece configuration and mindbogglingly divided between two levels at the rear of the room. Conductor Simon Bruckard, working from the stage exit tunnel and in one instance moving himself and music stand to accommodate entrances and exits – draws scarcely believable precision and balanced sound from orchestra and singers. Amazing.

The night is directed with breathtaking flair and imagination by Constantine Costi, on Charles Davis’s simple, witty set (we’re in a rough basement that fancies itself as hip niterie) and Trent Suidgeest’s flawless lighting. Both works are as fresh and compelling as if written yesterday, referencing our own dubious society and politics, and made for Poor Theatre and performers willing to risk leaving the comfort zone of so much of today’s opera-theatre. 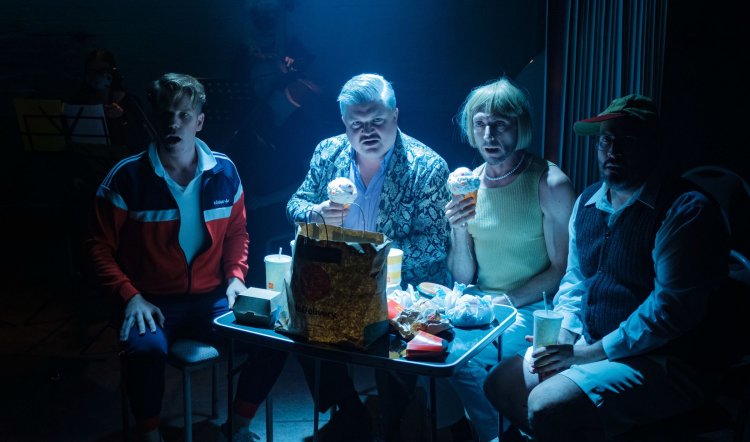 Brecht and Weill’s instructions for the original commission are brilliantly realised here by RedLine and Costi: “Retreat from grand ‘opera’ with its giant apparatus, for the creation of a stage work with only a small cast, with music that is pure chamber music in scale and treatment, and with minimal scenery.”

It’s been achieved and the collaboration with Ensemble Apex which is exploring new repertoire here – is thrillingly ambitious and simply thrilling. Do not miss!