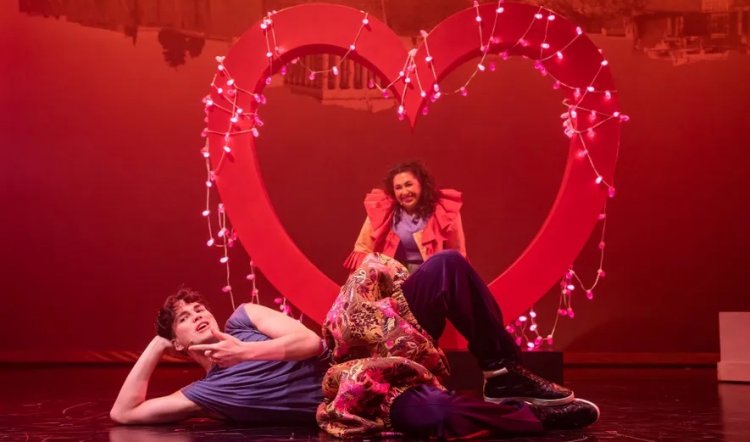 First, there was Kiss Me Kate (The Taming of the Shrew), then there was West Side Story (Romeo and Juliet); and later came Rent (La Boheme). And now – bursting onto the stage like an NYE Sydney fireworks display – come the four young lovers from A Midsummer Night’s Dream, re-imagined simply as The Lovers.

The quartet, plus Oberon and Puck, are all Laura Murphy’s doing and the two-hour, including 20-minute interval show, confirms her as the most gifted and remarkable talent to emerge in Australian musical theatre since Enright and Clarke and The Venetian Twins.

The Lovers brilliantly catapults Bell Shakespeare into the 21st century with an up-to-the-minute take on popular culture and music, while at the same time revealing love and respect for the original. Murphy says, in her program notes, that she’s loved the play and the Bard since childhood and has always wanted other kids to feel likewise.

By segueing seamlessly back and forth from her own music and lyrics to Shakespeare’s text, she brings clarity to the spoken word and adds the naughtiest and silliest wit and fun to the lyrics. The company advises an audience of “14 and above” but it would be an unusually sheltered 10-12-year-old who’d be damaged by the rude bits, although their gran or grandpop might get an attack of the vapours on occasion. 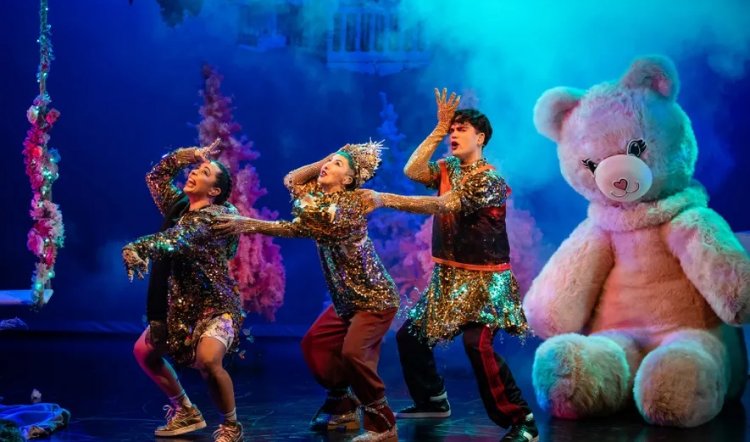 Anyone familiar with A Midsummer Nights Dream will know instantly where they are – in the company of the sub-plot of benighted lovers Demetrius (Blake Appelqvist), Lysander (Jerrod Smith), Helena (Natalie Abbott) and Hermia (Brittanie Shipway). This daffy bunch could only exist in Shakespeare or musical theatre and each is as dopy as only a rich and entitled Gen Z could be.

They are not helped, of course, by the meddling of King of the Fairies, Oberon (Stellar Parry) and their sidekick Puck (Monique Salle). And a sparkling but ill-aimed love potion does the trick to invert the loves and unloves and cause much song and dance and a lot of confusion. These two are first among equals in the company of six.

Led by musical director/keyboards Andrew Worboys in a tight, onstage four-piece band: Konrad Ball (bass), Rex Goh (guitars) and Cypress Bartlett (drums), the show is powered by the six individual voices of the cast, each of which could be a solo front person in their own right.

As well as sounding spectacular as the temporarily ill-fated lovers blunder around the forest outside Athens – represented by an upside-down backdrop of the Parthenon, lest you wonder whether this is for real – the set design and costumes are a crazy and colourful delight. Marg Horwell has totally gone to town on both, cornering the market in pink and white Christmas trees, and devising a selection of anachronistic costumes that undercut all macho tendencies and girly nonsense; then there’s the larger-than-life-size statue of the Bard and a wickedly mobile illuminated red heart. Both serve as props for the quartet from time to time. 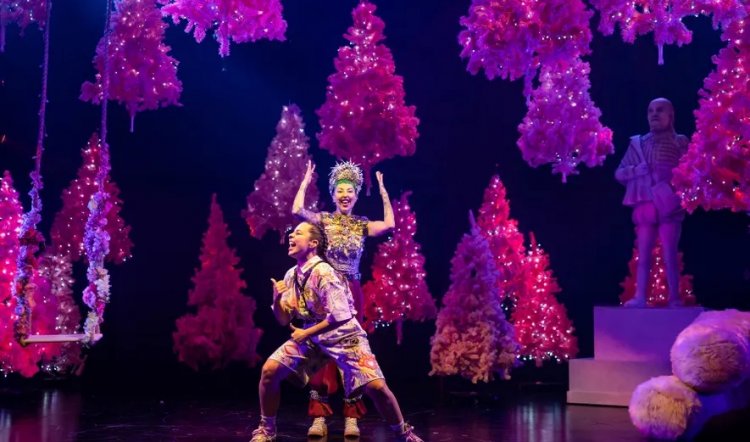 Horwell is ably partnered with Trent Suidgeest’s agile and playful lighting and both create a truly magical and entertaining world for the action.

All in all the creative input to The Lovers is dazzling. Yvette Lee has not only devised witty and apposite choreography but also fashioned sharp and knowing performances from the company. Similarly, fight director Nigel Poulton has trained the actors into seemingly instinctive and easy tussles – involving all four lovers on occasion. The result is a rare and remarkable spectacle of everyone on stage being entirely at ease with the action and themselves. It makes for high-octane entertainment.

Sound designer David Bergman and the sound desk might have a think about the balance between the ensemble voices and the band in the early part of the show as the lyrics get lost somewhat and they are important.

Lastly – but not least – all of this is brilliantly shepherded by director Shaun Rennie. His ability to keep all the recalcitrant and ill-matched balls in the air while not losing the humanity behind the nonsense and laughter is a delight. Absolutely recommended.