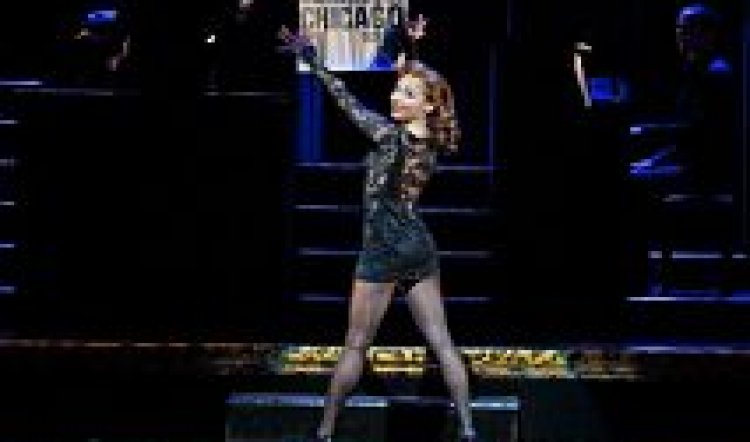 SHARON MILLERCHIP is a working mother of two (Eloise, 7, and Fergus, 3) who is also one of Australia’s most dynamic and accomplished stars of musical theatre. With her good mate Caroline O’Connor and a stellar company of equally great performers, Millerchip is currently cracking out eight shows of Chicago! each week at the Lyric Theatre.

“Caroline and I love these roles,” says Millerchip of Roxie Hart and Velma Kelly, the bad, bad girls of Chicago. “They’re so coveted. They give you the opportunity to do everything and to have your time. I’ve played Velma and I loved that, but now I love Roxie!”

Both women have shone, in Australia and overseas, as the murderous molls who discovered the power of celebrity – way back in the 1930s – and also how quickly it moves on.

“Roxie is first and foremost an acting role,” says Millerchip. “It’s the comic element I’m cherishing. The monologue is the closest I’ll ever get to stand-up comedy. You have to duck and weave and morph the performance every night, depending what’s happening with the audience.”

Seven-year-old Eloise has been to see Mum at work. “She loves, loves, loves Chicago,” says Millerchip. “She’s full of wonderment and has a lovely strong personality, so even though Chicago isn’t a kids’ show, she came. She also came to Rocky too and I was worried because of the giant penis with confetti shooting out of it, but she loved the confetti and didn’t notice anything else!

It’s not always that simple, though, and Millerchip has to deal with the classic heart tugs of the working parent. “She gets a kick out of it, but she’s a little girl too,” says Millerchip, rather plaintively. “She wrote me a letter that went ‘can you change jobs because I never get to see you and that’s why I’m grumpy in the mornings’ and it breaks your heart, but that was really about the days I have two shows.”

The rest of the week Millerchip maintains a routine that would be punishing for an SAS man. And the show itself is just the tip of the iceberg. “I get up up every morning and make packed lunches then go back to bed,” she laughs. After that the body has to be kept in tune and well oiled too and the Wednesday massage provided by the producers is just the tip of that particular iceberg. 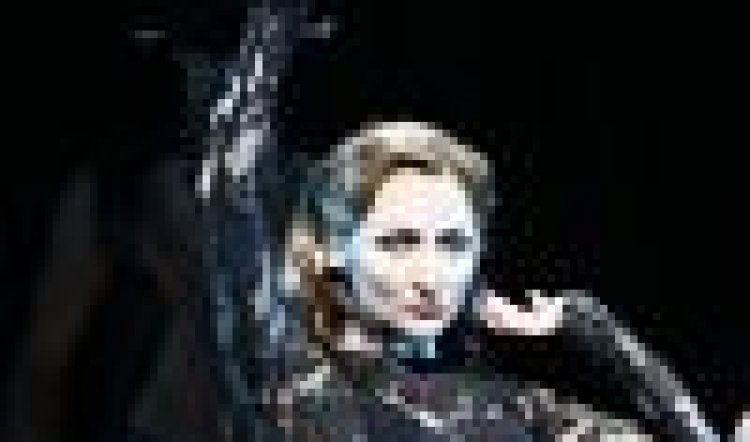 “It’s habit, really,” says Millerchip. “I come from a dancing background and I’ve got into the habit of calling on my body, I suppose. Every now and then I think – you’ll push and push till you fall down dead, but of course, you don’t. It’s the voice that packs in when it feels like it. It’s only a tiny little muscle; not like the rest of your body, it’s much harder to control.”

Being in a major and successful production such as Chicago! has another energising factor, says Millerchip, and that’s the audience. “It’s true. The audience holds the power. People don’t always get the concept – that they’re part of it. It’s tangible, the energy they create. You don’t know where it’s going and every show is different. We joke about getting t-shirts made saying ‘You can’t hear a smile’ – sometimes when they’re very quiet it can be quite scary.”

Meanwhile, however, Millerchip is enjoying herself and the company she keeps, even though they’re the lowlife of Prohibition Chicago. “There’s a great feeling backstage and we’re blessed with that. It’s not always the case but let’s face it, life’s too short to have a bad time at work. I don’t have the energy for drama!”

After the Sydney run comes to an end the company is off to Melbourne in early August and Millerchip and her family are already working out how to handle it. “It’s very exciting and I’m looking forward to it, it’ll be a family adventure. Families do it all the time and one parent commuting and the rest of the family visiting just means more frequent flyer points. It’s just less common that the mummy is the one going away.”

And the mummy is the one going away to continue with her other life of crime and punishment. “There’s a delicious duality in playing Roxie,” says Millerchip. “In the morning I pull on my jeans and drop off the kids, then in the afternoon I climb into black fishnets and get on with a bit of murder, cheating on my husband and plotting his downfall. I played ingenues for a long time, so I love that she’s so bad. And,” she laughs, “It’s really nice being part of a big hit.”