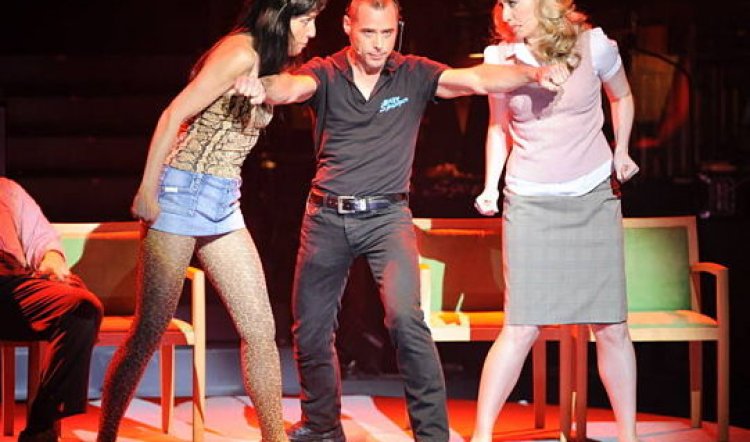 Jennifer Peers pictured right with Jenny Vuletic and Marcus Graham in Jerry Springer the Opera at the Sydney Opera House 2009, pic by James Morgan, and far right: scene from Shoes

If you’ve been wondering where Jennifer Peers has disappeared to, the answer is: London. And she’s about to make her West End debut in a new show called Shoes!

Her Australian credits include Opera Australia's national tour of My Fair Lady, and she was Frieda/Betty in Sunday in the Park with George for the Q Theatre. She was also the original Minnie Davies in the premiere season of The Hatpin. A turning point for her was playing Peaches in Jerry Springer the Opera at the Sydney Opera House,

“I first met Richard Thomas working on Jerry Springer last year,” says Jennifer by email from freezing London. Thomas was the composer of Jerry Springer and on the strength of it he pitched and idea that would become the revue Shoes to Sadlers Wells.

Shoes turned out to be a big hit with critics and audiences, not surprising really, considering the subject: the history of footwear with 29 songs including a hymn of praise to Manolos, Louboutins and Jimmy Choos. 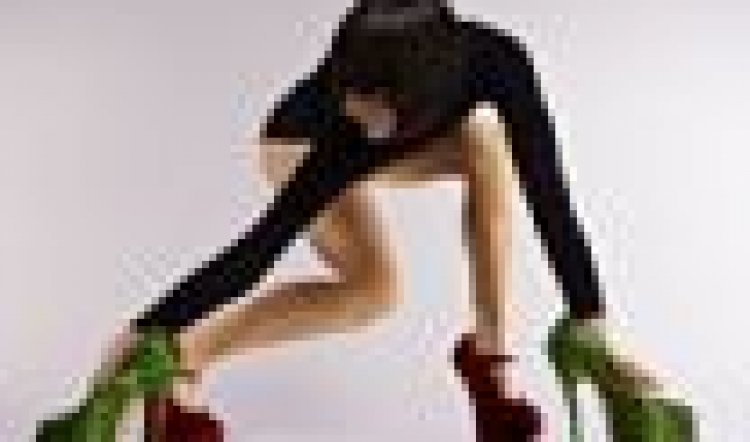 “The show is about shoes!” says Jennifer. “It's a musical with four singers and twelve dancers that’s a celebration of shoes of every kind from Crocs to Ugg boots to stilettoes.” And Jennifer is lead soprano in the show when it goes to the West End in February 2011. “It’s really exciting to be part of the transfer,” she says. (Next stop for composer Richard Thomas is an opera about Anna Nicole Smith.)

Jennifer graduated from the Queensland Conservatorium of Music in 2001 with a Bachelor of Music (Voice). Then – of course – she went to WAAPA and has a BA (Music Theatre) from the country’s pre-eminent musical theatre school. In 2007, Jennifer was awarded a Buzz Grant for emerging musicians by The Foundation for Young Australians.

“And yes, until I arrived in London I had never seen snow in my life, but looks like we may have a White Christmas this year – fingers crossed!”