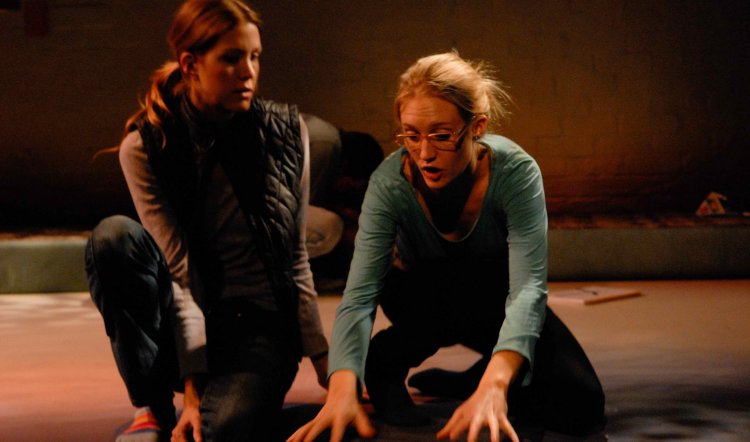 Much admired theatre director SHANNON MURPHY (pictured above right with Belinda Bromilow) first came to prominence in Sydney with her production of My Name is Rachel Corrie, a passionate and moving account of the tragically short life of the young American peace activist. Murphy writes here of events that followed.

Rachel Corrie was an American peace activist working for the International Solidarity Movement who was killed by the Israeli Defence Force (IDF) on 16 March 2003. She was crushed to death while protesting the demolition of a Palestinian home that was being bulldozed by the IDF in Rafah in the occupied Gaza Strip. She was 23 years old. At the end of August 2012, an Israeli judge ruled against a civil law suit issued by Rachel Corrie’s parents claiming the State of Israel was responsible for her death.

The Corrie family demanded a symbolic $1 in damages and legal expenses from the Israeli military for the unlawful or intentional killing of Rachel, or at minimum, of gross negligence. Considering the initial report Israel issued right after Corrie’s death, claiming the bulldozer hadn’t even come into contact with her, their verdict this week that the bulldozer driver could not have seen Rachel, holds little surprise following years of back-pedaling on that original report.

Her story may seem like an isolated incident but two other internationals were killed just weeks after Rachel in the same area by the IDF. Tom Hurndall, another peace activist, and James Miller, an award-winning documentary filmmaker. And they support real concerns for the bleak future that may lie ahead for the Palestinian people. Claiming no responsibility for Rachel Corrie’s death reflects a lack of self-awareness by Israel to consider their military’s actions even in the case of a young woman who was a citizen of one of their most powerful financial backers…the United States. The Israeli judge strove to make Rachel Corrie invisible, surely knowing she was not invisible to the bulldozer driver who killed her.

According to the Israeli human rights organization, Yesh Din, "Approximately 94% of Israeli military investigations of soldiers suspected of violent criminal activity against Palestinians and their property end without indictments, (source: globalresearch.ca) and 91% of investigations into crimes committed by Israeli civilians against Palestinians in the Occupied Territories, also end without indictment. In this case, the district court judge ruled that the driver of the bulldozer could not see her, despite eyewitness testimony to the contrary."

From a young age Rachel was idealistic about changing the world, which is evident in her journals and creative writing. As she entered adulthood the world and its problems lay heavily on her shoulders. She decided to travel to Gaza to try to understand more about the Israel/Palestine conflict. This had become important for her. Rachel wrote very honest diary entries during her time in Rafah which expressed her frustration at the injustices occurring as well as a creeping fear for her own safety the longer she stayed in Gaza. In the six weeks Rachel spent in Palestine and Israel before her death she left us with observations, philosophical ideas and a personal connection to a conflict that very few of us can fathom but many have sacrificed their lives for.

My introduction to Rachel Corrie came four years after her death in 2007 when I read a play called My Name Is Rachel Corrie, based on her diaries and emails edited by Alan Rickman and Katharine Viner. With consent from her parents, I directed the play (starring Belinda Bromilow) at Belvoir St Theatre in 2008 and a second season at the Seymour Centre in 2009.

Later, I learnt the repercussions of speaking out against Israel. Vic Alhadeff from the NSW Jewish Board of Deputies asked to have coffee with me in an effort to make me understand his position. He told me a story about a friend of his who lives in Israel who is afraid to travel with her whole family in one car to go to the beach. They travel in two cars so that that if one is blown up by a Palestinian bomb at least half the family will survive. It was hard for me to sympathize when most Palestinians are denied access to the coast and the vast majority of Palestinian children have never seen the Mediterranean. He responded by having a cartoon drawn of Belinda in the Jewish News. She was portrayed as a naïve ditz with a valueless opinion.

This was followed by an interview (with me) for one of the major daily newspapers. When asked my thoughts on the conflict I said that it was clear to me from recent death counts who the greater bully was, and that Israel should cease. The reporter stopped the recorder and advised me that her paper would not publish this opinion and I should be careful what I said to the press if I wanted a career. In the published article I was characterised as undecided and sympathetic to both sides.. I learnt that you don’t have to be in the Middle East to be bullied by Israel!

There is a very dark and complex history between the two sides, but today in 2012 the statistics are clear. Israel is strangling the voices and resources of the Palestinian people and forcing them off the land that Israel wants for itself. Isn’t this ethnic cleansing?

‘When that explosive detonated yesterday it broke all the windows in the family’s house. I was in the process of being served tea and playing with the two small babies. I’m having a hard time right now. Just feel sick to my stomach a lot from being doted on all the time, very sweetly, by people who are facing doom. I know that from the United States, it all sounds like hyperbole. Honestly, a lot of the time the sheer kindness of the people here, coupled with the overwhelming evidence of the willful destruction of their lives, makes it seem unreal to me. I really can’t believe that something like this can happen in the world without a bigger outcry about it. It really hurts me, again, like it has hurt me in the past, to witness how awful we can allow the world to be.’– an email from Rachel Corrie.

Today Rachel and her legacy are still very much a part of my life. I spent the beginning of 2012 directing a show at the Schaubühne Theatre in Berlin for their Festival of International New Drama. I met the members of The Freedom Theatre in the West Bank whose previous artistic director and co-founder, Juliano Mer Khamis, was murdered in 2011. We spent two weeks watching shows and enjoying being artists from around the world, coming together to share our work and experiences.

We watched a documentary on Juliano, their visionary leader who used theatre to channel the energies of the youth of Jenin in the West Bank into more productive ways of resistance than becoming suicide bombers. Since meeting them their new AD, Nabil al-Ra’ee, and co-founder, Zakaria Zubeidi, and their defence lawyer have been arrested and detained by the Israelis. According to human rights organizations the men have been tortured. Zakaria Zuneidi has still not been released. These people are theatre makers!

As news articles continue to pour in about the people of Palestine who are prevented from working, attending school, trading or living normal lives because of sanctions and checkpoints imposed by Israel, I am constantly reminded of Rachel’s words: 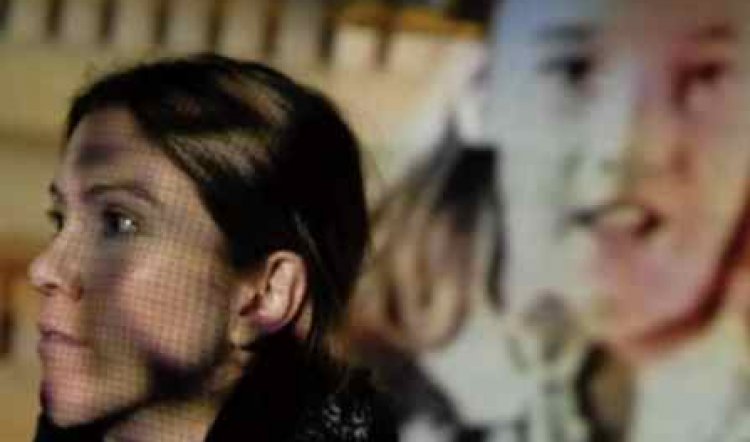 If any of us had our lives and welfare completely strangled, lived with children in a shrinking place where we knew, because of previous experience, that soldiers and tanks and bulldozers could come for us at any moment and destroy all the greenhouses that we had been cultivating for however long, and did this while some of us were beaten and held captive with 149 other people for several hours – do you think we might try to use somewhat violent means to protect whatever fragments remained? I think about this especially when I see orchards and greenhouses and fruit trees destroyed – just years of care and cultivation. I really think, in a similar situation, most people would defend themselves as best they could.

Since her death, Rachel’s family have set up The Rachel Corrie Foundation for Peace and Justice which“carries out that work with her vision, spirit, and creative energy in mind; programs that foster connections between people, that build understanding, respect, and appreciation for differences, and that promote cooperation within and between local and global communities”.

I do not believe Rachel ever meant to martyr herself; she simply sought answers and a just peace and life for the Palestinian people.

Like her, I don’t have a solution to this conflict but I don’t believe in a violent one. I don’t believe in stripping away people’s human rights and I will refuse to support any connection to Israel until they begin to make change.

The current situation with Palestinians being allowed to go to the beach: http://www.npr.org/2012/08/26/159998746/if-only-briefly-palestinians-flood-into-israel

Video of Cindy Corrie (Rachel’s mother) talking after the verdict and other international victims of Israeli Military killings and injuries: