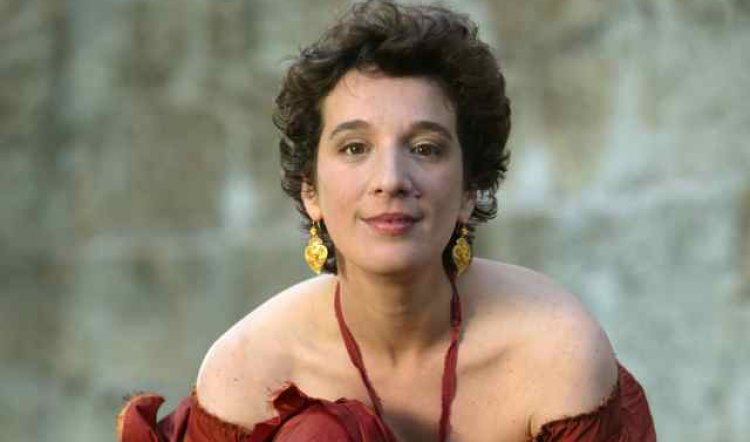 JOHN SHAND is a leading music critic and commentator – and musician - and he isn’t happy about the music content of the Sydney Festival. He tells us why and also, who he’d like to see visiting next January.

Among the glories of an event like Sydney Festival is that audiences will take on trust the judgements of the artistic director and his or her programmers, and buy tickets to performances by artists with whom they are unfamiliar. In the area of music, however, this trust has broken down. Over the seven years of the regimes of Fergus Linehan and Lindy Hume the music programming has become ever more populist (while theatre and dance have retained an edge of risk). Rock and pop acts have become the headliners, and even a venue like the Spiegeltent has been filled with artists operating in familiar sonic territory.

Classical music and opera have been ditched entirely, with Hume even telling me in an interview that it was "not that sort of festival". Why not? It used to be. Nothing should be off limits, including the populism that has been pursued. The other area that has been treated shabbily, and the one we shall dwell on, is what I call "creative" music, a term used as a differentiator from "interpretative" music. In the latter, whether classical or pop, the players try to realise a preconceived work in a similar fashion each time. Creative music, by contrast, has a strong element of improvisation, of music being created on the spot. I shy from simply using the term "improvised music", because this can imply the quite specific area of music that is entirely improvised, as in free improvisation.

We can divide creative music into two loose sub-categories: that which falls under the vast umbrella of jazz, and that which falls under the even more immense umbrella of the traditional idioms of the world. While both have been present in recent Sydney Festivals, this representation has often smacked of tokenism. In the seven years under discussion three of the international jazz acts - the Tord Gustavsen Trio in 2006; the Esbjorn Svensson Trio and Madeleine Peyroux in 2007 - had performed in Sydney fewer than 20 months before their Festival appearances. In 2008-09 there was no real jazz component to the event, other than the Moscow Art Trio in the Spiegeltent, and in those seven years the only Australian creative music artists to appear at all were the Necks in the Spiegeltent in 2007.

It appears that creative music has been a massive blind spot for Sydney Festival music programmers, who – evidenced by what they have delivered - are either ignorant, out of touch or unaware of the significance of a range of artists. Any of these is indefensible when people exist who do know. Festival programmers have also failed to present a single collaboration between locals and internationals since Paul Grabowsky's Tales of Time and Space project in 2005.

One can only hope that the incoming director, Lieven Bertels, has the inclination to address this issue (in conjunction with his programmer Danni Colgan, who has previously worked for the London Jazz Festival). If, perchance, they are casting around for ideas, let me be so bold as to offer a wish list.

One of the biggest and most elusive prizes would be Keith Jarrett. (Pictured right.) People would flock from Perth, Darwin and New Zealand to hear this singular pianist, especially were he to bring his trio with Gary Peacock (bass) and Jack DeJohnette (drums) [see http://www.youtube.com/watch?v=bCSQbxzJyoU]. Alas Peacock is not a well man, and Jarrett has a back problem that makes him minimise long-haul flights. But were the right overture made to coincide with his performing in Japan...

The Art Ensemble of Chicago[http://www.youtube.com/watch?v=MaSECcxbu0M&feature=related] has not been here since 1980, and despite the deaths of two of its founders, it remains a formidable band, and the only one surviving from the heady 1960s. At the other end of the scale Darius Jones has recently emerged: an alto saxophonist who is a force of nature and a direct descendant of the '60s firebrands [see http://www.youtube.com/watch?v=ZNEd5ewusf8].

The great American saxophonist Charles Lloyd has taken his brilliant quartet to Melbourne, but never to Sydney, and should be brought here before it is simply too late [http://www.youtube.com/watch?v=Fn0xsx7r108]. The equally significant British saxophonist John Surman was last in Sydney in 1983. Among his many projects is a duo with DeJohnette, which would astound local audiences.

Bill Frisell[http://www.youtube.com/watch?v=rFc7ZxS0In4&feature=related] is probably the most important electric guitarist alive, and could easily headline the festival playing in two or three different contexts ranging across jazz, country, surf, Americana and African music!

John Zorn[http://www.youtube.com/watch?v=7ruEZEpGw94], the agent provocateur of New York jazz, improvisation and Jewish music, has never been here, and could be counted on to produce something special, as could the magical Italian trumpeter Enrico Rava, who would also be making his Oz debut [http://www.youtube.com/watch?v=sIZkUUROeZw&feature=related].

Such cross-pollination is not the exclusive domain of overseas artists. Australia's leading drummer, Simon Barker, has Daorum, a collaboration between four of Sydney's finest jazz musicians and two virtuosos of traditional Korean music [http://www.youtube.com/watch?v=9B5Vtlf_Cco]. This lies at the very heart of what Sydney Festival should be presenting. 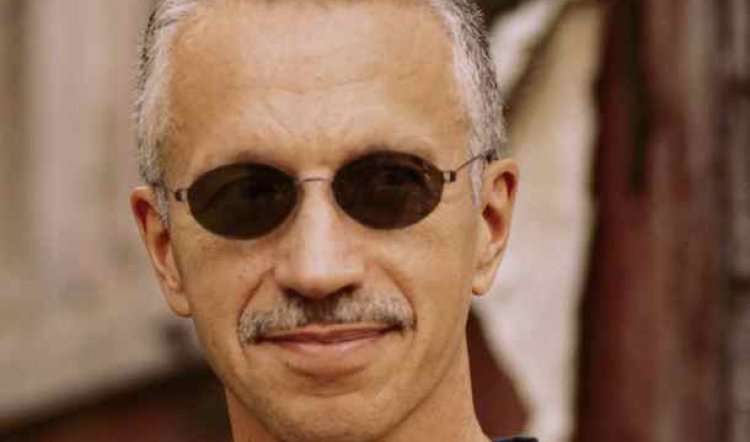 Another example would be the local master of the oud, Joseph Tawadros, and his brother, James, who is a wizard on Arabic percussion. They recorded The Hour of Separation with the cream of New York's jazz players - guitarist John Abercrombie, bassist John Patitucci and DeJohnette - and this would be magnificent collaboration to present here [http://www.youtube.com/watch?v=8SxGJ1w4BFw].

Stu Huntermay be the most exciting composer in Australian creative music, and his two suites, The Muse (for quartet) and The Gathering (sextet) have never been aired back-to-back in Sydney [http://www.youtube.com/watch?v=1Br0Ll2vlLo]. When presented separately they have drawn some of the most fervent standing ovations I have witnessed.

Phil Slateris among the finest trumpeters in the world, and leads one of the best bands Australia has produced. With Peter Sculthorpe's blessing he has a project with the working title of Sun Songbook, which reinterprets some Sculthorpe compositions within a loosely jazz idiom. It has been aired in its early stages in Melbourne and Wollongong, and is ripe for a high-profile Sydney premiere.

Another fascinating project is Rick Robertson's Mutiny Music. Robertson, a saxophonist/composer who is a descendant of Fletcher Christian, has taken pieces penned by the Bounty mutineers' offspring in the 19th century, and scored them for his jazz sextet, Baecastuff. He has also penned new music, and with the addition of slides this becomes a complete show rather than a concert, and a no-brainer for the festival to champion [http://www.youtube.com/watch?v=k8eSyler4sI].

In 2008 the Wangaratta Jazz Festival curated a concert featuring the leading American jazz guitarist John Scofield teamed with local guitar prodigy, James Muller. Revisiting this combination (plus rhythm section) would be a marvellous way not only to present the hugely popular Scofield but also to substantially increase Muller's profile in one hit. With so much public money involved it is a travesty that one of the aims of Sydney Festival is not to leave the local music scene in some way enhanced.

Senegal's Seckou Keita [http://www.youtube.com/watch?v=BwYU-51HqJw&feature=related] brought his band here for the 2009 Sydney Festival, but was only presented in the Spiegeltent. The kora player and his brilliant multinational band should return to play in the likes of the City Recital Hall, Concourse Chatswood and Parramatta Riverside.

The gorgeous Rokia Traore [http://www.youtube.com/watch?v=VrMHo6u5vQc] was also here in 2009, but at the Enmore as a leg of her Womadelaide visit. The Malian singer, too, should be brought back, this time to grace the Concert Hall, as she did on her first tour. Staying with African artists, the astoundingly talented and versatile Richard Bona made a low-key Sydney debut at the Basement in 2010, and this do-anything singer and multi-instrumentalist from Cameroon should be given the wider exposure the festival affords [http://www.youtube.com/watch?v=dnFhvxcNXME].

Moving across to Greece the festival should bring out the extraordinary singer Savina Yannatou [http://www.youtube.com/watch?v=KZz5pczjy30]. From the other side of Europe the Portuguese singer Dulce Pontes (main photo) has never been here, and would wow local audiences with her magnificent voice, highly theatrical show, and a repertoire stretching well beyond her fado background [http://www.youtube.com/watch?v=FkZ1pz0gNx8].

I could go on – Argentina’s Dino Saluzzi, India’s GS Sachdev and more – and we haven't even touched on the riches of the world's classical players. Please, Mr Bertels, is it too much to ask to have great creative music back at the centre of Sydney Festival, where it surely belongs?