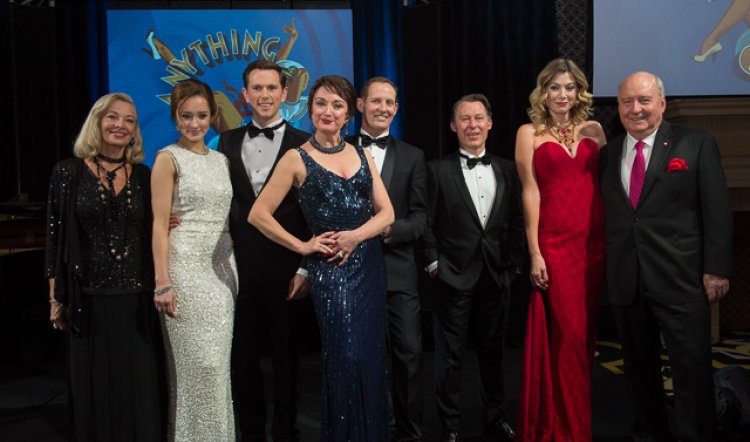 Never was a show more aptly named for its current circumstances than Opera Australia’s populist box office offering for 2015. It is only surprising that instead of casting Lisa McCune and Teddy Tahu Rhodes in the lead roles for this year’s The King and I, Frosty and Lyndy had not thought to feature Kyle and Jackie O instead.

Fact is, it is plainly obvious to anyone from Blind Freddy right on down to Aunt Flahoola’s Famous Sightless Monkeys that the latter duo of talkback tarts is at least as talented and able when it comes to performing in a major work of musical theatre as Alan Belford Jones. Because yes, dear reader, unless you’ve been comatose in your cocoa these past few days you must know he will be appearing in OA’s big ticket pop show next year.

For genuine musical theatre performers of un certain age the pain and insult doesn’t begin or end there. It has already been experienced when Jones was cast as US President Franklin D Roosevelt in the 2012 production of Annie. According to a Herald story of the time he was “handpicked” for the role by producer John Frost. One has to hope he washed his hands afterwards.

Now, of course, Frost is cosily in bed with Opera Australia through the current revival of the two decades old, visually splendid Brian Thomson-Roger Kirk version of The King and I. There is method vaguely detectable in the Terracini strategy as the venerability of the production at least leads the subscriber-sheep gently towards the 2015 season of aged, creaking and otherwise bloodlessly unexciting repertoire.

There was also some kind of irony - bitter rather than sweet - in the odious shock jock playing one of the great humanitarians of the first half of the 20th century. Was it some kind of sick joke or merely a nose-thumb at the most often Left leaning, small L liberal arts community? Who knows, but the memory still rankles of Jones being trundled around the stage in the presidential wheelchair while displaying all the charisma and acting skills of a sack of potatoes.

And rankles because here we go again: the multi-millionaire, vicious windbag being handed a role that should have gone to a real actor. That is, a man who would not only appreciate the pay packet but also do a real job. And for why has Jones scored the gig?

As was ably demonstrated in 2012, it definitely isn’t due to a sudden late blooming of stage talent, so it must be the idea of bums on seats - his alleged multitudinous fan base that keeps politicians asking “how high?” when he says “jump”. Thing is, though, it’s a carefully constructed and nurtured myth and one that just keeps on keeping on - because if you say something long and loud enough, it gets believed.

In The Monthly back in April 2006, David Salter did some simple homework and reported on the figures that “Jones’s 17.5% share certainly leads the breakfast ‘talk’ market in Sydney by a healthy margin.” But actually that percentage represented some 185,000 listeners out of a possible total of 3.75 million! And the latest numbers for 2014 show that, given most of his listeners are apoplectic fogies, quite a few of them have dropped off the twig since then as his numbers have dropped to 15.2% - which is excellent news for the funeral industry as it probably typifies a trend.

And how do we know the typical Jones listener is an apoplectic fogie (see above)? The figures again, from David Spicer’s article: “Around 70% of Jones’s listeners are aged over 40. A whopping 49% are over 55. In party political terms, that means just 7% of his average audience – around 12,750 people – fall within the accepted ‘swinging voter’ demographic of 18–39. Of these, no more than 10% are likely to change their vote from election to election. That’s a grand total of 1250 people spread over Sydney’s 25 federal electorates.” And for that politicians - both state and federal - grovel and simper and Jones himself gets to strut the stage (no wheelchair this time) in legitimate theatre. 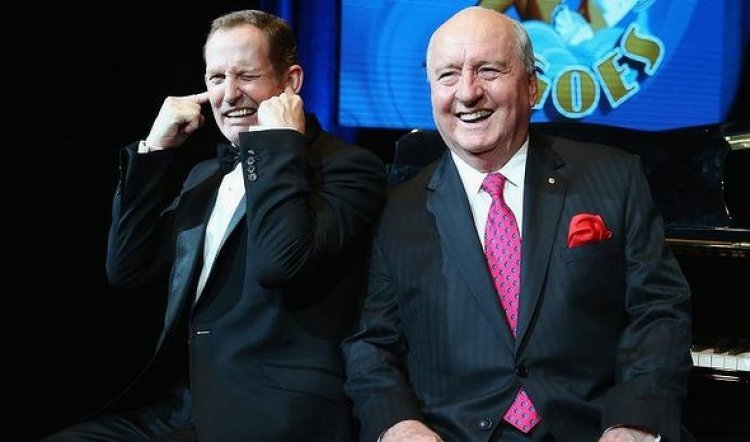 So where is Equity in all this? Why is it left to a few reckless and rankled souls to have the guts to talk publicly about it - on Facebook of course? Jones is not so much a paper tiger as a petulant pussy. His power is only that which is invested in him by those too lazy or too scared to call him on it. His “friends” and the company he keeps epitomise everything risible and shameful in Sydney’s public life.

(Public company that is - heaven forfend that we should stray into the privacy of his own  dressing gown.) So what will Opera Australia gain from his presence on the stage of the Sydney Opera House in 2015? Just how many among his average audience of ageing pensioners, uncultured bigots and rednecked no-hopers are likely to go online to subscribe?

And yes! Tickets to Anything Goes come with a catch: only available at the moment as part of a subscription package. Cunning, eh? The cheapest - for two bigots, any political persuasion - is $223 per package; but there’s another catch: they’re “restricted”. If you’re lucky it might mean you can’t see Alan Jones, but it’s just as likely that you’ll miss out on the full glory of Caroline O’Connor. If you want to be sure of savouring every minute and all the juice of her great talent, then Premium Stalls would be the way to go at just $1368 for two.

Of course, along with Anything Goes you’ll also have to sit through - or attempt to on-sell - nights at those old warhorses Tosca, Madama Butterfly, Turandot and The Marriage of Figaro. There must surely be a few among Alan’s 185,000 listeners who haven’t seen one of those - or indeed any - in the past twenty years. And individual tickets go on sale on September 22 - so you can take your chances, restricted or otherwise.

The 2015 program is another story - and an exceedingly and unforgivably dull one too. How this most heavily publicly-funded company is getting away with it is a mystery - unless one considers federal arts honcho George Brandis, his $12,000 bookshelves (loaded with some of the naffest books ever published) and recalls that not only are he and they too publicly funded but also he is of a mind to give OA even more money.

It would be funny if it were funny, but it is not.