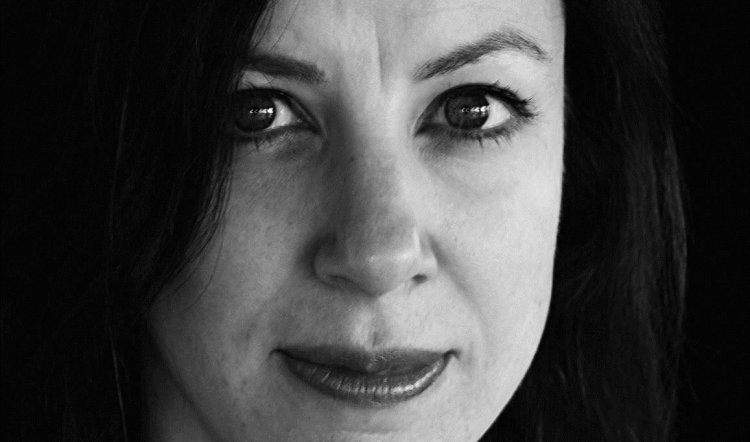 LUNATICS NOT TAKING OVER ASYLUM - OFFICIAL

Noon today, it’s announced that former Sydney Theatre Company producer Jo Dyer is the next boss of the Sydney Writers Festival. Her title is Executive Director (Gemma Birrell continues as Artistic Director) and Dyer’s background is such that it makes current arguments about artist V non-artist less than black and white and a lot more interesting.

Sydneysiders will be aware of the recent series of hissy fits provoked by Ralph Myers, outgoing artistic director of Belvoir, when he delivered the annual Philip Parsons Memorial Lecture at the theatre in Surry Hills. Among the many pertinent things he said (and the full text is available to read on stagenoise.com) there were, of course, a few that got up some illustrious noses…

The biggest irritant was his view that bean counters and suits have infiltrated too many boards and leadership roles of theatre companies - to ill effect. He specifically named director Barrie Kosky and conductor Simone Young as severe losses incurred by Australia as a result. Both are extravagantly talented and ambitiously visionary and those descriptions tend to generate fear and loathing in the naturally more cautious types who occupy so many arts company board rooms these days. But not in Europe, apparently, where both have thrived and done - and continue to do - brilliant things.

He also targeted current Sydney Festival director Lieven Bertels as an example of the career bean counters who are increasingly delivering cookie cutter programs - minus the ambition and originality festivals are supposed to deliver.

And it was then chucked back at Myers that as a stage designer, he isn’t an artist either, but a craftsman - so nyagh nyagh nyagh. Fun and games.

But the appointment of Jo Dyer to the helm of the world’s third biggest books and writers fiesta (their boast) is a pot stirrer in itself as her career to date blurs all the neat lines that some might like to see drawn between arties, crafties and others. For STC she oversaw its successful incursions into Europe and the US with Uncle Vanya and Gross und Klein; before that she was general manager of Bangarra Dance Theatre. She chairs Force Majeure (a company in the process of working out life after Kate Champion) and occupies steering positions at a range of arts companies across the state and country.

But can she read? Does she know one end of a book from another? Has she ever written one? Does it matter? The key to Dyer’s future challenge lies in the alarming statement from the Writers Festival Chair Deena Shiff: “The Sydney Writers’ Festival board believes that Jo, as an experienced theatre professional, will be able to continue the Festival’s growth and attract new audiences.”

Less alarming and more intriguing, Shiff also makes the observation that, “Sydney Writers’ Festival is about creating experiences that allow individuals to connect with authors and their writing. The board is literally giving Jo the task of bringing books to life.”

This sounds like Now For Something Completely Different - or Managespeak - only time will tell. But for some long-time Writers Festival customers, the organisation’s eternal quest for growth remains an uneasy rather than good thing. Shiff says, “The Sydney Writers’ Festival is Australia’s largest celebration of literature and ideas. Each year, it presents over 300 events and attracts attendances of around 80,000 in venues that stretch from the Festival hub at Walsh Bay to the Blue Mountains.”

The actuality of this is a revenue growth of more than 60% over the past five years - a figure any theatre company can only dream of. What’s also true is that more people read books and want to see and hear their authors than attend theatres. Profound problem - and not one with which either artistic directors or bean counters seem able to come to grips. A clue might lie in the diversification and geographic spread pursued by the Writers Festival - not just the Blue Mountains, but also way out west, far north and to venues well beyond the traditional middle-class ladies’ hang outs at Walsh Bay.

Writing in Crikey’s Daily Review on November 10, Opera Australia’s boss Lyndon Terracini told a startled readership in great detail what the company is really doing. Behind the smokescreen of some of the dullest season programs ever for Sydney and Melbourne (check out 2015’s and stay awake if you can) is hidden regional and outreach-style ventures that are exciting. They hark right back to Terracini’s days as founder of NORPA (Northern Rivers Performing Arts) when he had the radical idea that people normally served an entertainment diet of cover bands and unfunny comedians might actually enjoy being challenged by real artists. He was right and NORPA continues, 20+ years on.

Meanwhile, Terracini’s city-based branch of OA is producing work that this week (December 8) caused long-time music commentator Harriet Cunningham to explain, again in Crikey, “Why I’m not going to the opera next year”. The main reasons being: “eleven shows more limited in repertoire, more traditional in style and more narrow in their appeal than I have seen for years. Puccini, Verdi, Mozart. More Puccini. More Verdi. Oops, I forgot, Gounod and Cole Porter. Nothing German. Nothing Russian. Nothing American and, heaven forbid, nothing Australian.”

And before Mr T leaps to his own defence - there are piquant goings-on around the back-of-beyond initiatives mentioned above that also include commissions to Kate Miller-Heidke and Elena Kats-Chernin (too bad if you’re a composer without a double-barrelled name). Interest and bemusement, then, but results as odd and unsettling as anything happening in non-singing auditoria.

Most unsettling - and not remarked upon anywhere in mainstream/old media is the statement made by Lieven Bertels on the announcement of his post-Sydney job. On November 5, Sydney Festival’s media release told us that Bertels has been appointed Artistic director of Leeuwarden Fryslan 2018 - Cultural Capital of Europe.

Lest there be one or two among us not familiar with the place, the release helpfully included this hilarious paragraph:

“The city of Leeuwarden in the North of The Netherlands is the birthplace of Mata Hari and M.C. Escher, and is the capital of Friesland, an autonomous province which has its own language (Frisian). Today, Friesland is a region of innovation in diverse areas including the arts, design, tourism, agriculture, the gaming industry, creative IT and sustainable energy production.”

Now you know. But, since the clue above, you’ll be wondering what Lieven said about his new gig. This is it: “to lead a European Capital of Culture is a once-in-a-lifetime opportunity. I feel privileged to be offered this chance, and this timely invitation allows me to focus on our next two Sydney Festivals with the reassurance of my next project on the horizon.”

In other words, the Artistic Director will now feel able to do the job for which we are paying him instead of having one eye on the Help Wanted columns while updating his CV on Seek. Wow! Imagine how much of his attention Sydney could have expected if he hadn’t got the next job. Unintentionally revealing, don’t you think?

Where does that leave the arguments about artist V administrator? Somewhere in the middle of nowhere and perhaps all depending on the imagination, wit, ambition and other abilities of the individual.  This is a conversation that ain’t over yet.