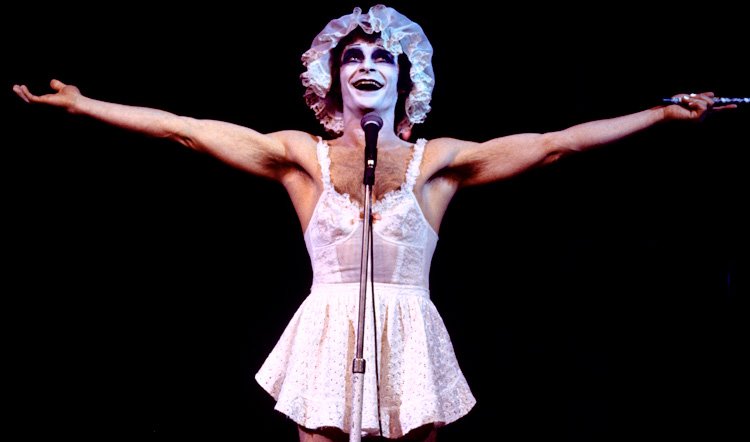 THE 2014 SYDNEY THEATRE AWARDS at the Paddington RSL, January 19 2015. Photo above: Lifetime Achievement Honoree REG LIVERMORE as Betty Blokkbuster (visit reglivermore.com if you are too young to have seen this seminal character).

The tenth (!) Sydney Theatre Awards went off at the Paddo RSL on Monday night (January 19) and it was a wonderful night of warmth and appreciation by all for all. As one of the founder members (with Ian Phipps and Bryce Hallett) of the group that got the awards going all those years ago, it’s become part of the evening that I take a look back over the year and mention the whatevers that we have liked or noted but which, for whatever reason, didn’t get up as either nominee or winner on the night.

In response to a number of requests from guests after the event, here is the full text of what I said…

“This is the ‘these we have loved but they didn’t get up’ section, but this year - the 10th - I want to have a quick look at the bigger picture. In surveying 2014 it occurred to me that “we don’t miss what we don’t see” - meaning, if it’s not there in the first place it can’t be missed. And what has been missing, historically, is women.

“Not quite three years ago the Australia Council released its Women in Theatre report. It was bad news but no surprise, the numbers were basically shocking, just like the Oscars really. A year later Marion Potts at Malthouse in Melbourne [soon to be taking over at the Australia Council as Director of Theatre] was writing…

“ ‘Despite the fact that women make up the majority of ticket buyers and the overwhelming majority of arts administrators, the report found the work of female directors and playwrights was rarely seen on Australian stages.’ Things shifted a bit in 2014 thanks mainly to Malthouse, we heard from names such as Adena Jacobs, Leticia Caceres and Anne Louise Sarks, who’ve joined others in Sydney such as Sarah Goodes and ahem - ‘veterans’ such as Lee Lewis.

“Meanwhile, Melbourne Theatre Company started its own women directors program and in 2014 Clare Watson, Naomi Edwards and Nadja Kostich were among the results. And there’s another batch of 10 due to be hatched in 2015.

“So what is happening in Sydney that compares with Melbourne? Not a lot, by comparison. The changing of the guard at Sydney companies has seen John Bell out, Peter Evans in; Ralph Myers out, Eamon Flack in; Leland Keane out, Phil Spencer in. Lee Lewis in and staying in. And all terrific directors and good guys, by the way, but you’ll notice the overwhelming bias…

“Which brings me to my next point. The Australian Writers Guild have surveyed Australia’s major theatre companies offerings for 2015 and found that of the 92 plays included across ten programs 58 are by Australian writers (63%). Of these, 42 are original Australian works whilst 16 are adaptations by Australian writers of something else. Of the 42 original works 37 are new and 5 are revivals.

“Of the 58 works by Australian playwrights including original and adapted works, 57% are by men and 43% by women. When adaptations are excluded the figure for original Australian work is 60% written by men and 40% by women.

“And speaking of life, we seem to say it a lot these days, but what a year it was for independent theatre and musical theatre in particular. The energy and creativity that radiates out of the New, the Hayes, the Eternity and companies such as Squabbalogic and Sport for Jove continues to astound us all.

“Still on the subject of life… WW1 anniversaries and continuing war around the globe gave us Daniel Keene’s wonderful ADF veterans story The Long Way Home and the other blockbuster uniform saga, Tom Wright’s Black Diggers. And that segues into thinking that when it comes to black theatre, we’re no nearer to a company similar to Bangarra in the dance world and Barangaroo gets taller every day with not a proscenium arch in sight.

“And finally, we will have a state election in a couple of months with both sides - government and opposition - said to be in cahoots to abolish the City of Sydney and install something like a minister for the city instead. This is deadly serious for the arts and artists because as Joanna Murray-Smith recently said of both side of politics: ‘Arts are at the bottom of the barrel. It drives me insane.’

“Instead of insanity though, we need to get cracking and not wait for the tsunami of indifference to roll over the cultural life of our city and state. It’s not too late for a new year’s resolution - to be back here in 2015 having done something about it. I do hope you’ll join with me in that resolve.”

(I thanked Damien Ryan, as was mandatory for most speakers on the night and here are the winners - heartfelt thanks to all.)

BEST DIRECTION OF A MAINSTAGE PRODUCTION

BEST DIRECTION OF AN INDEPENDENT PRODUCTION

BEST ACTRESS IN A LEADING ROLE IN A MAINSTAGE PRODUCTION

BEST ACTOR IN A LEADING ROLE IN A MAINSTAGE PRODUCTION

BEST ACTRESS IN A LEADING ROLE IN AN INDEPENDENT PRODUCTION

BEST ACTOR IN A LEADING ROLE IN AN INDEPENDENT PRODUCTION

BEST ACTRESS IN A SUPPORTING ROLE IN A MAINSTAGE PRODUCTION

BEST ACTOR IN A SUPPORTING ROLE IN A MAINSTAGE PRODUCTION

BEST ACTRESS IN A SUPPORTING ROLE IN AN INDEPENDENT PRODUCTION

BEST ACTOR IN A SUPPORTING ROLE IN AN INDEPENDENT PRODUCTION 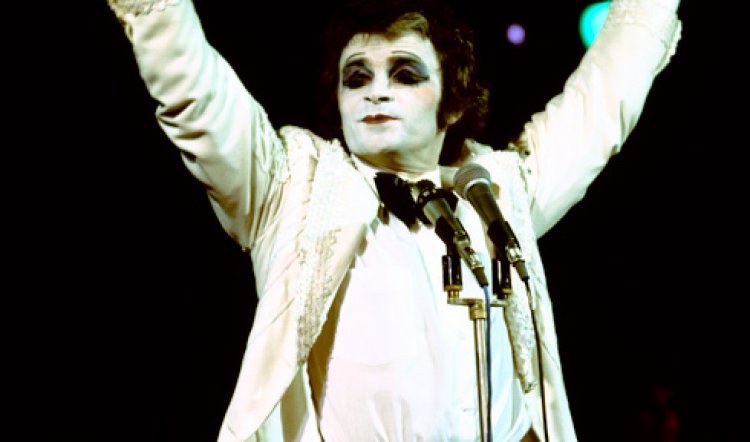 BEST SCORE OR SOUND DESIGN OF A MAINSTAGE PRODUCTION

Is This Thing On? (Belvoir)

Love and Death and an American Guitar (Toby Francis)

The Piper (My Darling Patricia presented by Sydney Festival and Carriageworks)