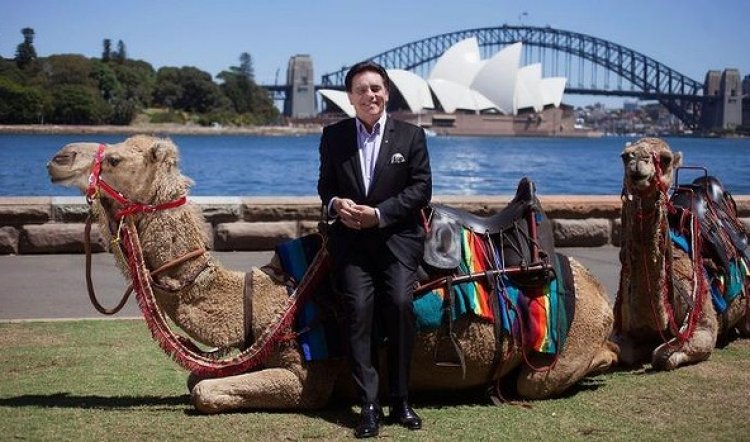 IN WHICH THE ARGUMENT that Opera Australia cannot program new work because nobody will come is countered with: what rubbish; not good enough.

Lyndon “Bulldog” Terracini, embattled artistic director of Opera Australia, must be wondering whether he’ll be substituted, be shown a red card or – as an ironclad contract is designed to guarantee – whether he’ll make it through to the final whistle (2018). Forgive the footie analogies but as a former player, he’d undoubtedly appreciate them.

Meanwhile, word filtering out of the the national company’s Elizabeth Street HQ suggests a furious and embarrassed board and top management, rebellious and angry artists and some nervousness around the financial situation. And then there are the camels. So far, and against the odds and natural inclination, they have maintained their equilibrium – if cameleer tittle-tattle is to be believed. That’s possibly because even though they have been publicly humiliated (late replacements for a too-costly elephant), their union had sufficient muscle to ensure they come as a team of three and not the cheaper solo beast sought by Bulldog.

Four-legged animals aside, the real problem for Opera Australia, according to the current artistic director (quoted in the Sydney Morning Herald on January 15) is its audience. Yes, really.

Speaking to the SMH’s Andrew Taylor (who had the temerity to ask why we’re seeing a clutch of old productions this summer and clearly doesn’t expect an invitation to attend any time soon) Terracini said, “Fundamentally, it's because of a lack of support from the public and a lack of support from sponsors to be involved in presenting new Australian operas.” And he was also quoted as saying, “When we do present a contemporary opera, it’s not supported by the public at the box office, so it’s always extremely difficult to do.”

This is an argument through whose holes one could – and should – drive a very big truck.

Why should contemporary work be so hard (allegedly) for Opera Australia when it’s not for, say, Victorian Opera? VO scored big time with Nixon in China in 2013 with rave reviews and sold-out performances. Limelight  magazine noted:”John Adams’ masterpiece is done full justice, proving itself the late 20th century’s great opera of ideas.”

And then there’s VO’s new Australian opera, The Riders.  Based on Tim Winton’s novel with libretto by Alison Croggon and music by Iain Grandage, the production was directed by Marion Potts and conducted by Richard Mills. And again, the reviews and audience response were ecstatic. According to The Age,  “it is an opera of rare dramatic power, utmost musicality and first-rate performances.” And it filled the 500-seat Merlyn Theatre for its world premiere run.

Busy librettist Alison Croggon was also responsible for Mayakovsky, yet another new Australian work (2014) that did find an audience in Sydney – but at Carriageworks and with Sydney Chamber Opera, whose creative team Louis Garrick and Jack Symonds say of their company, “a fresh and youthful answer to some of the difficult questions facing contemporary opera today.” And they did supply answers – and an enthusiastic (sold-out) audience – for the 90-minute work composed by Michael Smetanin.

In a recent AMPAG (Australian Major Performing Arts Group) newsletter Marion Potts, outgoing AD of Melbourne’s Malthouse Theatre and soon to be Director of Theatre at the Australia Council, said, “If it’s true that we’re becoming more risk averse in our society, then we need to make sure that we’re still taking creative risks – and taking a leadership role in that respect.”

Yes. It is the single biggest responsibility of Australia’s major performing arts companies (and none is more major than Opera Australia when it comes to sucking up taxpayers’ cash) to take artistic leadership and initiative.

Malthouse, Sydney Theatre Company, Melbourne Theatre Company, Griffin and Belvoir (not an exhaustive list, by the way) all shoulder that leadership role, one way or another, by assisting, co-producing, commissioning and/or mentoring small, independent companies and individuals in ventures from across the country. In that way younger/fringe-based artists and new/riskier productions get to see the light of day and find an audience at a do-able cost not only to themselves but also to the Mother Ship outfit too.

For our theatre companies, independent productions – bought or brought in – clearly signal to the Mother Ship’s core audience that something different is happening and they can either sample it and get excited or be miserable and stay away. And for Opera Australia it would also alert potential new audiences to something other than yet another dusting-off of a moth-eaten “classic”.

So, instead of simply complaining and pointing the bone, here’s the question: 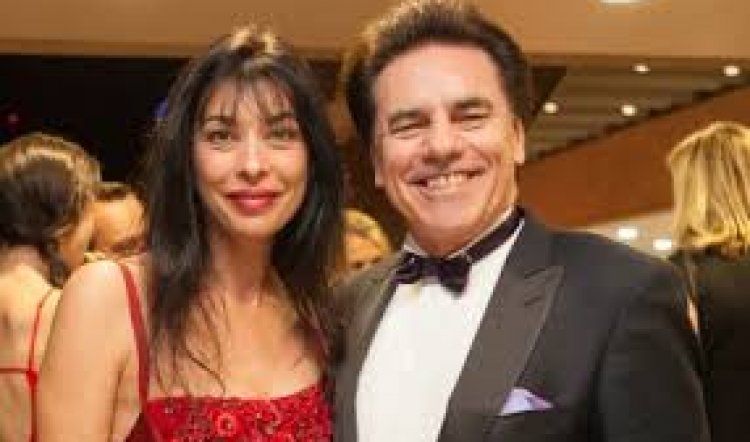 Why should this not work for OA? And why should we not demand it? A “studio” company where a mix of new Australian, international, experimental and contemporary work is created and produced, with singers and creative teams being paid a living wage rather than traditional operatic fees would seem to be the least risky way forward for an increasingly risk-averse management.

The singers would be up for it – many have already (privately) said so – and despite what Bulldog says about audiences demanding the highest possible production values, there are designers and musicians with sufficient imagination and ingenuity, and audiences starved of both, to find minimal staging and even a musical version of (gasp, shudder) “poor theatre” really appealing and exciting.

Marion Potts again – on risk and responsibility – “It has to be said that a lot of the works that independent artists are creating are high risk. That’s what artists do. They perform these triple somersaults with a degree of difficulty of 9.9 and I think it’s our job as majors to give them a safe platform from which to leap so that they can perform daring feats.”

Meanwhile, as has already been said here and elsewhere, Lyndon Terracini’s idea of his job as artistic boss seems to be Anything Goes  with Alan Jones. You would require only a teaspoon to plumb the depths of that degree of difficulty.

New Theatre’s most recent production, Sweeney Todd,  was delivered on a shoe string budget with its mostly brilliant singing-actors performing for love and bugger all else, but the show looked and sounded tremendous. And, after the inevitable slow start (a close-to-zero marketing budget will do that) the word-of-mouth became something akin to a raging bushfire with audiences queuing to get in, begging for tickets and standing for the close-to-three hour performances.

What’s particularly significant from the point of view of Opera Australia and a relationship with the real world is that the Sweeney Todd  company – actors rather than operatically trained singers – were soon in dire need of vocal assistance to cope with Mr Sondheim’s vocal demands That assistance was given – voluntarily – by the very expert and professional Vicki Watson. How much better if such ambitious undertakings were – at least possibly – co-productions with Elizabeth Street, or creatively assisted so all of its participants could be paid a living wage rather than donating their lifeblood to the city’s cultural capital?

Chambermade, Pinchgut and the aforementioned Sydney Chamber Opera (Pinchgut now has office space with OA so is probably feeling unreasonably grateful right now) have each proved, over the years, that rare repertoire, innovation and economic creativity pay off with audiences. For the “national” company – which could better be named the Melbourne and Sydney Opera Company for all its national forays are worth – a better basic understanding of the two cities’ very different phsychologies would help too.

Victorian Opera is staging Sweeney Todd  in July (2015) with Teddy Tahu Rhodes and Antoinette Halloran as Sweeney and Mrs Lovett. Meanwhile, OA’s own fabulous production remains in mothballs – and when was the last time you heard Sweeney/Peter Coleman-Wright in the Joan Sutherland Theatre? Don’t scratch your head, it was in Bliss  in 2010 and coincidentally OA’s last new Australian work. (From the novel by Peter Carey, composed by Brett Dean, libretto: Amanda Holden.)

It has been said over and over that staging a Bliss  or Sweeney Todd  (or Lindy  or Batavia  or Madeline Lee ) is box office suicide for OA. On the current thinking – yes, with huge production budgets and massive overheads – but what if a more flexible, innovative and economical studio model were to be put in place, alongside the traditional juggernaut shows, where new works could make their first appearances unsunk by huge budgets and box office/traditionalists' expectations? When was it set in stone that an opera must have a budget and visual spectacle bigger than Ben Hur ?

How pathetic is it that the only innovation or new idea to have come out of the company in five years is to dump a show onto a pontoon in the harbour, or onto a beach on the Gold Coast. Both are costly – despite the insane scrimping when it comes to the human assets involved – and both are really and truly just more of the same old same old.

At a time when old-style opera is in crisis all over the world, it’s time to figure out exactly what that means. Is it opera or the desperately old fashioned form in which it is trapped that’s the problem? One of the constant gripes to be heard from OA’s influential old guard audience is that new-fangled productions (the current John Bell-Tosca  for instance) are horridly modern (“modern” as in WW2, that is!). However, that argument is more than half the present problem as opera cannot be set in aspic – and never has been. If you want it the same as before, the question has to be “Which same? The same as when? Which decade? Which before? Which century?”

Meanwhile, despite Bulldog’s protestations, there is an audience for new work. There is an audience for old works that aren’t the ones that get dusted off every summer because the tourists won’t know any better. And there is definitely an audience for innovation and new ideas (and not necessarily via a primarily young audience either, although you'll catch it that way). But in order to reach these audiences there has to be creative thinking, artistic vision and the willingness and ability to go beyond the present tired old tropes. Meanwhile we are stuck with someone who has run out of real ideas.

Imagine Opera Australia under the artistic direction of – let’s say because they’re here, they’re Australian, they’re brilliant and they’ve proved over and over that they can do it – Lindy Hume or Gale Edwards. And much the same can be said of Simone Young who is finishing up at Hamburg in 2018. But of course [slaps forehead] can’t be going there: she was difficult. Although it’s not a description that gets used for men. And funnily enough it’s a word that’s also been used on Hume and Edwards too; it actually means they’re shit hot and demand the best of themselves and everyone else. Perchance to dream.