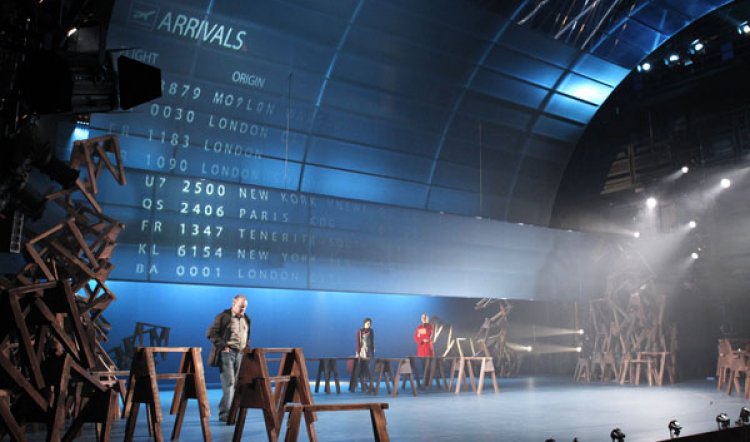 Photography above is from Victorian Opera’s production of a new Australian work, The Riders (Iain Grandage and Alison Croggon) and The Flying Dutchman – both of which sold out all performances and received 4 and 5 stars reviews.

This week Opera Australia published its annual report for 2014 and – in line with what has been muttered from within the company for some time now – has posted an operating loss of $2 million and a consolidated deficit of $918,059. In minorly good news, the loss is slightly better than 2013’s $2.4 million but nevertheless, it’s been left to new(ish) CEO Craig Hassall to front up and say the result is “an outcome we cannot sustain over time.”

As the country’s most (taxpayer) subsidised arts company (just under $25 million from federal and state governments for 2014) you’d have to agree with that observation. What might be up for argument however are the company’s ideas for tackling the problem, as so far expressed.

According to a report by Joel Meares in the Sydney Morning Herald, OA will address the deficit through what Hassall describes as “an ongoing search for cost savings that have no impact on the quality of Opera Australia's presentations.” Apparently this means IT, back-of-house functions and “work patterns” will be targeted for cuts.

In other words, the nuts and bolts folk who make the place tick will be targeted. But, as yet, no mention of taking a long hard look at the artistic decisions and artistic thinking that have led to the deficits, except by well known commentator Norman Lebrecht who wrote, on May 5, “…Lyndon Terracini’s position as artistic director will be under increased scrutiny.”

Be that as it may, the company cannot survive or prosper by economising on ordinary workers at the expense of artistic vision and inspiration. Most obvious evidence of that is Handa Opera on Sydney Harbour. Despite the spectacle and dedication of its cast and crew, you have to say the novelty has now worn off.

And it is just a novelty: no one in their right minds could look upon such a dodgy (weather-wise) enterprise as anything but a passing fancy of very limited artistic merit. It’s possibly interesting to discover that opera singers can and will perform when the temperature is 9C, but that’s because artists are inherently crazy and the camaraderie of getting through such an ordeal is what it’s all about.

Whether the audience will return next year to experience once again the thrill of a damp plastic poncho and cold hard seats is arguable. And it’s that element that makes HOSH a mere novelty – little chance of building a genuine returning audience. Proof? The box office take was down last year (2014) from the year before although more seats were sold. The obvious reason for that is last minute discounting of tickets to fill the seats with bums – any bums – and that definitely means disenchantment or indifference has already set in. And without return business it’s left to tourists to fill the bleachers and that’s the dodgiest audience of all.

In 2010, the then chair of OA, Ziggy Switkowski, blamed the downturn in incoming tourism numbers for the company’s deficit that year. That, and poor artistic decisions. However, in talking to The Australian’s Michaela Boland, it was clear that for him “poor” meant programming that didn’t appeal to tourists. (In this instance productions of Lady Macbeth of Mtsensk and Werther, both of which did badly at the box office.)

It’s as well that Switkowski has since moved on from the board as the kind of thinking that requires an opera company to program to appeal to visitors who just want to see the Sydney Opera House – rather than opera tourists – is disastrous thinking. 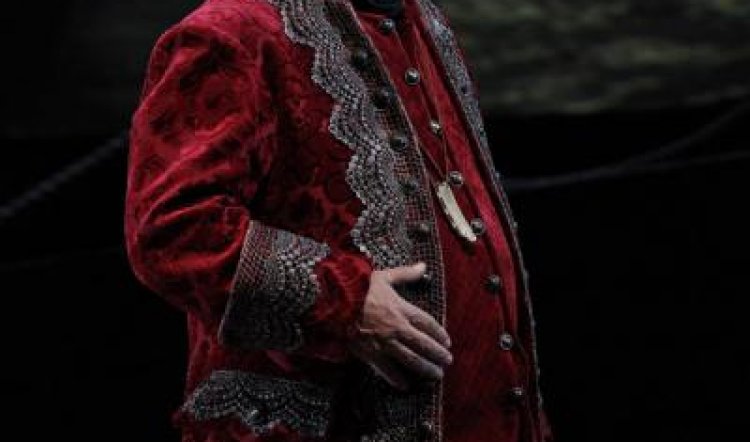 That’s what’s still missing from OA, however. Opera tourists don’t come to Sydney to see a 20-year-old production of Madama Butterfly. In fact, opera tourists don’t come to Sydney at all, but they could if temptations were put in their way. Think about the Townsville Chamber Music Festival, for instance. Remember the influx of international and interstate visitors for the Adelaide Ring Cycle – something that didn’t quite happen in the same way for the more recent Melbourne Ring.

Meanwhile, word is that the artistic director is ploughing ahead with his next Ring, despite the disquiet of the board and their insistence on the cancellation of contracts for overseas stars. Once again, will international opera tourists come to see local and largely unknown talent that may or may not be able to cope with the demands of the Wagnerian monster? And if not, who will fill the seats?

Other than The Ring and HOSH, what else is there on the artistic horizon for OA? More musicals. This year, there are two, Anything Goes and Jekyll and Hyde. But as Craig Hassall says, “It’s still a risky business. There’s no guarantee a musical will come home.” True – let’s not forget that A Little Night Music didn’t bring in the expected bucks for the company despite the presence of Sigrid Thornton.

Staff costs account for something like 60% of Opera Australia’s expenditure and that’s not because the company is populated by greedy little pigs, but because, like any performing art, it is about the people. Getting rid of the people who make the shows will not work. OA management only has to look at the disaster that is the Sydney Morning Herald to understand that: get rid of your people while management fiddles and the enterprise will founder.

Craig Hassall told the SMH’s Joel Meares, “We have to be as efficient as possible, to make the theatre work harder for us and make our yield better as well.”  This is part motherhood statement and part management-speak. “Efficiency” and “yield” are meaningless if the artistic vision is lacking. And Opera Australia is currently without artistic vision. An opera on a beach in Queensland or on a barge on Sydney harbour is not visionary. It’s a gimmick. And it is not a way of bringing in new audiences (the most chanted mantra).

The “new audience” for a stunt will come once, but will they return? Figures already suggest the answer is: no. Will popera turn those chance visitors into opera fans? No. Is there a future for opera? Yes, but not in the way it’s currently being delivered and devised.

Building and sustaining an audience is hard. It requires long term planning and a far greater creative imagination than is currently in the building. It’s way past time for new talent, new repertoire, new creativity and new thinking and new courage to make this company Opera Australia. Something’s gotta give – and it shouldn’t be the singers, the musicians, the techs or the set builders. That really only leaves one alternative.