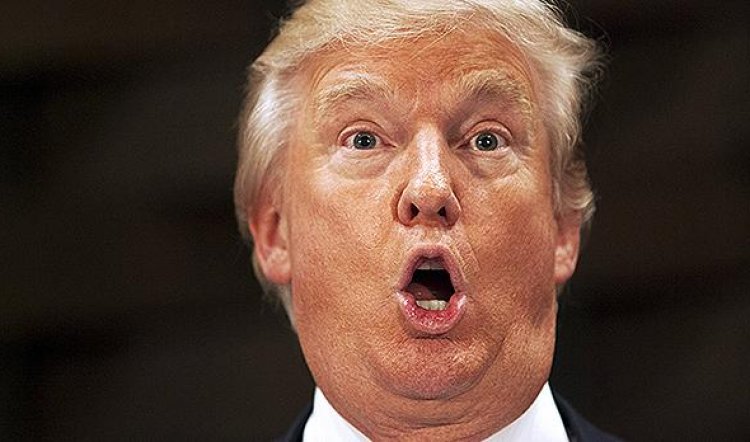 The long awaited Nugent Review into the future of opera in Australia is now out and being closely examined for portents. So, what is to be found in its 140 pages? A lot of interesting and hitherto hard to come by data for one, and some classic motherhood statements for another. How about this for instance, titled “Support Flexible Evolution”

“Australia should nurture the ability of Major Opera Companies to flexibly evolve the art form in response to changing consumer behaviour, demographics and technology, as well as a more competitive environment.”

Yet for those of us who might be just as concerned, if not more so, about the future of theatre in this country, it could be that like me you’re wondering why and how opera continues to command such a huge and disproportionate slice of the public funding cake and political attention; and another report after its highlighting in the first Nugent Review of 1999 into the country’s major performing arts companies.

This question is asked when theatre in Australia employs many more artists and creatives, makes considerable effort to generate new Australian work, and is attended by far larger audiences. This is not to disregard the plight of our opera singers, in particular, who find themselves increasingly being done out of jobs by international imports, but theatre is also in serious need of attention by the cultural poobahs whose paws are on the public purse strings. And equally deserving.

Paragraph 4.1 is particularly poignant if you substitute the word “theatre” for “opera” throughout...

“Australia should have Major Opera Companies that are integral to an artistically vibrant and evolving opera art form that enriches society and enhances Australia’s image as an innovative and sophisticated nation.

“This is because the Major Opera Companies:

“ * Enrich Australia’s cultural life artistically through the breadth and scale of their activism, and the important role they play in developing and sustaining Australian talent at all stages of an artist’s career;

“ * Enhance perspectives of Australia abroad and among visitors to Australia as a sophisticated and innovative country; and

It could be argued that Australian theatre does all the above in spades and yet, the very existence of the new Nugent Review, this time specifically focused on opera, speaks deafeningly of the significance given the art form by politicians; mainly for reasons of ignorance, snobbery and the unconscious elitism the very word engenders.

And it is politics, stupid. The uncertainty and mess so many creative workers find themselves in at the moment can be sheeted home to former federal Arts Minister, Senator George Brandis. Or, as indelibly anointed by the Wharf Revue team in their transfer of Canberra to Ancient Rome: “Pompous Brandis”.

He was succeeded in the job by Mitch Fifield – “Fatuous Fifield” in the original Latin – but Brandis’s malign influence lingers. And his vacuous but damaging attitude to the arts (to which the prefix “high” must be added) can be heard in the words of his colleague, Foreign Minister Julie Bishop. She accompanied him at the 2014 announcement of the Annihilation of Small to Medium Arts Companies via the Attack on the Australia Council and Birth of the Brandis Pork Barrel. It was reported in The Monthly:

“ ‘My very dear friend … Senator George Brandis and I recently attended an opening night of the Australian Ballet in Melbourne,’ Bishop trilled. ‘It was a fabulously glamorous affair. George and I had so much fun that we decided we needed to do this double act more often’.”

“Fabulously glamorous”... it says everything and none of it good.

This isn’t about theatre, however, so what is it about? Dr Helen Nugent together with her fellow Reviewers (former OA artistic director Moffatt Oxenbould AM, impresario Andrew McKinnon and RBA board member and Chair of the Melbourne Recital Centre, Kathryn Fagg) took a hard and long look at opera and the many, many submissions to their call for participation from the public. It makes interesting reading.

For a start, the Review recognises the problem opera’s existence creates for other performing arts companies in its “Recommendation 5.3” –

“The current approach to the distribution of funding between the Federal Government and the relevant State Government should be maintained, recognising that it lacks internal cohesion and an articulated rationale; and within the near to medium term is likely to require a more comprehensive review.”

They make this recommendation because:

“Changes cannot be made to the Major Opera Companies in isolation without there being flow on implications for the rest of the major performing arts companies;

“The Review has no mandate to examine the other major performing arts companies;

“The system will need to be closely monitored because the rationale for how it currently operates is no longer transparent; and

“Clear tensions are building up among states as to what are perceived as inequities in the funding distribution given the removal of the initial categorisation for each company that provided the underpinning rationale for the distribution of funding.”

Meanwhile, the “Major Opera Companies” are the raison d’être – as in Opera Australia, the West Australian Opera (WAO), State Opera of South Australia (SOSA), Opera Queensland and, grudgingly, Victorian Opera (the better-late-than-never 2005 reboot after the ailing Victoria State Opera was swallowed by OA in 1995).

And within that focus, there are some specific observations that have been glossed over in the media responses by the Review’s subjects. For instance, Recommendation 5.10 is one which should gladden the hearts of those who are sick to death of year after year of dusty old chestnuts. If you crave something new, artistically and financially risky or not the cup of tea of the typical (and vocally complaining subscriber) it says:

“Core funding, on a benchmarked basis, should be provided to support selected non-commercial activities. In contrast, core funding should not be provided for activities where there are viable commercial competitors.”

In other words, core funding would be available for, say, The Ring, but not for My Fair Lady. However, Recommendation 5.10 would assist Victorian Opera with its policy of new, financially risky and innovative programming, and also Opera Queensland with its massive commitment to community and outback touring. SOSA would be rewarded for a costly initiative such as 2015’s ambitious Australian full length opera, Cloudstreet.

Recommendation 6.18 is also a goody and one that Pompous and Fatuous won’t like. It calls for “appropriate” levels of funding for regional touring to be considered as “part of the activity based funding” because, inter alia, “the cost of regional touring is significant relative to the box office revenue that can be generated; and ...

“Engagement with the arts, including the Major Opera Companies, has significant benefits for regional communities, including for children and is consistent with Australia’s desire to create a more innovative and productive nation.”

Wendy Blacklock and Performing Lines and Christine Dunstan could have told them that long ago, but never mind.

Nugent acknowledges the hardship caused to companies by the GFC (global financial crisis for the memory-impaired) in the declining audiences of that period. However, the Review isn’t convinced – just the opposite in fact – that the common response of reducing the number of main-stage productions was the right one.

“It has in fact created its own significant adverse consequences, which have further magnified the challenges facing the companies. The Review even offers a possible and positive solution: “This trend can, however, be reversed, as is recently the case with Los Angeles Opera’s 2015 season. Through diverse opera repertoire and the use of star artists, it generated an increase in ticket sales and box office of 20% and 28% respectively over the prior period.”

The Review concludes: “Increasing the number of of productions and performances lies at the core of reversing this adverse trend.” A more diverse repertoire would surely be appealing, at least to the section of the audience that doesn’t have the mentality of one foot in the grave and the other on a banana skin, but...

There’s already been an eyebrow-raising increase in imported singers and directors to Opera Australia. And because these “stars” have to be brought half way around the world rather than – in the case of the LA Opera – from elsewhere in the US or Europe, it’s extra costly and tricky to catch them. And, of course, it means crucially fewer opportunities for Australian artists.

The piquantly titled “Exhibit 7.7” in the Review highlights just how bad it is. A graph illustrates the difference in numbers of “performances in leading roles” between 2010 and 2016 at Opera Australia. In 2010: 778 Aussies to 60 imports; by 2016 the figures are 383 Australians to 251 imports. A decrease for home-grown/home-based artists of 24% fewer opportunities to perform.

It should be said that the LA Opera’s 2015 season consisted of these venerables – The Barber of Seville, The Marriage of Figaro and Schicchi/Pagliacci and Norma – leavened however by a good handful of the new, the strange and the unknowns. So is it a viable solution? Probably not.

Nevertheless, the Review ever so politely points a disapproving finger at the “national” company, Opera Australia, while Opera Queensland gets a warning shot across the bows with three years to buck up its ideas on financing. But it seems to be more of a token slap, the real target has to be OA. Not that you’d guess from the media release paragraph attributed to artistic director Lyndon Terracini who chirrups,

“I welcome the recommendations...The strong suggestion that OA present more works and greater diversity of repertoire across the year is enthusiastically welcomed by me, particularly as this will mean more opportunities for Australian artists. I am particularly pleased about the focus on innovation and new technology, as this is an area that I have been keen to advance with OA. It also chimes with my views on what constitutes a 21st century opera company. I also applaud the concentration on sector development which I hope will lead to greater engagement with young emerging singers starting out in their careers in opera.”

This is the kind of statement one might expect on Groundhog Day.

That aside, Craig Hassall, OA’s CEO also opened his mouth and similar fairy floss came out. But as he’s decided to take his under-utilised skills to the Royal Albert Hall in six months, it doesn't really matter.

In the end, Minister Fatuous Fifield holds the key to the Review in the hot air emitted by his office in which he “...welcomed the most comprehensive review of opera undertaken in Australia ... it highlights the significant role that the major opera companies play in Australia’s cultural life and the complex challenges these companies face”.

This all – around 120 recommendations – feels like a bad case of deja vu on account of most of it having been said (by me) a couple of years ago. Basically, you don’t have an inquiry or a commission or a review unless you already know the outcome. The government’s real attitude is flagged in the Fifield observation, that they “...would give careful consideration to the recommendations before providing a response”.