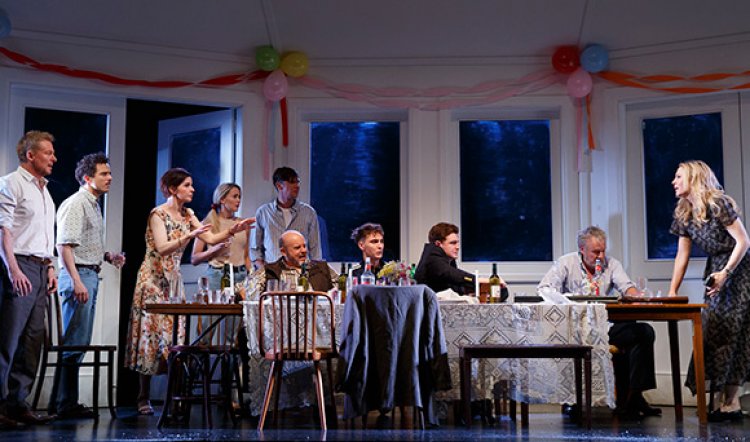 THE PRESENT - ON BROADWAY

Sometimes social media sucks. Meanwhile, pictured above: the company of The Present as seen in Sydney. Below: Melissa McCarthy; below again: a sad old curmudgeon in better days (full details of this image at the foot of the story – .

In the next four years it seems likely we’ll be hearing a lot of people saying, “Uh-oh, I made a bad call.” Or, “oops, that was poor judgement.” And even, “I was wrong, I’m so sorry.”

I’m going to get in early and say it right now, “Uh-oh, I made a bad call. That was poor judgement. I was wrong and I’m so sorry.”

What was the rotten call, the lousy judgement? Why was I wrong and why am I sorry? Well, although it hurts to admit it and hurts even more to acknowledge such a cracking error – and is even more painful to say so publicly – I can’t think of any other way to make myself feel less bad than to write this. (Not feel better, btw, because I won’t ever be able to un-say and un-do, but at least it will make me think a bit better in future.)

What did I do that’s made me feel so small and so crappy? Simple: I momentarily lost perspective and critical analysis – and kindness, for that matter – and joined in the unseemly display of Tall Poppy-slashing aimed at the Sydney Theatre Company expedition to Broadway with The Present.

And it came about through the very thing which has made it certain that perspective and critical analysis via the media will soon be further lost to us: click bait in that very same forum, the so called social media.

Out of all the great to middling to sniffy reviews STC’s The Present company has received on its US debut in the Ethel Barrymore Theatre in NYC, the one that’s been quoted and crowed over and sniggered at on social media (where else of course, I’m embarrassed to say) is that of the ancient, bile-dripping, ugly face of theatre criticism, the professionally and energetically notorious Rex Reed.

Although Reed’s been around since Hedda Hopper was a girl, these days he’s published on the NY site Observer which has nothing to do with the venerable London newspaper and describes itself thus:

“...Observer offers a sophisticated readership of metropolitan professionals an original take on the latest in news, culture, politics and luxury, bringing its irreverent sensibility to a national audience.”

Yes, well, take that with a tablespoon of salt because its publisher is none other than young Jared Kushner who is Ivanka’s husband and describes himself  these days as, “...an American real estate investor and developer, publisher, and senior advisor to President-elect Donald Trump.”

And gosh, isn’t he a chip off the old pee-drenched block.

As already said, out of all the reviews of The Present on Broadway, the one  that’s been the bait predictably clicked on by so many of us is the crazily vitriolic and therefore somewhat amusing and entertaining one by the NY Observer’s prize pig of whom they gleefully write that he is “controversial”, “provocative” and so on and predictably on.

This is the man who’s been described as “the worst film critic ever” (he’s well known to get the plot wrong and reviews movies he hasn’t seen beyond the first reel), and who has been castigated for casual racism and fat-shaming (Melissa McCarthy who responded with characteristic brio see pic here). So of course he’s going to make a caustic meal of Cate & Co, his reputation and clicks depend on it. And without thinking, I went along with it. Shame on me.

The thing is, The Present isn’t just about the Blessed Cate, luminous though she habitually is. It’s actually a massive calling card for STC, Australian theatre and creativity in general and – no accident – the company of actors now enjoying winter and unprecedented acclaim in New York.

If we’re going to click on something how about this from the Huffington Post: “The excellence of the entire acting company of thirteen makes it abundantly clear why the US producers went to the expense of importing them from Australia... A grand present for those in search of theatrical lightning.” 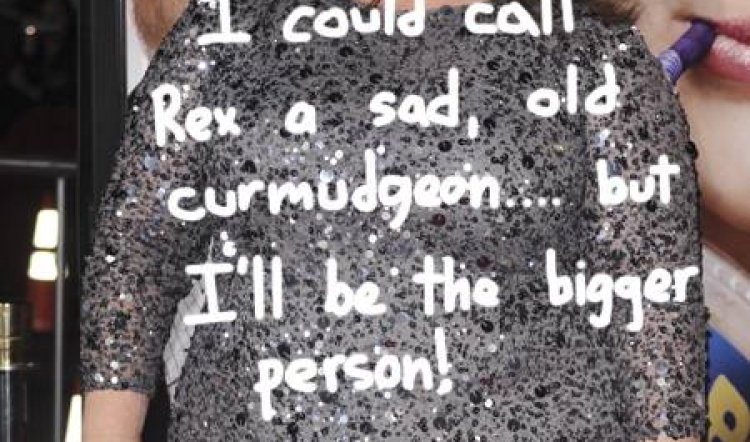 That’s the thing about this production: “the entire acting company of 13”.

When Andrew Bovell’s most recent (terrific) play Things I Know to Be True toured the UK via co-producers Frantic Assembly, it was with a British cast. When Priscilla trundled off to London and Broadway, the glorious Tony Sheldon was the only Australian original on board. When John Frost’s The King and I went to Broadway, the surviving Australian component was Brian Thomson’s unforgettable production design. Get the drift?

Not only is Cate Blanchett on Broadway but also – in A-Z order – Anna Bamford, Andrew Buchanan, David Downer, Eamon Farren, Martin Jacobs, Jacqueline McKenzie, Brandon McClelland, Marshall Napier, Susan Prior, Richard Roxburgh, Chris Ryan, Toby Schmitz and also, the creative work of Nick Schlieper, Stefan Gregory and Alice Babidge. All of them getting the chance of a lifetime because, of course, there’s not a dud among them.

There are other reviews too – try these samples from sources not trying desperately for notoriety:

“The spirit of Chekhovian farce shines bright, and the ensemble work of this Aussie company is just grand... Is it too soon to ask them back?” (Variety)

The Telegraph describes the production as, “clever, compelling and rich in character,” while Entertainment Weekly said of STC that it’s “always innovative” and The Guardian said “when this production works best...It feels entirely of the moment and urgently, ripely alive.” Damn, no juicy, nasty click bait there.

The Hollywood Reporter: “Upton, Crowley and this accomplished company have elevated a problematic play (Platonov, natch) into something unexpectedly satisfying”, and later, “The play is written and performed in a relaxed Australian vernacular that adds immeasurably to its ease and immediacy...”

And from The Wrap: “Such esteemed playwrights as Michael Frayn and David Hare have taken cracks at bringing Platonov to the stage, but it is Upton’s The Present that is the most likely to endure.”

Theater Mania reckoned, “Through a fresh set of circumstances, Upton captures the spirit of Chekhov’s dark humor much better than a more traditional production of Platonov ever could.” (And after a recent Sydney production of that play, I’d have to agree.)

And finally – but not all, there are many more – “John Crowley’s carefully calibrated production takes its time – it runs to a hefty three hours – but rewards the attention.” That’s from London’s respected The Stage.

So...let’s be bold and daring, let’s celebrate a massive and risky adventure by STC and recognise the achievement of all the actors and the creative talent behind them. Tall Poppy slashing is so 20th century and it’s a hobby I never meant to get into. I’m sorry I did, even if only for five minutes.

If you’d like to read real reviews, judiciously and sanely written without recourse to sensation or nastiness, you can have a look at these. Not all raves, not all liked it, but they’re opinions that don’t leave a nasty taste in the mouth. And poppies remain tall which is how they should best be enjoyed.

DETAILS OF THE PHOTO of Rex Reed on HistoryForSale website, marked down from $350 to $297 and listed: "in a dark jacket and turtleneck sweater, signed 'with every good wish'. 10x8 overall, 9 ¼ x 7 ¼ image, one surface. Reed, born in Fort Worth, Texas in 1938...for decades has written entertainment columns for the New York Observer. In 1970, he made his movie debut playing Myron in Myra Breckinridge, the young man whose post-sex change operation persona was played by Raquel Welch...
"Lightly creased, otherwise in fine condition".