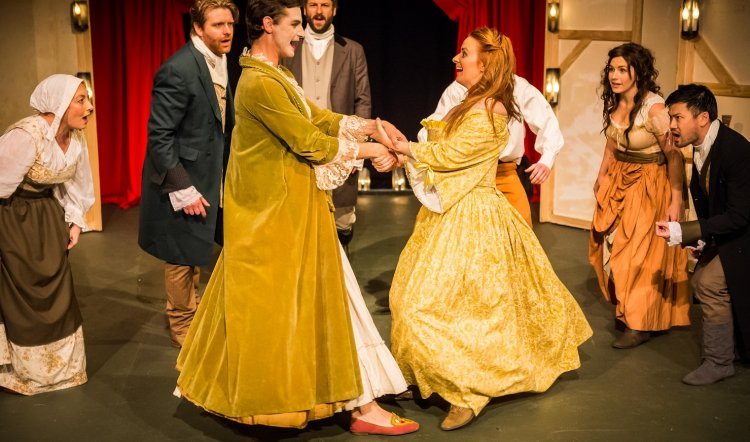 So this is Christmas, and what have we done? Another year older and we’ve only just begun – thanks John Lennon.. In so many ways this is true of theatre – the living, breathing miracle – in any year. It’s always just beginning, we never know what might happen or come next. It’s what makes it addictive: the constant promise of something different, whether it’s a new show or a performance in a long run: never the same, ever-changing.

The Sydney Theatre Awards, (STAs) now in their 14th year (and of which I’m one of the proud founding parents) will be announced in January at a galah knees-up at the Seymour Centre. We’ve made our choices, the short-listed nominees are known. But for each of us, being as we’re a diverse mob, there are things and people who thrill us and move us in different ways. These are my memories – good and bad – of 2018...

Stagenoise is now 11, which is astonishing to me: at last count there are approximately 1600 pieces in the archive. Just as well as my memory is like a sieve, only more porous. It’s why, I think, what sticks in my mind are shimmering indelible moments that punch me in the heart and stay forever. For instance: A Cheery Soul.

What occurred to me in the first few minutes of the STC’s new production was how much I love Patrick White’s way with language and characters. Later, I thought about the last production I saw and how Robyn Nevin’s playing of the title role in 2000 remains bright in my memory. And that in future I’ll probably remember Anita Hegh in this year's in the same way.

Anita Hegh has an extraordinary ability to reveal her inner thoughts and feelings in her face, even when she appears to be doing nothing. She has two STAs – for The Wild Duck and The City and she’s rarely less than outstanding.

Being subtle and outstanding is also what Tara Morice is brilliant at. Alongside Hegh she did it for the STC in A Cheery Soul and The Harp In The South 1 and 2. In both these productions, in different ways, her ability to find the dignity in a losing life hand is a knife in the heart. Also, for Griffin in Good Cook, Friendly, Clean, Morice shone as a member of a growing yet invisible demographic: single, older women made homeless by the 21st century, but who are nevertheless irritating. As well as pain, she does comedy with equal skill and verve.

Matilda Ridgway is another actor whose skill and verve are similar to those of Hegh and Morice. Ridgway was a luminous presence in The Norman Conquests (Ensemble Theatre) and, although the rest of the company was fine, it’s her tiny moments I’ll remember. Heather Mitchell also had a dazzling year with Still Point Turning (STC) in which she portrayed Catherine McGregor and somehow managed to look as tall, as well as the Irish-Oz matriarch of The Harp.

Skill and verve and Kate Mulvany go hand in hand. In recent times there has not been a year when she hasn’t done something amazing. (Richard III for Bell in 2017– who will ever forget?). This year it’s the major-major adaptation for STC of Ruth Park’s The Harp In The South – in two parts, seen over the course of a day or two nights and a great achievement for the company and the playwright. 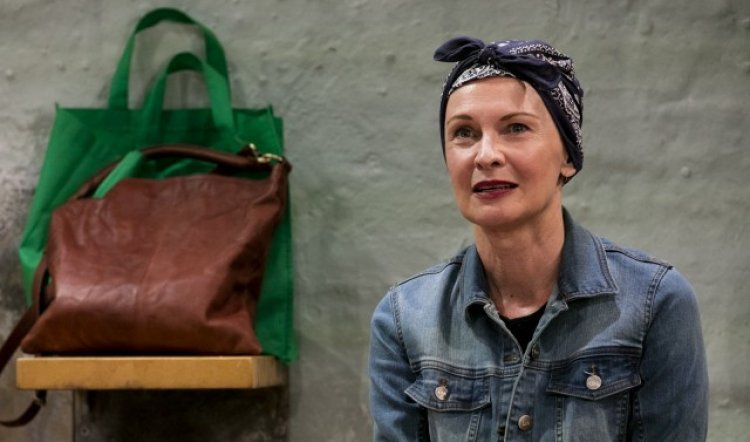 Hell of a year for STC’s Kip Williams of course. Either The Resistible Rise of Arturo Ui or The Harp would put most flat on their backs in a darkened room, yet he was responsible for both as well as the company itself – and other excellent shows (see the STA nominations story on this website).  Is he growing into one of the great directors and artistic directors before our very eyes? Yes, I believe he is and I will not mention The Scottish Play ever again.

Speaking of bad things, something I was not permitted to review because I saw a preview and then left town before the opening night was The Book of Mormon. Nevertheless, I’m mentioning it now because what I felt about it has nothing to do with (excellent) performances and everything to do with how breathtakingly racist and out of date I found it. Watching caricature-stereotype African savages being saved and sung to by a bunch of nice white boys may have been intended as satirical, but I can’t help thinking its subconscious message (since 2011) has been part of the rise of Trumpism. I despised it.

Yet it wasn’t just the Big Shows that stuck in my 2018 mind: how about Zahra Newman in Random (Belvoir Downstairs 25A) in a role and performance that she brilliantly made her own. And it’s been a breakout year for Bishanyia Vincent – running away with Nell Gwynn (New Theatre) and shining in Evie May (Hayes Theatre Co).

Director Dino Dimitriadis built on his success with 2017’s Guilt: A Parable and went levels higher with a breathtaking Metamorphoses (Apocalypse/Red Line). He finished the year in style with All My Sleep and Waking (Apocalypse/Old 505) with a glorious company of four and Mary Rachel Brown’s first and refurbished play.

Alana Valentine hit the target again with The Sugar House (Belvoir) a family saga of old Pyrmont for which director Sarah Goodes was blessed with a great cast and creative team.

Azza (Adelaide Festival/ShiberHur Theatre Company) was another small revelation in that great Festival. I had no idea there was theatre from Gaza and that Amir Nizar Zuabi is the writer-director behind the company and a beautiful show about grief and remembering.

Why mention Adelaide? Because it reminded me of Sydney Festival and one of my year’s lowlights: Aquasonic at Carriageworks, of which I wrote, “A violin played poorly is agony at the best of times, being underwater doesn’t improve it.” The other mega-lowlight was Judy Davis’s misbegotten Dance of Death, but let’s move on. 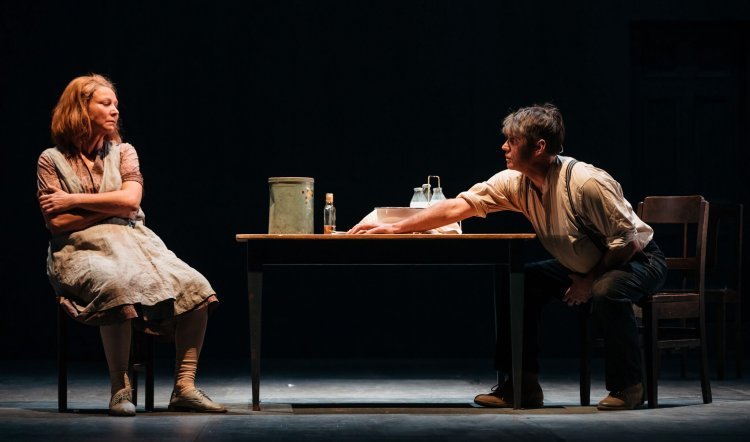 Kendall Feaver is an Australian playwright who’s not so much emerging as bursting into the Sydney firmament with The Almighty Sometimes (Griffin), which gave Brenna Harding another opportunity to shine (after The Wolves). Yet another fine new Australian play – in a particularly good year for the genre – is Steve Rodgers’ King of Pigs (Red Line) which also brought Blazey Best to the fore as an accomplished first-time director.

From the sublime to the sublimely ridiculous, Genevieve Hegney and Catherine Moore wrote and performed Unqualified (Ensemble) in a slot-defying comedy-of-life two-hander, directed by Janine Watson that resonates still. Also sticking is the set – newspaper job ads – (Simon Greer) that was enhanced – as have been many shows this year – by Alexander Berlage’s lighting.

Berlage was also responsible for the lighting of Stalking the Bogeyman (Red Line) Neil Gooding’s excellent production of the true-story-journalist’s account of youthful sexual assault and ordinary life. Sound design and composition from Benjamin Freeman also featured large in its success.

Sound design and composition for theatre are invisible but powerful elements: Nate Edmondson enhances any show he works on, The Sweats likewise. And Clemence Williams’ composition for A Cheery Soul is something I’d like on a playlist.

I’d also like a DVD of Josephine Wants To Dance (Monkeybaa) for rainy and glum days so I can delight in Chloe Dallimore’s many critters as well as the glorious set and costumes (James Browne), Emma Lockhart-Wilson’s lighting and Phil Scott’s music and lyrics.

This could go on, but I’m going to stop. Thanks to every single theatre person in Sydney, I love youse all. Merry Christmas and a peaceful and love-filled 2019.