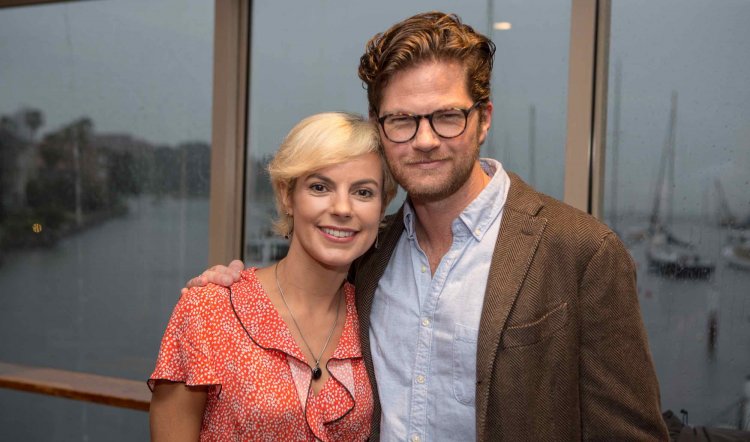 And in much needed good news, it was announced last night (9 November 2016) that the two winners of the second annual Sandra Bates Directors Awards are Francesca Savige and Shaun Rennie. (Main photo above by Claire Hawley.)

The award, instituted upon Sandra’s retirement from the Ensemble Theatre last year after a 30-year career, is a welcome and visionary addition to theatre-making in Sydney. The winners of the inaugural award were Priscilla Jackman and Janine Watson and they have written heartfelt and illuminating statements (to be found below).

Independently, Jackman’s The Angelica Complex is now on at Kings Cross Theatre in the Invisible Circus season of new works by women; and Watson will direct Crimes of the Heart at the Old Fitz early in 2017.

Savige and Rennie will undertake a similar program at the Ensemble under the tutelage of artistic director Mark Kilmurry, as assistant directors on two main stage productions. They each receive an $8000 grant in recognition of their work (no unpaid “interns” here), as well as being solely responsible for a rehearsed play reading at the theatre.

Both actors are well known stage performers in their own right. Shaun Rennie made his musical theatre directing debut with Rent at the Hayes Theatre last year, and has also directed critically acclaimed productions of You’re A Good Man, Charlie Brown and I Am My Own Wife. He is looking forward to broadening his experience and getting his teeth into “straight” theatre.

Francesca Savige was most recently seen in Sydney at the Old Fitz in Inner Voices and in Kayak and has also appeared numerous times (and directed) for Sport for Jove. She has also directed for the paying-your-dues Bell Shakespeare’s Actors at Work program and QUT.

Of the award Rennie said: “I am honoured and thrilled to be a recipient of the ... Award for 2017. As a fledgling director, the opportunity to develop both skills and networks with the support of a major theatre company is exciting and invaluable. I am incredibly grateful to Mark Kilmurry, the entire team at the Ensemble and of course Sandra Bates for this amazing opportunity and can’t wait to get stuck into it!”

And Savige said: “I was touring a children’s theatre show in Broome when I found out that I was to receive ... the Award. Looking out over the brilliant ocean I didn’t think the day could improve, so I was quite overwhelmed with joy when I got the call! I am absolutely thrilled to be given this amazing opportunity to work and learn with the Ensemble Theatre.

“The Award couldn’t come at a more perfect time for me – I’ve been on the brink of finding the confidence to tackle the projects I want to do, for far too long. I know that working with Mark and the Ensemble family will be invaluable in developing the tools, courage, and leadership skills I need to take my directing aspirations to the next level. 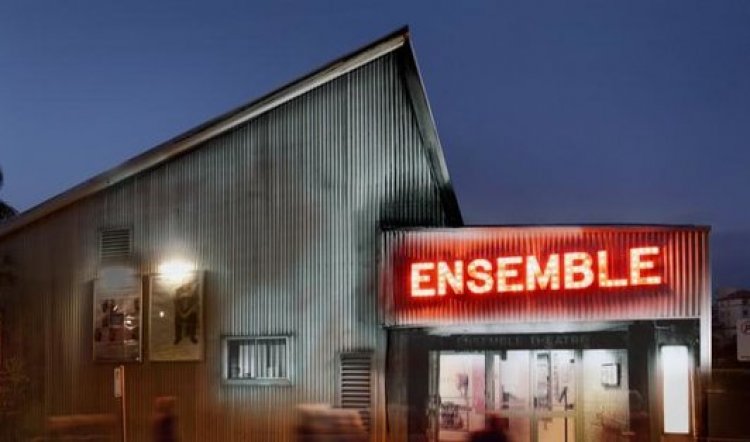 “It is an honour to receive an award in Sandra Bates’ name, and I am profoundly grateful to the Ensemble, and to the Seaborn, Broughton and Walford Foundation.”

Meanwhile, Priscilla Jackman’s “report and reflection” on her time as a Sandra Bates award-winner is illuminating for future participants:

“The Sandra Bates Directing Award has been one of the most instrumental opportunities for me in 2016, as an emerging director, not only in terms of the professional development it has offered me, but also in terms of my sense of personal identity as an artist and theatre-maker, navigating the industry.

“Nestled into the harbour in picture-perfect Kirribilli, it is immediately clear to all of us, walking in under the bright lights of the famous Ensemble sign, that this is indeed, a special place.

“One of my favourite memories is from start of the year. I’d arrived early one morning during my first week as assistant director on Good People – and as I walked past the box office, I heard an unmistakable deep, lulling voice, echoing from Jim’s bar. I wandered in and sat down, almost in a daze, listening intently to the extraordinary, lilting depths of the poetic voice rising from the record player.

“Jim appeared, restocking the bar and I asked him what we were listening to. He replied with a wink, ‘Richard Burton doing Under Milkwood – seemed a good way to start the morning – we have the harbour to look out onto, Dylan Thomas had his little fishing village’. I sat there motionless and utterly moved. It was 9am in the morning, and I figured I had fallen into paradise.

“The sense of inclusion, acceptance and welcome I’ve felt here at Ensemble has been second to none. It is these relationships that create that sense of warmth and family that is so elusive and so instrumental to the experience of an emerging director.

“It is an accepted ‘truth’ in the industry that the role of the director is a lonely one and yet the opportunity to feel a connection with the “Ensemble family” and to nurture relationships across all areas of the company has been one of the real joys of the year for me – from working with Claire, the production team, marketing, box office, administration, Jim and the front of house staff – not to mention the creative teams on each of the shows including set and costume designers, vocal coaches, lighting and sound designers.

“Creatively, the opportunity to direct the Boatshed’s playreading of The Importance of Being Earnest was a real highlight of the award. This involved editing the script, envisioning a production design without budget, casting processes, a speedy eight-hour rehearsal period and two performances. It was a delicious challenge and privilege to be able to work with actors in the professional environment to lift Oscar Wilde’s extraordinary classic words from the page in a moved reading with audience.

“The overwhelming privilege, however, has been to work alongside Mark Kilmurry as his assistant director on two wonderful, and entirely different productions – Good People and Barefoot in the Park. As a director, this experience has taught me a great deal from management of rehearsal room dynamic, to pointers on technique, script interpretation and performance nuance.

“One of my favourite expressions of Mark’s that he shares with his actors over and over again – and has become somewhat of a mantra for us all, is:  ‘talk to each other, listen to each other, take care of one another’.

“As the year comes to a close I reflect on the position I have held and am so grateful for the opportunity to have contributed in a small way to the Ensemble season of 2016 as a Sandra Bates Director’s Award recipient. I have been the envy of my peers and I expect in the upcoming years, as news of the extraordinary opportunity of the SBDA spreads, Ensemble will be even more inundated with emerging directors desperate to apply and work at Ensemble.

“I am really proud of Ensemble for offering this rare opportunity for directors (unique and unparalleled by any other theatre company in the country) and along with programs like the Ensemble Stages, evidences Ensemble’s values in supporting emerging artists and new work. 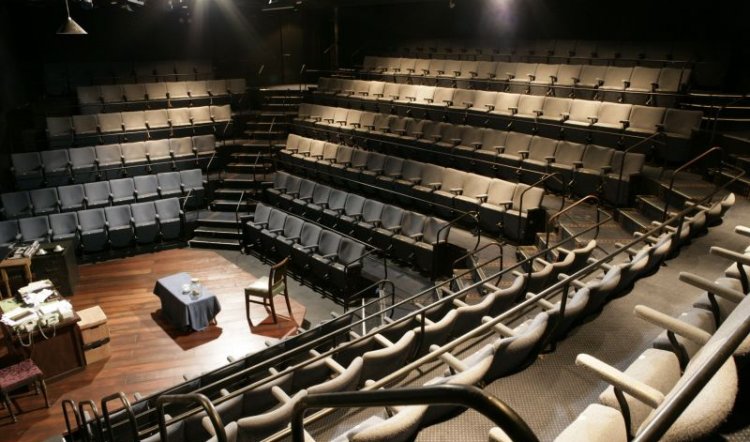 “ ‘Listen to each other, talk to each other, take care of one another’ – it has occurred to me that not only is this a great ‘Kilmurry-ism’ of the rehearsal room, informing the artistic work of the actors in on our stage – but on a deeper level, it also points to fabric of the company itself - the heart of Ensemble is about listening, talking and taking care of one another.

“This is what the Sandra Bates Director’s Award has given me this year – and indeed I believe, it is this ethos that ultimately distinguishes Ensemble Theatre from all other theatre companies in the country.”

The other 2016 winner Janine Watson wrote in her statement:

“The Sandra Bates Award was an honour and a privilege to receive, and an invaluable experience to undertake. It came at the perfect point in my career – I was beginning to integrate directing into my professional undertakings but felt I needed exposure to the practices of directors at the top of their game, who would also empower me to begin to understand my own.

“In Mark Kilmurry and Susanna Dowling, my fearless leaders on my selected Ensemble projects, I found not only great mentors who modelled intelligence, risk, humour and rigour, but also collaborators who trusted me to contribute to their process.

“Tribes by Nina Rayne gave me insight into the creation of delicate nuanced relationships on stage and finding the perfect balance between naturalism and theatricality. Alan Ayckbourn’s Relatively Speaking is proving an unabashed joy to witness coming to life, as a very orchestrated chaos is carefully constructed. When directors bring such passion to their work, as Susanna and Mark have, it thrives.

“I was also given the chance to case and direct a staged reading of Away by Michael Gow, which felt like a preview of what it would take to helm a full scale production in the Ensemble theatre.

“The Sandra Bates Award is a generous initiative for emerging directors. I am genuinely ready for the next step in my directing career, which for me will be directing my first full length play, Crimes of the Heart – such great writing I would not have felt equipped to tackle without my year at Ensemble. It has been my home by the harbour and I’ve found a lasting theatre family here.”

(The Sandra Bates Awards were established to develop the next generation of directors and are supported by the Seaborn, Broughton and Walford Foundation.)