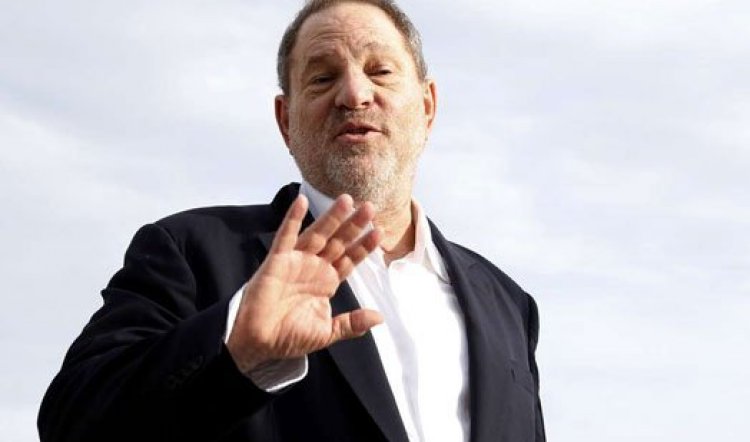 The revelations about Harvey Weinstein – and who knows who else, watch this space – can be no surprise to most. Indeed, the only surprise is that anyone expresses surprise. Nevertheless, possibly the worst thing about Weinstein is the way it’s stirring up old nightmares and scraping off scabs on wounds that will never really heal for so many women.

Nothing can be done if women aren’t willing to do it themselves and even when we know of instances, there’s nothing to do but keep silent unless women want to speak: there’s enough damage done already. And frankly, who would stand up in this situation? Mud sticks and it doesn’t make much difference that it’s not your mud. And it’s one thing to be a Hollywood star/actress and quite another to be in a new generation of young women (and some men) for whom sexual harassment or assault, or both, are still a clear and present danger in the workplace.

It takes an ridiculously brave or reckless (or totally furious) individual to front up with this kind of story. I’m sure it’s happened to most of us at some point. Young women (mostly) are in such an invidious position – and virtually any bloke will have a go. Plain simple truth.

A story: there is a perfume I cannot abide – on me or anyone else – because this VIP (very important pissant) for whom I worked bought it “for me” and insisted on dabbing it down my cleavage and then sticking his greasy head down to sniff it and cop a feel at the same time. There was much worse before I finally plucked up the courage and said, “stuff your job and your promised promotion” and walked. But I was only 23, I felt bad about it; that I’d made a fuss about nothing much and of course, his shitty verbal reference followed me until I switched industries and cities.

There are other stories I could relate, and yes guys you’re still out there, as are you, you nasty woman who was old enough to be my grandmother when I was 19, but you all get the general idea. And also that I never said a word when I was young enough for it to hurt my work prospects, because I was afraid and ashamed. I just let it hurt me instead.

I can say this now because I’m invisible to predators – there is an upside to getting older! – but it doesn’t help all you babes in the woods for whom this behaviour is still a fact of working life.

If you have a friend or a loved one who is being unusually grouchy or sad right now, think about why it might be. This stuff doesn’t go away. You never really get over it, you just learn to live with it. Be kind, be thoughtful, be there. It’s not enough, but what’s the solution?

It is, of course, for the powerful to be called on their behaviour. To be outed and shamed. And mainly it is for the powerful to be taught, once and for all, that their behaviour is not acceptable, not trivial and not a bit of fun. (And they have to be taught, because it’s obvious they have no interest in learning.) It is ugly, cruel, pathetic and it’s now 2017 and young women must be encouraged to yell the place down at any grope or smirk or threat or bribe.

United and noisy we stand, divided and silent we fall prey to these bastards. No more, sisters. No more.

(Talk to me if you like – you know I won’t hurt you and will support you. But do talk to someone.)