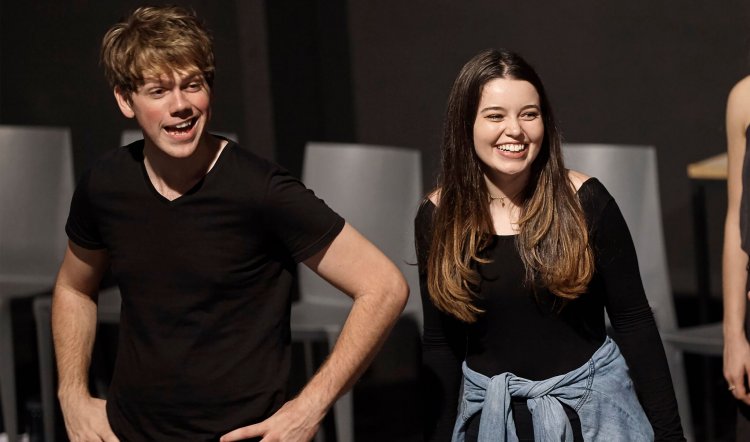 BACK TO PORPOISE SPIT!

At last! The new Toni Collette is announced as 20-year-old, Melbourne-born and raised Maggie McKenna (pictured above with Ben Bennett). She’s recently returned to Australia from LA and makes her professional stage debut at the Roslyn Packer Theatre in mid-November in a theatrical version of PJ Hogan’s beloved hit film. He’s updated it to today and as well as the ABBA songs from the film there’s new original music by Kate Miller-Heidke and Keir Nuttall.

The production – from Sydney Theatre Company and Maggie McKenna – is already selling like crazy and STC has this week announced another, final week of performances added to the season. It will now close on 27 January 2018, with no possible further extensions.

In a press release from STC, PJ Hogan said: “When I made the film, Muriel was a difficult part to cast. So my smile was huge when I met Toni Collette. Almost 25 years later I smiled that same smile when I met Maggie McKenna.”

He must also be smiling at the Who’s Who of Australian musical theatre making up the rest of the company: Joining the new Muriel is Justine Clarke as the long suffering Betty, with other members of the Heslop clan played by Briallen Clarke (Joanie), Michael Whalley (Perry) and Connor Sweeney (Malcolm), while Helen Dallimore plays the strangely ever-present beauty consultant, Deidre Chambers. 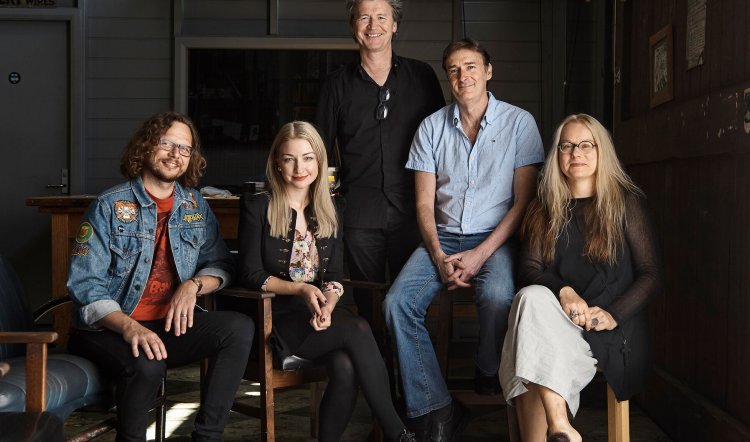 The new production’s director Simon Phillips said of his new Muriel: “It’s hard to describe the thrill you get when, after months of searching, you suddenly clap eyes on the person who feels destined to play a role. The odds of that happening are significantly raised when the bar has been set as high as Toni Collette’s performance in the film. But when Maggie McKenna sent us a gambit audition tape from LA, where she was studying at the time, we all felt that thrill. We hustled her back to the country, put her through her paces to check it wasn’t a trick of the camera and all mentally high-fived. It’s going to be a challenging ride for her I’m sure – a huge role to score at the age of 20 – but I feel sure she’s about to take Porpoise Spit by storm.”

And in case you haven’t seen Muriel’s Wedding lately here’s a reminder of what we’re in for... young Muriel Heslop is stuck in the dead-end of deliriously-named NSW coastal town of Porpoise Spit. She’s obsessed with ABBA and her dream of a fairytale wedding – the white dress, the church, the attention. Unfortunately, there’s no groom. Leaving home, her long-suffering mum and bullying dad behind, she follows her dreams to Sydney with new bestie Rhonda. There she ends up with everything – a man, a fortune and a gazillion Twitter followers. And that’s when things really go pear-shaped... 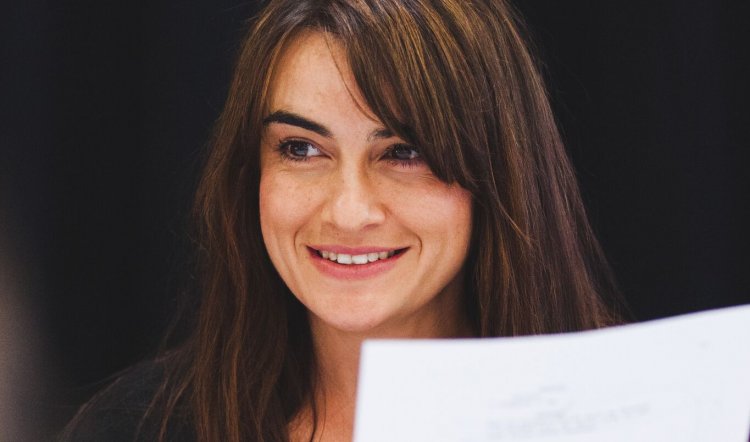 Photos above of Ben Bennett and Maggie McKenna; and the creative team of Keir Nuttall, Kate Miller-Heidke, Simon Phillips and Gabriela Tylesova by James Green. And of Sheridan Harbridge by Hon Boey