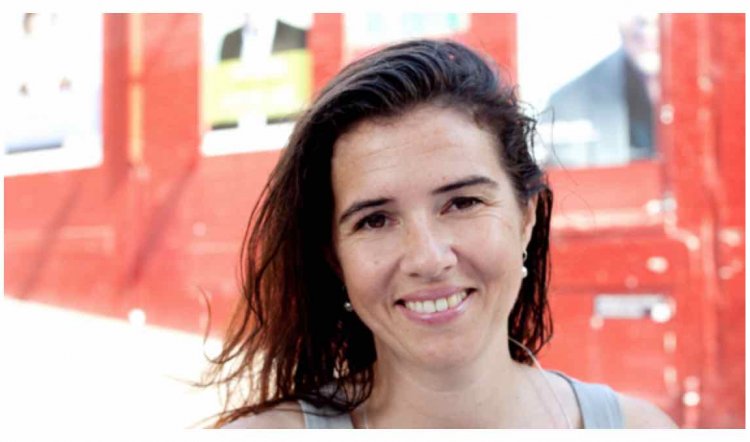 In these days of agitating for better representation and equal opportunities for women in theatre and film, it’s good to be reminded of one woman who’s got there and was an agitator from way back. And is still going places.

The media release from Belvoir this morning needs no further embellishment, except to say “Congratulations! Brenna Hobson – you rock.”

Executive Director of Belvoir, Brenna Hobson, has been appointed Executive Producer of the world-renowned National Theatre of Scotland.

Hobson has been Executive Director at Belvoir since 2008, but she had her first experience of Belvoir as a 15 year-old work experience student. At 17 she had her first job as Assistant Stage Manager and worked her way up to Production Manager over ten years. In 2005 she left Belvoir and spent a year as Production Manager at Bangarra Dance Theatre, and two years as General Manager at Jigsaw Youth Theatre in Canberra. She returned to Belvoir in 2008 as General Manager (now Executive Director) and co-CEO.

During her tenure, Hobson oversaw the successful transition from long-serving Artistic Director Neil Armfield to Ralph Myers, and then to current Artistic Director Eamon Flack. Her time at Belvoir has been characterised by significant expansion in Belvoir’s overseas touring schedule and the company’s increasing commitment to equality and diversity.

Over the past ten years, Belvoir’s international touring has grown from one tour each two-three years to several tours per year, thanks to Hobson’s diligent advocacy for Belvoir’s productions and artists. Highlights include The Wild Duck’s tour to the Ibsen Festival in Oslo and a highly acclaimed season at the Barbican in London, and the Indian tour of Stories I Want to Tell You in Person by Lally Katz.

Since 2011 Belvoir has achieved gender parity for writers and directors in each season as well in increasing its output of Indigenous-led theatre and creating new pathways into the company for artists from culturally and linguistically diverse backgrounds. Hobson has taken both a formal and informal role in these advancements through hiring and programming decisions and mentoring of many artists and administrators.

On her departure Hobson said, “I have adored working for Belvoir, both in its production department early in my career and as General Manager and then Executive Director for the last nine years. It's been an enormous honour to work for a company that is such a vital part of Australian culture and it will be a wrench to leave.

“I'm thrilled to be joining a company of the calibre of the National Theatre of Scotland, a company tasked with articulating Scottish identity in all its forms, at such a crucial time in the country's history.”