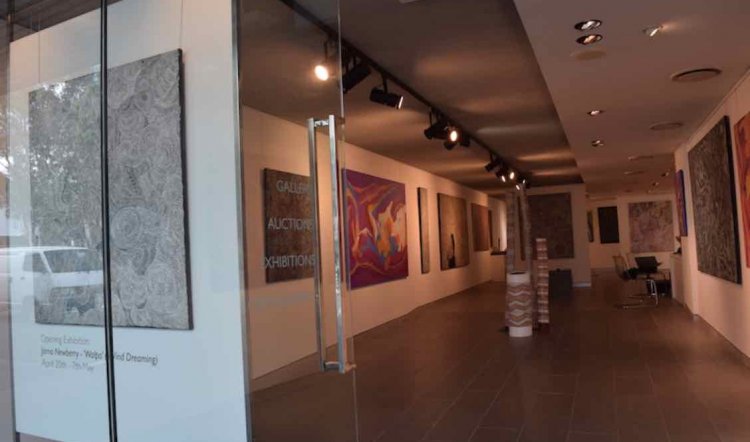 After 17 years absence (in the back blocks of Bondi) Cooee Gallery and Adrian Newstead, éminence grise of contemporary Australian Indigenous art, are back on Oxford Street, Paddington.

It’s another hopeful sign of the street’s return from the dead and follows on in the premises owned and most recently run by Elizabeth Wadsworth as her atelier-gallery space. Coo-ee appeared as a pop-up in the front of the shop and its success prompted this welcome new venture.

Cooee re-opens with an exhibition of work titled Walpa (Wind Dreaming) by Jorna Newberry, the Pitjantjatjara artist originally from Angus Downs. She began painting in the mid-1990s and has been widely represented, exhibited and collected since then. Her work alludes to the Irrunytju country of the Western desert, its particular places and ancestral knowledge and stories. Her palette ranges from monochromatic to the vivid colour array of the desert, what could be described as abstract-realism. 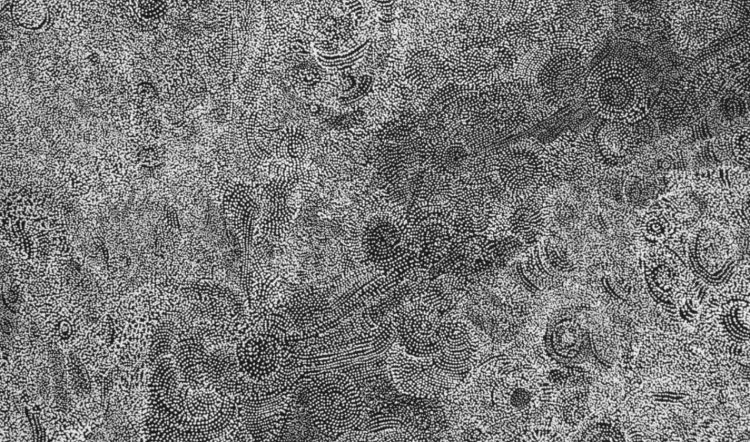 The Bondi gallery remains open at 31 Lamrock Avenue and the Newberry show runs at 326 Oxford Street from 20 April to 6 May 2017. For more: info@cooeeart.com.au