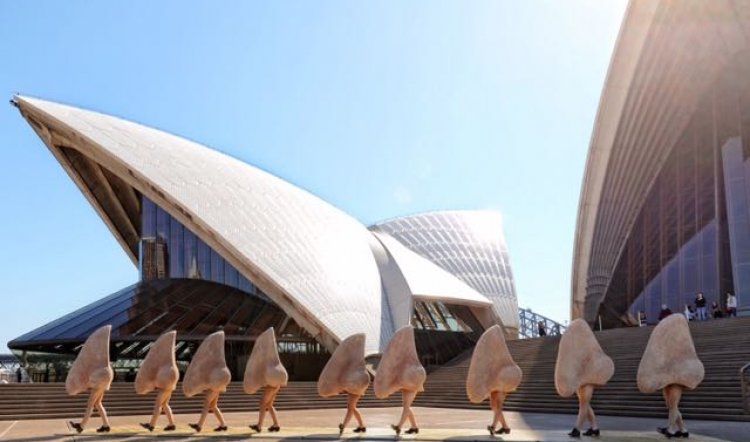 Opera Australia closed the launch of it 2018 season with a playful performance on the apron of the Sydney Opera House. On a portable strip of stage, in brilliant winter sunshine, a chorus line of extremely large Noses tap-danced for the crowd (and were photographed for OA by Prudence Upton). And a crowd quickly gathered – invited guests were joined by bemused visitors to Sydney who watched as the Noses did their syncopated thing.

“Excuse me,” whispered a tourist, “Can you tell me what’s going on here?”

“Sure,” said your friendly and helpful correspondent. “This is an old Sydney tradition to welcome the arrival of Spring and the end of winter. It’s all about saying goodbye to flu and colds and runny noses and dancing hello to healthy schnozzes.”

“Wow,” said the tourist. “That’s amazing, I’ve never heard of it before.”

As Louis Nowra would tell you, if you hear this story another two times (making three in all) it will officially become an urban legend. Over to you.

Meanwhile, as well as dancing noses, there is much more to celebrate and look forward to in 2018...

First of all, the Joan Sutherland Theatre is due to re-open a week or so before New Year’s Eve and OA is taking the risk of scheduling a brand new production of The Merry Widow for that celebratory evening and a run well into summer (31 December 2017–3 February 2018). Directed and choreographed by Graeme Murphy and with Oz-US megastar Danielle de Niese in the tassel-tossing lead, and Vanessa Scammell conducting, it’ll blow away the cobwebs in the old girl’s bloomers. Lovely summer night out. 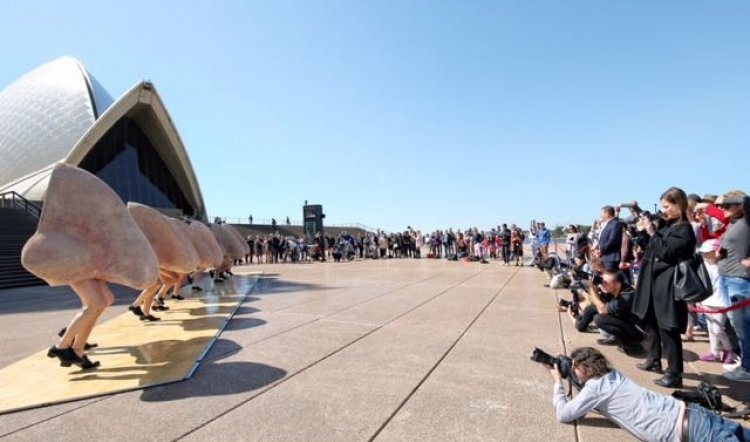 Next up (10 February–10 March) is a return of John Bell’s brilliant and audience-pleasing Carmen. Michael Scott-Mitchell’s design and Kelley Abbey’s choreography made it special and this time in the title role, the glorious Rinat Shahan; opposite her, Argentina’s Marcelo Puente as Don Jose and Michael Honeyman as Escamillo. Drama doesn’t come any more dramatic.

The lighthearted nasal element (see above) fronts a formidable co-production – coming to fruition after years of planning. It is the Covent Garden, OA and Komische Oper production of Shostakovich’s The Nose. It’s Barrie Kosky’s production and this Nose is newly translated into English by David Pountney and features unforgettable characters such as Antoinette Halloran as the Pretzel Seller, Kanen Breen as the District Inspector, Alexander Lewis as The Nose and Sian Pendry as a Respectable Lady. Life is serious – laugh.

A new take on an old warhorse is Massenet’s Don Quichotte (16-28 March). The fabled bass Ferruccio Furlanetto is the windmill-tilting Don, Elena Maximova is his Dulcinee and Warwick Fyfe the long-suffering Sancho Panza. It’s a San Diego Opera production of a rarely seen piece and the 75-year-old in the title role is not to be missed. A sneaky iPhone clip of him this year at La Fenice was played at the launch: phenomenal.

Unless you’ve been asleep all winter you’ll already know that Handa Opera on Sydney Harbour (23 March–22 April) will be La Boheme. The mega-pontoon stage setting will be designed by Dan Potra, lit by Matthew Marshall and the show’s sound design is by the established wizard of Farm Cove acoustics, Tony David Cray. The growing target audience for the annual al fresco fest is revealed in a the program note that it will be, “sung in Italian with English and Simplified Chinese subtitles”. It also boasts two separate and equally fine casts and is a unique Sydney experience. If you have visitors – Bridge Climb and HOSH.

Yet another soprano excitement in this season (after Our Nic as Violetta) is Jessica Pratt returning to commit murder in the Scottish highlands. She’s sung Lucia di Lammermoor at La Scala already – apparently, it says here, only the third Australian to do so after Melba and Sutherland. Wow. It’s the period production designed by Liz Ascroft and originally directed by John Doyle (Roger Press is revival director) and Michael Fabiano sings Edgardo and Giorgio Caoduro is Enrico. Our Jessica is the big ticket item, however. 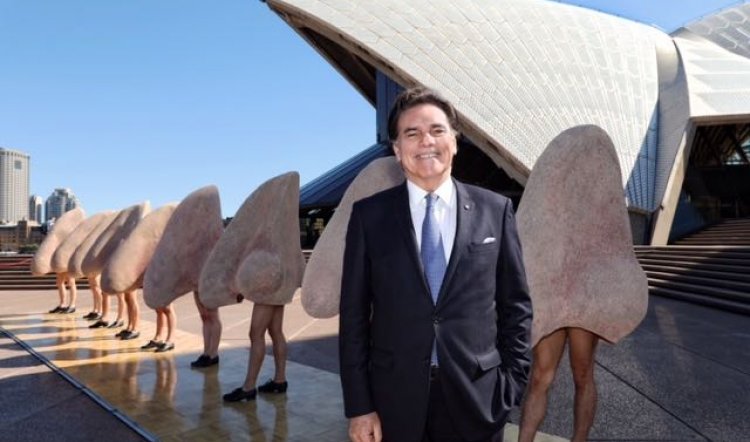 Roger Hodgman’s production of Rigoletto is scheduled for the height of the coughing season (6 July-24 August) and noteworthy for sensation-seekers are the three performances by Leo Nucci, after which a succession of fine singers takes over in all main roles – a sensible flu insurance as well as giving opportunities for singers and audiences alike. The program describes Verdi’s perennial hit as “royalty, loyalty, deformity, devotion, lust and revenge” – which pretty much sums up most opera. A special treat, take your Fisherman’s Friends.

An extra big treat, surely, is a new production of Verdi’s Aida (18 July–31 August) and the clue to what to expect is contained in the production credits: director and choreographer Davide Livermore, set design: GIOFORMA and Davide Livermore, video design D-Walk, with Gianluca Falaschi (costumes) and John Rayment (lighting). It all hints at a digital realising ancient Egypt. Human contributions from three casts include the return of the US’s Amber Wagner, as well as our own rising star Natalie Aroyan in the title role. Among others also appearing over the six week season: Elena Gabouri, Milijana Nikolic, Yonghoon Lee, Diego Torre, Warwick Fyfe, Michael Honeyman, Clementine Margaine, Jane Ede and Roberto Scanduzzi. Bigger than Ben Hur and with pixels.

For those coming out of hibernation: the now annual Big Musical Ka-Ching machine is one to anticipate. Evita is the very best ever written by Tim Rice and Andrew Lloyd Webber (before the latter got wise and rationed himself to one tune per show). It’s 40 years since Julie Covington first sang the role of the Argentinian demagogue – on disc, that is – and if anyone is right for the role in 2018, it has to be Tina Arena. She has the maturity, the chops and the presence. It’ll run 18 September-3 November. Wonderful songs, not sure about theatre legend Hal Prince returning to remount his 1978 production, other than for headlines and nostalgia – but stand by for more Helpmann nominations for dead foreigners.

And now for something completely different and probably not for the unusually blonde subscriber set (not blue-rinse please note, Leo Schofield) is a new production of Metamorphosis. Not only is it Kafka, but it’s the adaptation by Steven Berkoff and Brian Howard and will be staged in OA’s scenery workshop in Surry Hills. Tama Matheson directs this intimate production (26-29 September only) and singing with the Chamber Ensemble will be Simon Lobelson (Gregor) Julie Lea Goodwin (Greta), Christopher Hillier and Taryn Fiebig as Father and Mother, Adrian Tamburini as the Chief Clerk and Benjamin Rasheed as the Lodger. Mark Thompson will design set and costumes and John Rayment is lighting designer. Hooray for 90 minutes of innovation.

Finally, Melburnnians and those with access to a travel budget and needing a Wagner fix, will want to save a date with Die Meistersinger von Nurnberg, at the Arts Centre Melbourne, (13, 19, 22, 17 November). It’s the Kasper Holten co-production with OA, Covent Garden and Beijing with a fabulous mainly Australian cast including Natalie Aroyan. Reason to go south.