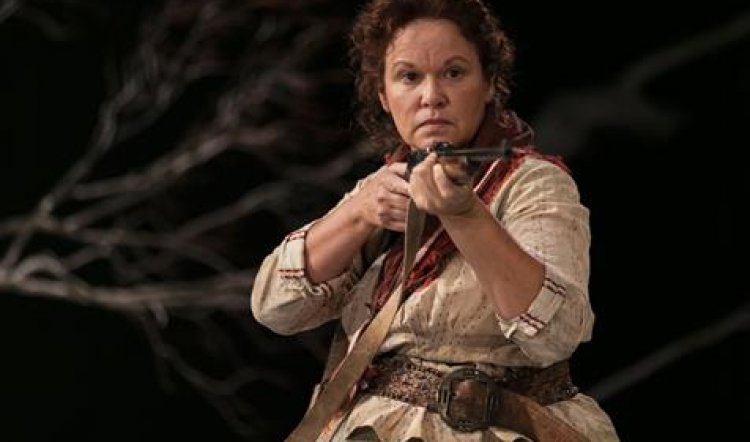 HELPMANN AWARDS 2017, photography: above, by Brett Boardman - Leah Purcell in The Drover's Wife;  and below by Prudence Upton - Kate Mulvany as Richard 3

O frabjous day, it’s that time year again when some wonderful Australian performers and creative contributors to the theatre are recognised for their work; and a whole lot more miss out to blow-ins or are left scratching their heads wondering, “wha’ happened?” Or, “who?”

And I get to sound like a broken record in saying, yet again, how sincerely thrilled I am for those who won, but how I cannot respect or support the Helpmanns as the national performing arts awards. Because they are not, in a variety of ways.

First of all, it’s not possible to have genuine and credible national awards in Australia. The capital city awards are the ones that really count, and they don’t have the plump fingers of the big-time producers in their pies. (Sorry, that sounds disgusting, but come to think of it, it is.)

Second of all: transparency. Speaking from the point of view of being a founder of the Sydney Theatre Awards – because I have no business talking about Brisbane, Melbourne, Adelaide or Perth – these awards have gained currency over the past decade (!) because those who make the decisions have seen the productions under review and the people involved are known to the industry and known to each other. This cannot be said of the national awards.

The UK’s Oliviers are not ”national”, the USA’s Tonys are not national – there is no such thing anywhere in the world of theatre, cos it ain’t possible. A majority of credible critical voices do not see all contenders: for instance, while it’s not that the event wasn’t probably excellent, but who voted for the Best Symphony Orchestra Concert winners – Stemme, Skelton, Tristan and Isolde and the Tasmanian Symphony Orchestra? Who voted for Best Comedy Performer winner when Hannah Gadsby’s Nanette doesn’t play Sydney until the end of this year? And so it goes.

And let’s ignore the international winners for fear of an epidemic of apoplexy. On the other hand, we can be a tiny bit relieved that the long gone on Sir Cecil Beaton didn’t get up in his category. And he gave show host Jan van der Stool material for a marvellous intervention which should stir up those bone idle living Australian theatre designers.

And Kate Mulvany and Leah Purcell are not only big winners but within the terms of the “national” element, rare and proper winners. Mulvany’s performance for Bell Shakespeare Company as Richard 3 was one for the ages – a brilliant achievement and seen beyond Sydney. And Leah Purcell’s re-invention of Henry Lawson’s The Drover’s Wife is one of the most remarkable and genuinely important theatre works in the Australian canon. As well, her performance – in theatres other than home territory of Belvoir St – won’t be easily forgotten either.

Barrie Kosky and the Adelaide Festival reminded us of the power and possibility of operatic (okay, oratorio) innovation and daring. Saul was brilliant – if you happened to be in Adelaide. Luckily, Saul’s other winner – Kanen Breen – is seen in other cities, but largely because he is a determined and tireless performer whose heart beats in the same earth-moving rhythm as Kosky’s.

So, here’s the full list. Congratulations to all – and you deserve so much more. 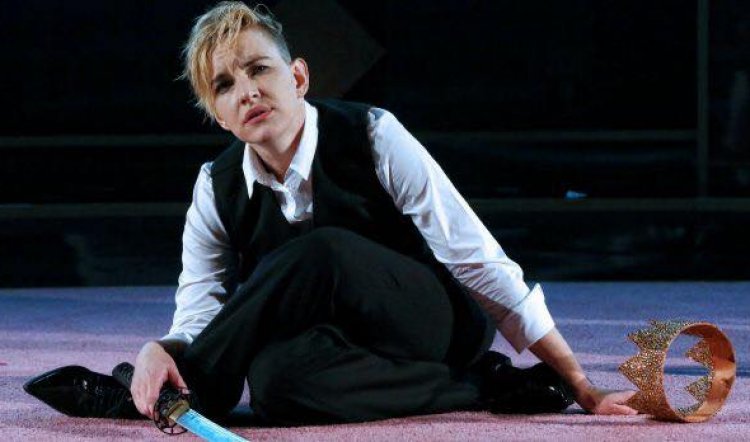 Best Male Performer in a Supporting Role in an Opera - Kanen Breen, Saul

Best Direction of a Play - Leticia Caceres, The Drover's Wife

Best Musical - The Book of Mormon