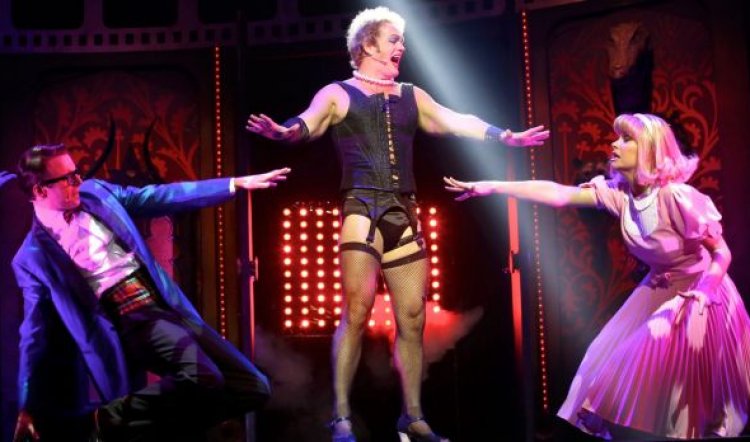 Writing in an op-ed piece for the Australian Financial Review on the weekend titled ,"TV land moves from a culture of silence", much-admired actor Di Smith made many good and cogent points about sexual harassment and working conditions for women in the TV industry over the past decades.

She concluded with the observation: "We all need to take this to heart and focus on nurturing a normality of respect and inclusion. The old world has come undone. And if you find you don't fit in the new world, you need to shape up."

This is especially important this morning – Monday, 8 January 2018 – when Kate McClymont's front page story in the Sydney Morning Herald has people on the Twitterverse and other social media jumping out of their skins.

Allegations have been made – in a painstakingly carefully researched piece – about the behaviour of Craig McLachlan while on tour in The Rocky Horror Show, for GFO. This is not a Daily Telegraph-style unsubstantiated, unverified, unethical grab for the gutter, but a typical McClymont effort: researched, witnessed, checked and double-checked with named sources.

The named sources are what's important here. Christie Whelan-Browne, Erika Heynatz and Angela Scundi have a lot to lose by putting their names in the public domain and little to gain, aside from the precious and irreplaceable self-respect and personal honesty which all have felt compelled to squash – to their cost – for some years.

The most extraordinary thing – and why this is being written – is that the women are under attack today, on Twitter primarily but who knows what else they're copping privately, for standing up and being counted. The second thing, although sadly not extraordinary, is that a lot of the backlash is obviously coming from people who have not read the story! A common complaint, it seems, is "why are women believed and men are not?"

The question misses the point(s) by several kilometres. Workplace harassment – whether it's in a theatre, on a film set or in a hospital, cafe or factory – is about power. Power is what men expect and demand as a right and it's most often expressed in sexual terms because that's where resides most men's sense of self. And young and powerless women are the target – or young men, if the male in power is gay.

But how come, and why? goes the retort. As if it somehow proves something, the finger is pointed at someone such as Meryl Streep – how come she didn't know about Harvey Weinstein and wasn't hit on? Don't be daft – she's way too old and was already way too powerful in her own right by the time they crossed paths. And although we're not talking Hollywood titans here, the potency of a star male's power over the women around him can't be under-estimated nor dismissed. It was ever thus – but no more.

Christie Whelan-Browne, Erika Heynatz and Angela Scundi have taken potentially life- and career-changing risks by speaking out and they have been extraordinarily courageous and I believe they are to be supported and admired.

Women all over the world have had enough of being told to shut up, put up with it, don't be wusses and it's just a bit of fun. Wrong, wrong, wrong. As Di Smith so eloquently said – and I'm reiterating here – The old world has come undone. And if you find you don't fit in the new world, you need to shape up.