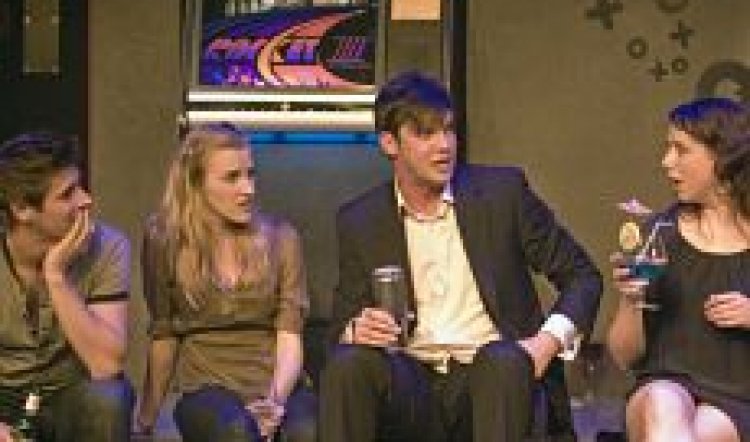 AUTOBIOGRAPHY is not a feature of Rabbit, says English director-writer Nina Raine of her first play, but the underlying concerns of the play will definitely resonate with other thirty-somethings. Particularly women of a certain calibre and intelligence; these are the ones for whom feminism is either a dirty word or a frustrating mystery and anachronism – like their still-furious mothers.

Raine’s chief protagonist is Bella, whose 29th birthday is being celebrated in a fashionably retro/seedy niterie (more of that in a minute). She has asked her closest friends and ex-squeezes to come along, curiously, none know one another. The pitiful gang that shows up hints at why Bella is in the throes of soul-searching and life review.

Raine is an interesting character in herself: the daughter of celebrated poet Craig Raine, she at first chose to direct rather than put herself in the way of comparison with her father. Now, age 32, she seems to have found sufficient confidence in the plaudits draped on her as a rising talent in British theatre to have put finger to keyboard with serious intent.

Rabbit was first performed in a small pub before making its way to London and critical acclaim. It netted excellent reviews as well as the Evening Standard Award for Best New Play and the London Critics’ Circle Award. It went on to an off-Broadway production in New York and now, a Wharf 1 season with the kind of top cast and creatives that STC can offer.

Bella (Alison Bell) is a smart chick but, so far, in her view (unexpressed but increasingly obvious) she has not lived up to expectations – neither her own nor her father’s. She works in PR but you wouldn’t guess it from her antagonistic approach to life; on the other hand, that’s probably the point, she just hasn’t figured it out yet. Now, on the brink of peering over the hill towards the traditionally scary age of 30, her father (Geoff Morrell) is dying slowly and crankily of a brain tumour and she is faced with predictable but no less painful impending grief and disappointment – mostly on account of her own life’s failings.

This gradually spills out, along with a lot of alcohol, as Bella’s friends turn up, either expected or not. There’s her junior doctor friend Emily (Kate Mulvany), an old flame, Tom, (Ryan Johnson) who she dumped on his head from a great height; then one of her oldest friends – eight years standing – Sandy (Romy Bartz) sashays in. Finally, her most immediate ex-squeeze, barrister and tyro writer Richard (Toby Schmitz), completes the happy group.

In many wryly amusing ways, the first half of Rabbit is almost a prequel to the late-80s/early 90s TV series thirtysomething as a group of friends and lovers enjoy angst, wine and gnaw the bones of relationships. Rabbit, however, is lavishly spiced withone-liners and – at times – straight up corrosive acid. The result is by turns funny and uneasy and, mostly, very effective.

Nevertheless, it’s impossible not to speculate on how different the production might be in the hands of a director with a more subtle touch and one less enamoured of the full throttle-bellow school of performance. As it is, Brendan Cowell’s staging of the play – particularly in the first half – seems to lose (or not find) the comic pace and timing it might otherwise have, especially with this high calibre cast. 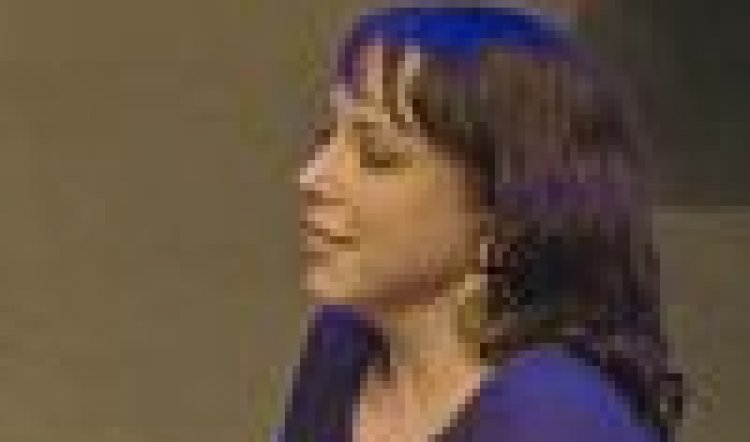 The second half is a different matter as the setting up and introduction of characters is done and the real agenda of the plot is revealed. It’s denser, more serious, more considered and – ironically – funnier. The actors are well in control of the action and their characters and it’s a joy to watch.

Kate Mulvany and Romy Bartz are two of the best in the business and they demonstrate why with such ease and creativity it makes you gasp. Toby Schmitz is also brilliant and, unusually for an knee weakenly handsome man, he has no qualms about making an absolute ass and berk of himself. Ryan Johnson has the more difficult role as the quiet, almost mousy but finally quietly attractive bloke, and he maintains a stillness and credibility that grounds the others’ more hysterical excesses.

As Father, however, Geoff Morrell has taken the idea of the morose and monotonous effect of a brain tumour too literally and it’s as well that he drifts in and out of the action only intermittently. This does make Bella’s emotional journey more difficult though and it’s to Alison Bell’s credit that she so strongly manages the strenuous demands of the central role. We’ve seen little of her in Sydney (only the STC’s Doubt) So, along with Bartz and Mulvany, let’s hope to see more in the near future.

Aside from the actors, the other intriguing element of this production is the set. In New York and London the choice was more the mod-edgy-luxe interiors of 21st century nightlife. Genevieve Dugard has gone in a totally different direction with the design which is casually centred on a coffee table which the birthday party guests barely notice. It is a copy of the Allen Jones pop art icon of 1970: glass top resting on the back of a curvaceous female form, on all fours, clad in black leather S&M gear including stiletto-heeled boots.

When it was first seen in 1970 the piece caused a raging furore as feminist opponents saw it as degrading and pornographic while Jones’ supporters pointed to Jung and Nietzsche and Jones’ interest in the female body as it resides in the male imagination. In 1973, eminent feminist theoretician Laura Mulvey employed Freudian analysis to examine what she saw as Jones’s use of fetishistic images of women. Castration anxiety is the fetishist’s major concern and in the fantasies illustrated in such S&M-based art, the stiletto signifies both weapon and punishment while the confined leather-clad body is a phallic substitute as well as an indication of the lack of phallus.

If all the above seems a little far-fetched, wait until you hear Bella and Emily discussing Tom’s c**k and, later, Richard raging like an Iron John hairy man about women’s sexual objectification of men. Ergo, the table (ignored but potent) and these elements of the script’s subtext are a brilliant juxtaposition of the playwright’s wider concerns.

Present-day art maven Banksy also features – again quite casually – but he’s not nearly as interesting as the Allen Jones table! Luis Pampolha has really gone to town on the lighting of the entire Wharf 1 space while composer and sound designer Steve Francis has also let rip to great effect. I suspect it will divide audiences but probably, divide and conquer. It’s a pretty spiffy night’s entertainment, despite flaws.