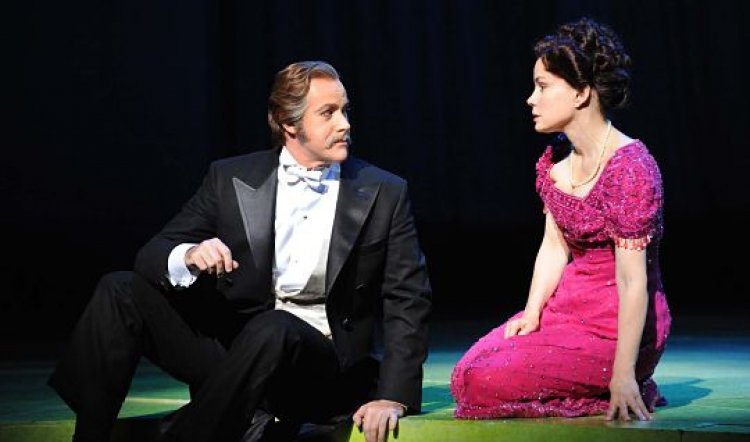 STEPHEN SONDHEIM’s 1973 Broadway hit is his most “popular” show despite – rather than because of – its hummability and Send In The Clowns. That song – made variously meaningless, mawkish and melodramatic by Sinatra, Streisand and club warblers on bar stools the world over – is both the most anticipated and therefore often the biggest letdown of the evening; unless it’s done properly, that is. And there’s no chance of being disappointed by this production.

For a start, the music (deceptively simple and actually fiendishly complex) is beautifully served by the AO and Ballet Orchestra under the baton of Andrew Greene. They appear to enjoy bringing the very best out of the score and they also respect it, and the result is a foundation for the singers that’s rarely found in the usual run of musical theatre.

Not that Night Music is the usual run of musical theatre: based on Ingmar Bergman’s Smiles of a Summer Night, it’s a bitter-sweet and in many ways rather outré portrait of middle class marriage and love affairs and straight-up working class sex; and all in flux or in a mess, one way or another. It’s also about the smiles: one for the young, one for the wise and one for the old – when each is smiled upon, a chapter of life’s story is at an end.

Set in the 1890s and the almost endless luminous Scandinavian summer night, the story circles around Désirée Armfeldt, fading star of stage and boudoir (a worldly yet vulnerable Sigrid Thornton) and a chance encounter with her one-time great love, Fredrick Egerman (Anthony Warlow at his most caddishly charming). She discovers that he is recently married to the gorgeous 18-year-old Anne who, nevertheless, has not yet got around to facing up to her wifely duties and consummation. (Lucy Maunder in a fine performance as the flighty yet fearful young woman).

Fredrick has a son by his first marriage and this young man – Henrik – is strangling himself with the dog collar of a seminarian and the sexual repression of the late Victorian era; it doesn’t help that he’s in love with his “stepmother”, while she is oblivious to any but her own travails. In a performance bubbling with barely contained lust as well as one of the sweetest voices in musical theatre, Matthew Robinson is an agonized, hand-wringing delight.

Désirée’s current bed companion is the rigidly upright (in every sense) dragoon Count Carl-Magnus Malcolm (fabulous Ben Lewis). Straight out of Ibsen or Strindberg, Carl-Magnus is madly jealous of his mistress and careless of his wife, Countess Charlotte, while she is the woman for whom feminism and women’s liberation was about to be invented. And Katrina Retallick pulls off the tricky balancing act of downtrodden yet adoring wife with credible intelligence.

On the periphery of these stories, but at the centre of the show itself is the “chorus” of Byron Watson, Katherine Wiles, Jacqueline Dark, Jane Parkin and Kanen Breen. They relate important information to the audience while themselves being audience to the shenanigans of the various lovers and their overlapping and often competing musical refrains are terrifically well handled.

On the social periphery but, of course, even more central to the action is the straightforwardly lusty and voluptuous maid Petra; as acted and sung by Kate Maree Hoolihan Petra is both a comic and scene-stealer, while her solo, sung over her lover’s sleeping body, The Miller’s Son is a heart- and show-stopping moment. 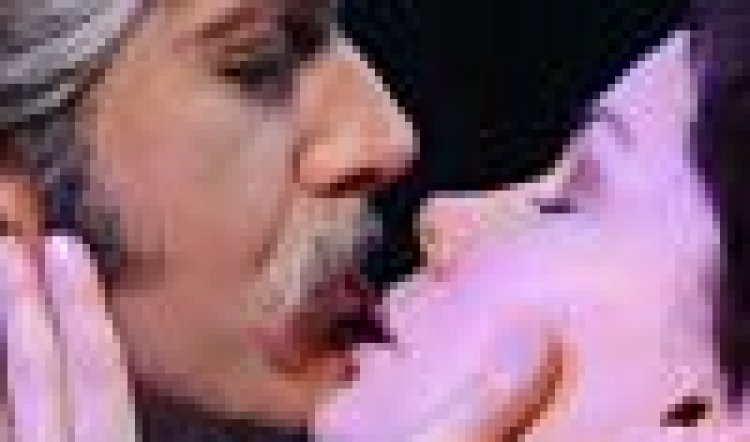 Sondheim’s lyrics capture the sharp, wry humour that’s the essence of the best of Broadway, while his music is a counterpoint of richly romantic waltz-time, complex overlays of melody and timing and fin de siecle melancholy. When not out and out playful, the set piece songs are clear-eyed and truthful about the situation between men and women: Every Day a Little Death must be the sharpest and unhappiest comment on love and marriage ever written, and it’s the delicate tunefulness that gives it the razor’s edge.

Director Stuart Maunder has approached the production with the lightest touch that’s echoed in Roger Kirk’s effortless gauzy evocation of a northern country summer evening and contrasting effortful decadence and style of the women’s gowns. A revolve also echoes the movement of the music and whisks elegantly minimal settings (bed, boudoir, dining table) and players from place to place and from time to time. The cast is similarly elegant and effortless, personified at either end of the spectrum by the wondrous Nancy Hayes as Madame Armfeldt, Désirée’s sardonically exasperated mama and Erica Lovell as Fredrika, 14 years old but so much more grown up than her mama; and so much her grandmother’s companion.

In the end, however, it does come back – quite literally – to Send In the Clowns and in casting the much-loved star of the big and small screen, Maunder got it right. Sondheim wrote the song for an actor rather than a singer and as long as the actor can speak the lines in tune (think Rex Harrison as Prof Higgins) the effect of the pivotal song, in its proper context, is at once wonderful and heartbreaking.

Sondheim has been quoted as saying that he envisaged it as the song of an angry woman – Désirée sees her time has come and gone, that Fredrick has found a younger woman, that she has lost her last chance – so when she begins “Isn’t it rich?” there is more ire than regret.

I’d like to disagree with the master because it seems to be a rather masculine reading of Désirée’s situation. There is no anger, only irony and regret; and a great deal of sadness. And Sigrid Thornton delivers it with the tremor or tears and self-deprecating laughter just beneath the surface. And Désirée, in her final realization that time is up and she’s thrown her last dice and lost, remembers that she’s been a great actress and so, she gives it her all – in the most restrained, un-dramatic and therefore deeply effective and affecting way.

I saw Hermione Gingold as Madame Armfeldt and Jean Simmons as the definitive Désirée in the London production in 1975 and the two of them made it very clear that acting was what it was all about. I’ve seen the show a few times since then and have always wondered whether another actor would grab the role and that pesky song and make it fly and find the pathos like Jean Simmons. Sigrid Thornton does; it’s a delicious performance in a show of delicious performances and excellent music.

Well done Opera Australia and kindly ignore the grizzling old buzzards in their moth-eaten lapin – this is as legitimate a production for the company as any in the repertoire and hugely better than many.