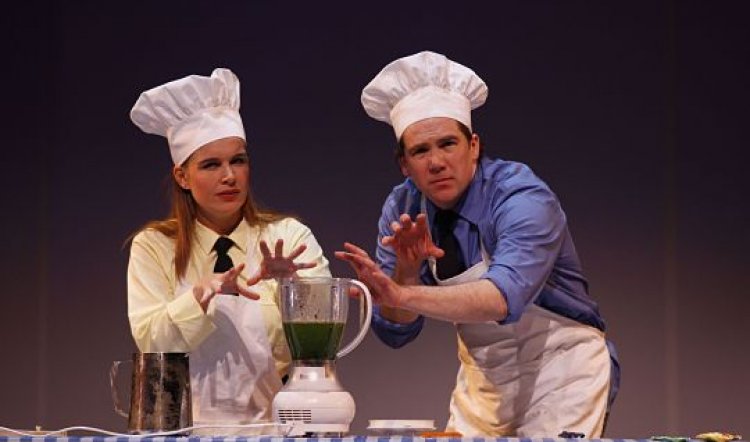 THE SCOTTISH PLAY is not really the one you’d immediately pick from Shakespeare’s oeuvre for its comic potential. Unless, that is, you happen to be Andy Griffiths, writer of such contemporary classics as Zombie Bums From Uranus and Just Disgusting – from the acclaimed Bum and Just series, respectively. Griffiths, of course, is the Australian author who is as revered as Patrick White and even more popular than Bryce Courtenay – so he can pretty much do anything.

Griffiths’ collaborator in the Macbeth enterprise is director Wayne Harrison and that choice tells you why Bell Shakespeare Company first brought this show to the stage last year. Harrison has an uncanny knack with new and “different” material: he can see its potential and the end result is almost always a gem of entertainment. Since Just Macbeth’s first outing it’s been reworked somewhat – primarily a 20 minute cut from the running time. And it’s been turned from a good show into the sparkling and ridiculous comedy Shakespeare undoubtedly wishes he’d written in the first place.

Just Macbeth stays faithful to the great tragedy of the ambitious Scottish lord and his even more ambitious wife, but manages to make sense of it from a school kid’s point of view. Set the task of explaining their understanding of the play by simpering class teacher (Mark Owen-Taylor in one of several funny characters) the “Just” kids, Lisa, Andy, Danny and Jen, as well as Jen’s friend, Jen’s other friend, enact the play with the aid of garden gnomes, many fart jokes, pretend horses, soliloquies and other essential tools of Eng.Lit. The cast (Patrick Brammall, Pippa Grandison, Justin Smith, Rhiannon Owen and John Leary also take on the play’s characters – Big Mac, Lady Mac, Duncan, Banquo, Fleance and Lennox. The witches employ a Magimix and a lot of Wizz Fizz to concoct the hubble bubble toil and trouble brew and altogether, the result is laughing gas for all ages. 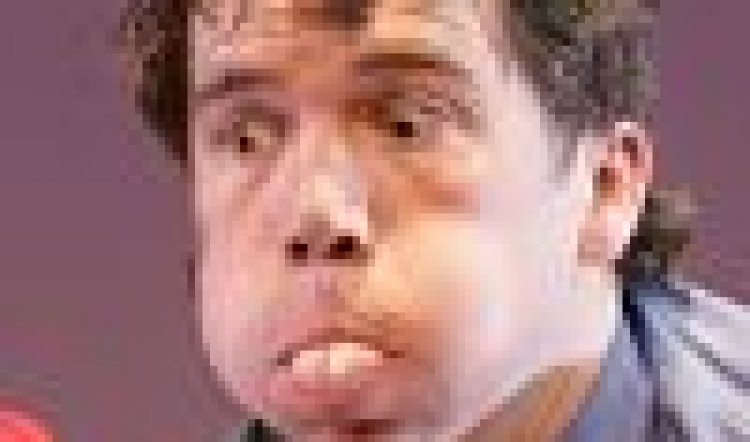 The audience range is probably from seven to 97 and everyone within it will get something special from the show. Pip Runciman’s design of rude and snorkingly silly cartoons is worth arriving at least 10 minutes early for, as there is much to be read and savoured. (I particularly liked the footlights.) The Shakespearean plot runs side by side with the “real-life” travails and adventures of the kids and is witty and sharp as a razor.

When the run is over at the Opera House the production is off to vie with the more than 2000 other shows of the Edinburgh Fringe. The sheer bravado of taking a tartan-clad send-up of the Scottish play to the heart of Midlothian (Heart of Midlothian 1, Partick Thistle nil) is enough to bring tears to your eyes just thinking about it. It’s hard to believe that with their army of gnomes set to bring Burnham Wood to Dunsinane, they won’t conquer all.