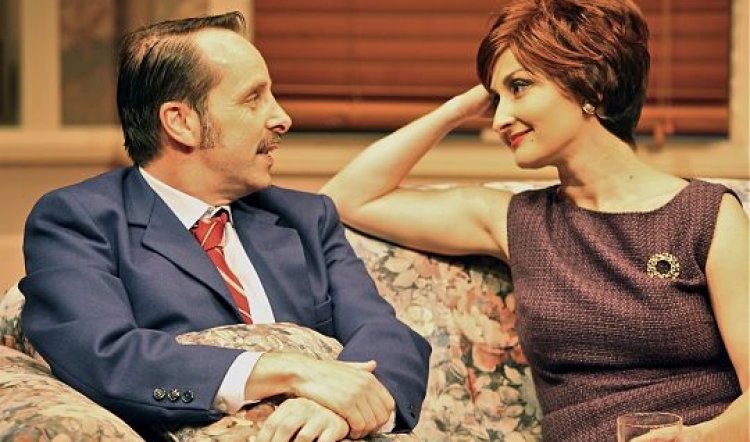 LAST OF THE RED HOT LOVERS

NEIL SIMON’s comedy classic first opened on Broadway at the very end of 1969. In social terms it was almost the middle of the “Swinging 60s” (1964-1974 or thereabouts), and that’s important in what happens to the luckless red hot lover, Barney Cashman (Jamie Oxenbould). Poor Barney represents the vast majority that was, on the one hand, untouched by the scary freedoms and radical ideas of the era and, on the other, at once repelled and vicariously fascinated by them too.

So, Barney sports the groovy sideburns and droopy moustache of 1969, but his neat blue suit and neat manners are of an earlier time. In his case it has to be 1955 when The Seven Year Itch allowed bored suburban men to fantasise an extra-marital affair with an apparently agreeable Marilyn Monroe.

But Barney’s itch isn’t of the seven-year variety: he’s been married to high school sweetheart Thelma for 22 years and before that, his only sexual experience was a prostitute twice his 17 years. He runs a suburban fish restaurant and opens so many clams and oysters every day his hands permanently smell of crustaceans. He’s desperate to experience something exciting just once in his life. And his mother’s apartment is vacant one afternoon a week while she’s doing charity work.

Neil Simon captured the daggy charm of an ordinary man quite beautifully in Barney and in this production, directed with finesse and the essential light touch by Mark Kilmurry, he’s well served by Jamie Oxenbould who is charming and cute but not vain: he does daggy and pathetically desolate and he’s also strong and sufficiently resolute to be, for much of the time, the straight man to Sharon Millerchip.

Millerchip has been long adored by audiences for a succession of award-winning roles in such big hits as Phantom, West Side Story, Beauty and the Beast, Satango, Rocky Horror, Cats, Into the Woods and as Velma Kelly in 2001 and Roxie Hart in 2009 in separate productions of Chicago. In other words, rarely has she been seen on a stage without an orchestra and chorus, but her performance as Elaine, Bobbi and Jeanette, the succession of women Barney tries to bed, proves she needs neither. 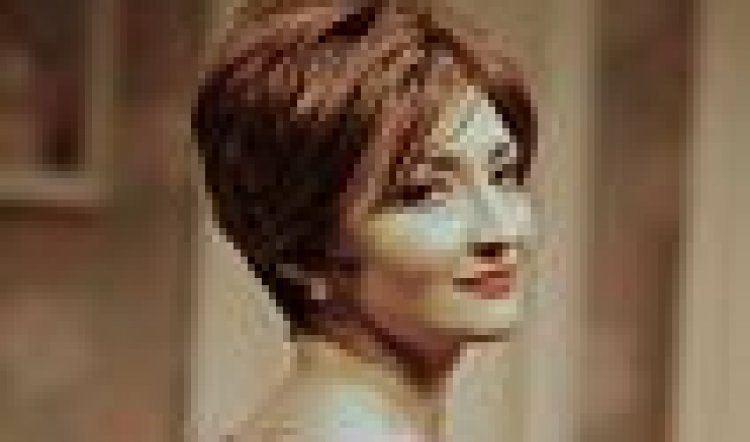 Elaine is a world-weary Bronx housewife who wants only a cigarette, a whiskey and a trouble-free afternoon’s sex that isn’t with her 95 kilos of suspicious hubby. She’s the vehicle for Simon’s characteristically acid-sharp one-liners and a world away from Bobbi. This ditzy, deluded chorine will never, never make it on a stage, no matter how provincial, and her main contribution is inadvertent proof that too much dope-smoking makes you paranoid. Finally, there’s Jeanette and her tightly clutched “pocket book” (clutch bag); she is a friend of Thelma’s and Barney’s continuing failure in the seduction stakes is made clear by that: he’s reduced to picking up his own dinner guests, even one as highly-strung but anti-depressant-blank as his wife’s best friend.

The best comedy has its roots firmly in reality and existential grief and Last of the Red Hot Lovers is, despite its slightly time-specific creakiness, still among the best comedy writing. Although comically exaggerated, the three women are instantly recognisable and plausible. The wisecracking Elaine moves in an almost visible aura of melancholy even as she makes us laugh; while Bobbi’s plight as a hopeless dreamer is as funny and touching as Judy Holliday’s Billie Dawn, a character who also left an aftertaste of sadness. And in the third act, the comic sadness is compounded by Jeanette’s physical and moral agony: she is so paralysed by guilt that her longing for something else is frozen within her fears.

The production’s only real flaw, and it’s a small but silly one, is a set design that forces the actors to negotiate a clumsy step to enter and leave the apartment or move about it. On the other hand, dialogue coach Jennifer White is the other star of the show: both Oxenbould and Millerchip maintain persuasive accents throughout and it’s one play and style where Australianising the voices just wouldn’t work.