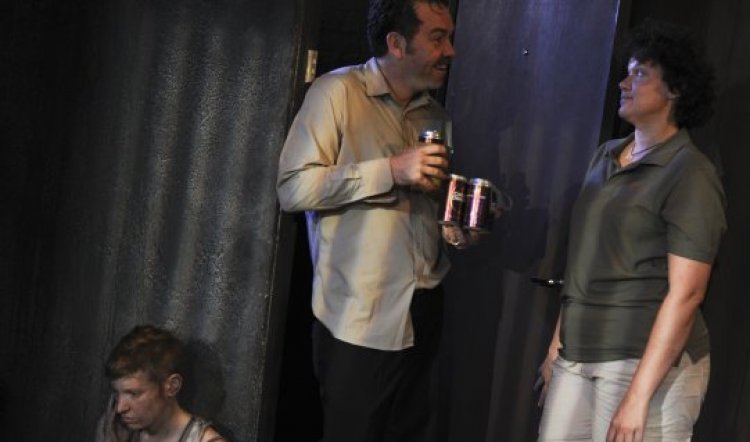 If, like me, you take a pathetic delight in checking in to anonymous, out-of-the-way motels and savouring the delights of clean sheets, a telly, a neat little bathroom and then ticking the boxes on the breakfast menu, playwright Angela Betzien and her collaborator/director Leticia Cáceres will have ruined that childlike pleasure forever with The Dark Room.

Not that I hold this against them: it's a fair return – well, almost fair – for one of the most gripping nights spent in a theatre this, or any, year. The Dark Room is uncommonly well written and structured in the most ambitiously difficult way. The only other playwright who immediately comes to mind who can really nail the complexity of multiple characters occupying a single space in different times is Alan Ayckbourn. And his dark social comedies of the English middle class are quite literally in another world. (It's easy to snigger at the comparison, but Ayckbourn is a master of structure and few writers could come near him, even if they tried.)

The Dark Room is in an unnamed motel in an unnamed town somewhere within administrative reach of Darwin – that's where police and the other instruments of law come from, at any rate. At various times the room has been occupied by a social worker (Leah Purcell) and her latest client, a deeply troubled teenager (Billie Rose Prichard); a cop and his pregnant wife – visiting for his best mate's wedding – (Brendan Cowell and Anna Lise Phillips); and two incidental but vital blow-ins to the plot: a senior police officer (Cameron Stewart) and an Indigenous gay boy (Bjorn Stewart).

How these people interconnect is revealed in a grimly enthralling version of Six Degrees of Kevin Bacon – the game which reminds us that there's no such thing as coincidence; or that what some call coincidence is simply the natural interweaving of human lives. Since its first outing in 2009, courtesy WA's Black Swan, The Dark Room has been worked and reworked by Betzien and Cáceres in the name of their Queensland-based company, Real TV. It illustrates two things: a potentially wonderful writer and play can always be improved, and their potential reached, with the input of more time and more work. 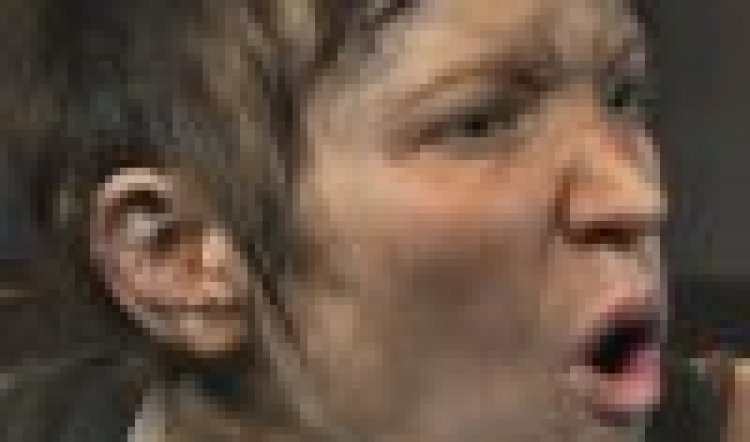 And the Sydney production – under the Ralph Myers regime in the Downstairs theatre – also gives them a dazzling, high-powered cast. Leah Purcell and Brendan Cowell have rarely been better – which is saying something anyway – while Billie Rose Prichard is an unrecognisable revelation. She is heart-rending and terrifying as the profoundly damaged kid who's grown up to be a both damaged and damaging. Over 80 minutes, straight through, the reasons why she is in the room, and how each of the others also occupied it at various points are gradually revealed. The process is like the peeling back of dressings covering a series of secret wounds. When the painfully bloody psychic mess is finally uncovered, the twin shocks of understanding and revelation are palpable in the audience.

Designer Michael Hankin and lighting designer Christopher Page have transformed the Downstairs space into a classic motel room that is dark both in its dreary décor as well as in its tenants' inadvertently shared histories. Composer and sound designer Pete Goodwin adds the final layer of atmosphere and unease in the only really "theatrical" element of the production. All in all, The Dark Room is a wonderful production; beautifully acted and directed, inspiringly well written and perversely entertaining. Not to be missed.