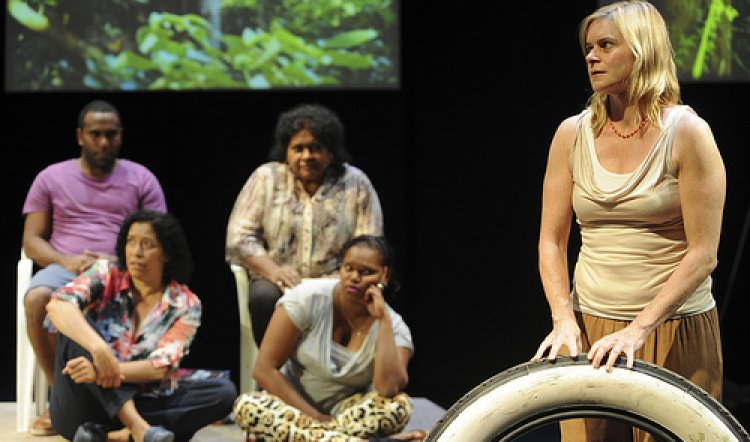 The program for this production calls it's a "theatrical documentary". Knowing this is possibly the key to enjoying and appreciating it, because it's neither a play, not a documentary, but is also both and at once fascinating and maddening because of that.

The title is part of the phrase once used by Queensland's tourism authority to sell the state to lesser mortals: "Ah Queensland: beautiful one day, perfect the next." It sounds good but in reality should be taken with the pinch of salt and cartload of irony that Donald Horne intended when he coined the much-misquoted "the lucky country" to describe Australia.

North-east of Townsville in Far North Queensland - the fabled FNQ - lies Palm Island which, from the images multi-screened during the show, is idyllic and well named; or should be, that is. In 2004 the suppurating infection that was the history of black-white relations on the island burst with the terrible death on the watchhouse floor of 36-year-old Mulrunji (Cameron) Doomadgee. The only other person in the watchhouse that day was Sr Sgt Chris Hurley, the arresting officer, a super-heavyweight (in boxing terms) at 115kg; he had arrested Doomadgee for causing a public nuisance.

In court in 2007 Hurley admitted that although he could not account for how or why, he "must have" inflicted the injuries - four broken ribs, a burst portal vein, facial and head wounds and a ruptured liver and spleen. Nevertheless, the jury acquitted him of manslaughter and similarly unpunished at subsequent inquests and investigations.

Beautiful One Day doesn't begin there, however, but some 100 years earlier when peaceful Palm Island was turned into a virtual penal colony for indigenous Australians. These were people from communities and peoples all over northern Australia and such was the power of the ineptly named Aboriginal Protection Board, they were forced to become islanders by the nature and indeterminate length of their incarceration.

Given the almost total control exercised by the Board and its administrators - from sundown to sun-up and in every aspect, from marriage, travel, money and health, through death, taxes and behaviour - it is a testament to successive generations Palm Islanders that what emerges in this show is reserves resilience, humanity and strength that are remarkable and humbling. 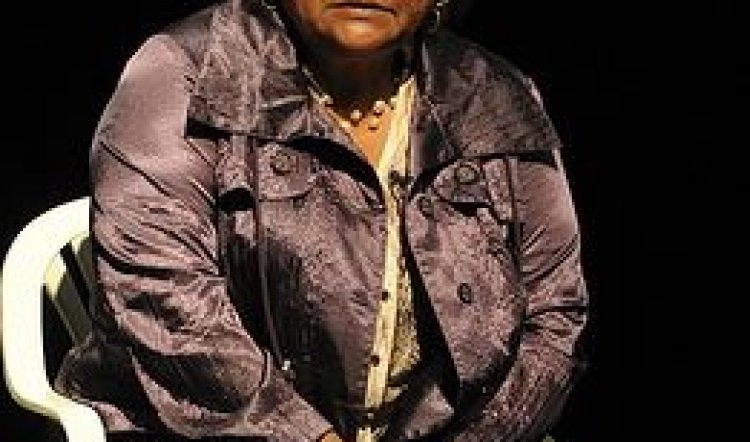 What is revealed about the appalling treatment of the islanders by successive Queensland governments and their local representatives is yet another shame among those already well-documented from other parts of the country. Nevertheless, the way these stories are told is, in the main, lightly handled and the result is a lot of laughter - which is always the most potent way to administer nasty-tasting medicine.

The second half gets bogged down in the understandable agendas of too many cooks adding too many ingredients to the broth. It doesn't spoil it, but a strong directorial or dramaturgical hand would have resulted in a dramatically better outcome. Personal politics probably militated against it, but a ruthless slash and burn to the last 10-15 minutes of repetitive discussion about "economic development" would put this show in the similarly powerful political entertainment category as, say, Namatjira. Instead, the energy and audience commitment visibly drain away at the very last, which is a pity.

Nevertheless, Beautiful One Day is strong enough, bold enough, entertaining enough and sufficiently shocking to keep a big mob enthralled for almost its entire two and a bit hours. And it's clear that thanks to the remarkable humanity of Palm Islanders, it's not only beautiful today, but - if they have their way - will be even more so in future in the light of their generosity, wisdom and determination to forgive. Extraordinary.