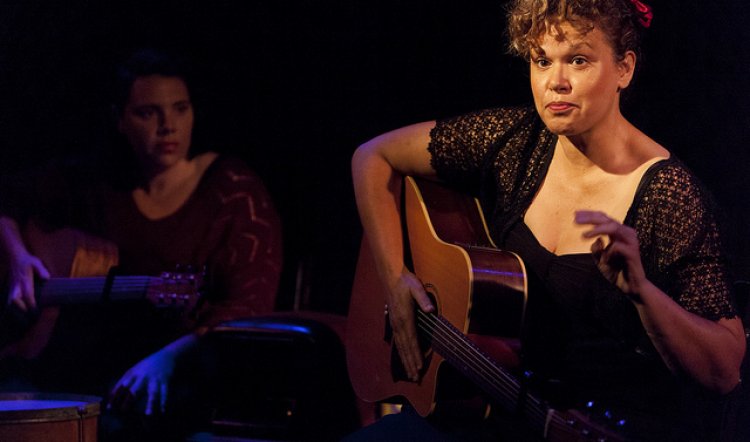 DONT TAKE YOUR LOVE TO TOWN

One way or another, 1988 was a big year in Australia, what with the Bicentennial and all that. In retrospect however, one of the most far-reaching events in that symbol- and controversy-laden year was the publication of Ruby Langford Ginibi's first volume of autobiography, Don't Take Your Love To Town.

The book and its author instantly became landmarks in contemporary culture - an Indigenous writer whose stories resonated powerfully with Australians in ways that were unfamiliar for most - both black and white - at a time when "Aboriginal" literature and art commonly meant accounts of the beginnings of history and creation that meant Dreaming, myths and legends and fantastical creatures. Ruby Langford Ginibi, on the other hand, told of a life and times - and told it in a way - that had more in common with the grit and hell-raise of Dorothy Hewett than with the poetry of Noonuccal.

For the majority of Australians - black and white - whose lives were inextricably bound up in the city and urban work - Ruby Langford Ginibi's book was like a bright light being turned on in a dark room. Similarly for the minority whose lives were still part of the cycle of rural toil; her book spoke vividly and truthfully of what it was like for most. She wrote of lives that were not of the elegant homesteads and endless acres of Patrick White's land owners, but more the back-break and sweat of D'Arcy Niland's Shiralee.

More than that, however, Ruby Langford Ginibi's story was universal. She wrote of the grinding poverty of the itinerant working class. Those who thought little of having to pack up the old car and go wherever there might be a chance of a few bob and a feed in return for a day's labour. Her story would be recognised by the old East Enders of London celebrated by Roberta Taylor; the wanderers of John Steinbeck's The Grapes of Wrath.

Nevertheless, as the title of her first book suggests, there was always more to Ruby Langford Ginibi than tragedy and heartbreak. Listing on the fingers of both hands the names of her child-a-year until she gets to nine, she wryly observes that she did indeed take her love to town. And that's where the irrepressible and magnificent Leah Purcell comes in.

This stage adaptation of the book has been simmering for a while now and both it and the actor had the blessing of the much-loved author who died in 2011, aged 77. The resulting show - crafted by Eamon Flack and Purcell - is a vivid, robust, exciting, candid and absolutely riveting. Directing herself, Purcell has achieved an extraordinary theatrical landmark with the piece. She is on stage for more than two hours - sending us to the bar for a drink at the interval - and her energy and our attention never flag for a moment. 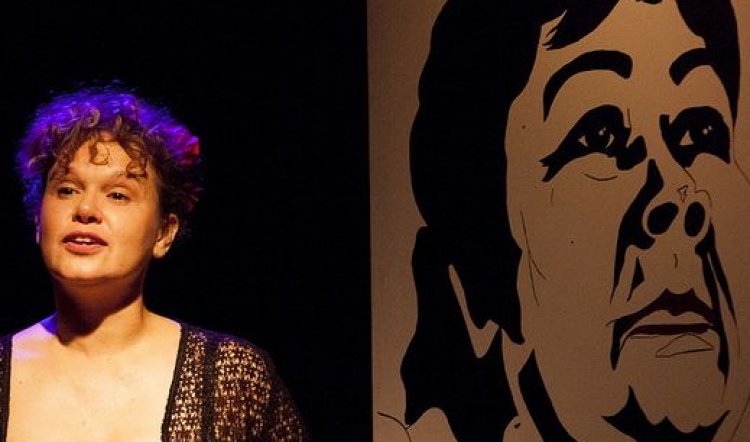 The script - taken directly and judiciously from the book - begins with a succinct, even terse, telling of Ruby's early story: born a Bundjalung at the Box Ridge Mission in Coraki, northern NSW; raised at Bonalbo, school at Casino. To Sydney by the age of 15 where she went to work in a Redfern clothing factory as a machinist. Her first child was born without benefit of knowing the facts of life and she muddled on from there.

Purcell first came to public prominence with her own semi-autobiographical Box The Pony (co-written with Scott Rankin). It was also a one-woman tour de force and she stole the audience's heart from the moment she danced on stage and began whacking the crap out of a big red punchbag. Now a grown-up and luscious 40-something, Purcell is a director, TV star and player in Australian film and theatre (Belvoir audiences will remember her as Condoleezza Rice in the David Hare play Stuff Happens) but this show takes her to another level again. Her performance is subtle, under-stated and so controlled that the audience cannot help but laugh and weep to command.

Light and shade and movement punctuate the relating of a some 50 years of tempestuous narrative. Singer-guitarist Nardi Simpson accompanies Purcell from time to time and also adds washes of music (by Steve Francis) that contrast or heighten the mood. The stage is bare but for the two women on chairs and an old wireless (echoing, tinny Patsy Cline) and Luis Pampolha's lighting complements the action and also highlights the paintings, by Lorna Munro, that mark moments in the life and times of the great lady. The simplicity of the piece makes the show all the more intense and memorable.

This premiere run of Don't Take Your Love To Town has already been extended; it must surely tour and return to Sydney in 2013, but don't miss it anyway. It's wonderful.